Abstract: Incidence of hypothyroidism in India is high and significant problem is that it is not being adequately controlled in the country at present. Neglected or ill treated hypothyroidism leads to neuro development delay in neonates, infants, toddlers and school going children. Homoeopathy can play an important role in management of hypothyroidism in early childhood.

Hypothyroidism is a common endocrine disorder resulting from deficiency of thyroid hormone. Usually presenting with low levels of Thyroxine (T4) levels and high/low levels of TSH. Hypothyroidism commonly manifests as a slowing in physical and mental activity but may be asymptomatic. Inadequately or untreated Hypothyroidism in pregnant females can compromise to fetal neurocognitive development.

It is the most common thyroid disorders in India, affecting one in ten adults. Prevalence of hypothyroidism in India is 11%, compared with only 2% in the UK and 4·6% in the USA.

In a clinic-based study from Mumbai, congenital hypothyroidism is common in India, the disease occurring in 1 out of 2640 neonates, when compared with the worldwide average value of 1 in 3800 subjects. Out of 800 children with thyroid disease, 79% had hypothyroidism. Common causes of hypothyroidism in these children were thyroid dysgenesis, dyshormonogenesis, and thyroiditis.

In another study About 14,762 children from all over India were studied, about 23% of subjects had a goiter.

Earlier iodine deficiency was blamed to be a cause of hypothyroidism, but disease is still prevalent, despite the promotion of iodised salt since 1983 when the national goiter control programme launched in 1962 was revised. The Central Council of Health in 1984 took a historic decision to iodize the entire edible salt in a phased manner by 1992 and included in the Seventh Five Year Plan (1985-1990) of Government of India. Environmental factors other than iodine deficiency might play a part in hypothyroidism in  India. Goitrogens and exposure to cyanogenic compounds, unregulated use of pesticides, unclean drinking water and exposure to industrial pollutants like resorcinol and phthalic acid are attributable factors to hypothyroidism.

Most common cause of hypothyroidism in pregnant females is the autoimmune disorder known as Hashimotos thyroiditis. The foetus and the infants are neurologically vulnerable due to the incomplete brain development in humans at birth. Children born to women with hypothyroxinemia had significantly higher ADHD symptom scores than children born to mothers with normal thyroid hormone levels during pregnancy.

Hypothyroidism in children can be classified as:

Congenital hypothyroidism is also associated with increased incidence of birth defects, specifically congenital heart disease. If Congenital Hypothyroidism remains untreated until 3 months after birth; the result would be the mental and physical retardation of the child.  It can produce devastating intellectual consequences. Brain development is absolutely dependent on normal thyroid hormone levels. [7] Congenital hypothyroidism is a relatively common condition, occurring in approximately 1/4000 births. It is twice as common in girls as in boys.

The causes of congenital hypothyroidism include the following:

Acquired Hypothyroidism adversely affects growth and school performance. A relatively common condition with an estimated prevalence of 0.1-0.2% in the population. The incidence in girls is 5-10 times greater than boys.

Acquired hypothyroidism may be due to a primary thyroid problem or indirectly to a central disorder of hypothalamic pituitary function.

Signs & symptoms of hypothyroidism in children

1. Prolonged yellowing of skin and sclera of eye (Jaundice)

In infants, if the serum total T4 is less than 85 nmol/L (< 7 mg/dL), with TSH more than 40 mIU/L, congenital hypothyroidism is likely. [9] If total T4 is low, and serum TSH is not elevated, Thyroxine-binding globulin (TBG) deficiency, central hypothyroidism, or euthyroid sick syndrome should be considered, and repeat testing may be needed.

Hypothyroidism being an endocrine disorder, resulting from the deficiency of thyroid hormone in the body. Hormones are present in small quantities and still they affect our body and bodily functions to a vast degree, similarly homoeopathic medicines having less concentration of crude drug substance and have dynamicity in its action can alter the state of disease or dynamically deranged vital force to regain the state of health.

While treating a case of hypothyroidism one should pay attention to its cause, so that we can identify the miasm and prescribe accordingly. Intrauterine history also plays a major role in case taking of such cases and should be thoroughly investigated to find out the most characteristic symptoms & thus helping in indicating the similimum.

There are various homoeopathic medicine which have a good sphere of action on thyroid gland, Mostly mineral group remedies are indicated in various thyroid disorders like Aurums, Barytas, Calcareas, Flourides, Iodums, Kali’s, Magnesiums, Mercurials, Phosphorus, Sulphur etc. Although other groups of remedies can be prescribed based on the totality of symptoms.

Homoeopathic Therapeutics
Baryta carbonica: This remedy brings aids to scrofulous children, especially if they are backward mentally and physically, are dwarfish, do not grow and develop swollen abdomen, take cold easily, and then have swollen tonsils. Offensive foot sweats, very weak and weary, must sit or lie down or lean on something. Loss of memory, mental weakness. Lost confidence in himself. Confusion.

Calcarea phosphorica : Idiocy of children, agile cretinism. It affects the Nutrition of bones and glands; bones become soft, thin and brittle; it promotes ossification of bones in non union of fractures. Girls slow in maturing. Retarded dentition. Peevish, restless and fretful. Glands are swollen. Anaemic children who are peevish, flabby, have cold extremities and weak digestion; they start convulsively when lying on back amelioration lying on side.

Thyroidinium : In myxoedema and cretenisim it’s effects are striking. Infantile wasting. Rickets. Delayed union of fractures. Arrested development in children. Improves the memory. Goitre. Excessive obesity. Has a powerful diuretic action in myxoedema and various types of oedema. Acts better in pale patients, rather than those of high color.

The foetus and the infants are neurologically vulnerable due to the incomplete brain development in humans at birth. Untreated Hypothyroidism should be taken as a priority in neonates and pregnant females. Decreased production of thyroid hormone has significant impact on growth & development. If timely managed in neonates and pregnant females can prevent irreversible mental retardation in a large number of newborns.

Hypothyroidism in pregnant females, infants and children’s should be treated cautiously and  sudden cessation of conventional treatment is not advisable to avoid growth and developmental delay. We can reduce the dosage of levothyroxine (most commonly used drug in conventional treatment) over the period of time with improvement in signs and symptoms after the prescribing the similimum. Homoeopathic medicines can play a significant role in controlling hypothyroidism in neonates, infants & children. 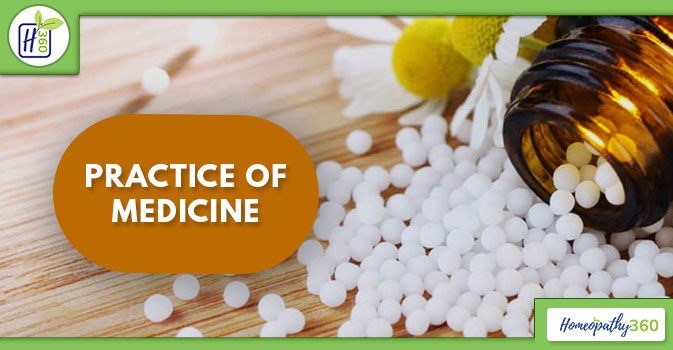 It is the process of formation of new sperm (spermatozoa) from the parent cell spermatogonia... Skin infection can occur at any age , and particularly when the skin becomes broken . The more...