Arsenicum Album Medicine Is Not Only For COVID 19 But Also Patent Medicine For Arsenic Patients.

THE FASCINATING WORLD OF INSECTA A Case Of Belladona ABSTRACT Homoeopathic Materia Medica is a record of symptoms produced by a drug on healthy human...

Dr.B.S.Suvarna Since the most ancient times , lime has been used in therapeutics and was...

Dr.B.S.Suvarna Carboveg on the other hand is principally indicated in states of advanced...

ABSTRACT : Homoeopathic materia medica can be studied in various ways. There are more than 3500...

The invertebrate animal—–with out back bone Included in arthropods. The largest and...

It was a short story of a beautiful lady. Now a day’s breast tumour is common gynaecological... ALUMINA PROVER– Dr. Hahnemann IT IS AN ANTI- PSORIC REMEDY. MENTAL 1. CONFUSION OF... 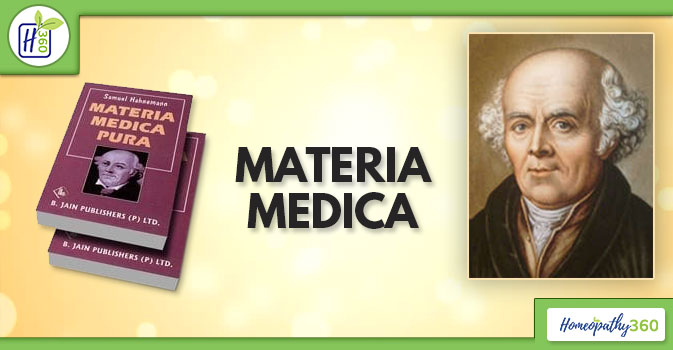 Cannabis indica or Indian hemp ,as it is commonly known by is an annual,indigenous to Northern... The bach remedies are closely related or analogous to homoeopathic remedies although they are...

HOMEOPATHIC MATERIA MEDICA: Homeopathy is a unique therapeutic system discovered by a German physician named Christian Friedrich Samuel Hahnemann. Etymologically the word Homoeopathy can be divided into 2 parts. “Homoeos” means “Similar”, “Pathos” means “Suffering”. Thus Homoeopathy means “to cure a patient with those drugs that produce similar symptoms to the sufferings of the patient”. For a beginner, layman it sounds strange, but, truth is always difficult to digest! In, the end Truth always triumphs.

Homeopathic Materia Medica – Homeopathy can be defined as a rational therapeutic system with the aim of curing the sufferings of a person by the administration of drugs which have been experimentally proved on healthy human beings that possess the power of producing similar sufferings. It is based on the law “Similia Similibus Curentur” that means “let likes be cured by likes. Stuart close, the author of the book “The Genius Of Homeopathy” defines “Homeopathy or Homoeotherapy is, the department of science in general medicine which has for its principal objects the observation and the study of the action of remedial agents in health and disease and treatment and cure of the disease by medication, according to a fixed law or a general principle”.

Homeopathic Materia Medica – Homeopathy considers a patient as a sick person in the first instance. “Treat the patient not the disease,” says Master Hahnemann. This leaves the beginner in a confused state, as all of us are conditioned by the dominant medical school. But the study of “Organon of medicine” in its whole extent will guide him in understanding this explanation. To a Homeopathic doctor the signs and symptoms reveal not only the name of the disease but also the medicine suitable to the patient. The homoeopathic doctor tries to find out the uniqueness in the suffering of that particular individual in comparison with the other individuals. Based on the symptoms of the patient he can even detect the earliest manifestations of a disease process before it can damage the anatomy of the patient.  It is believed that homeopathic treatment removes the infection by stimulating the natural defense mechanism of the body. Hence it does not interfere with the immunity. Since the times of Master Samuel Hahnemann homoeopathic materia medica was a collection of symptoms produced by a drug on healthy human beings. Samuel Hahnemann’s original materia medica proves difficult to the beginners.