Primitive psora increases subsceptility . organic diseases as results of secondary psora , diminish susceptibility , that is protective . see organon for relations of similars and dissimilars . If the psoric miasm is weak syphilis may subdue it and hold the psora down and a medicine so cripple syphilis that psora rises up again. In weakly subjects the primary and secondary manifestations come out feebly . in vigorous subjects they come out strongly. no matter whether it is due to a weak constitution or to drugs , the state of their withdrawal is the same , that of suppression and are operating on the internal man ; brain ., liver , bones etc., the periosteum , bones and brain are the tissues sought out , psora attacks the blood vessels , liver and makes deposits beneath the skin producing suppuration and boils . syphilitic boil is not a true boil . any medicine that is powerful enough to suppress the tertiary form is curative to the primary to the primary manifestation ; but they establish a terrible suppuration in the third stage that is mercury will cause either mild sore or a bad pragedenic ulcer . homoeopathic treatment takes hold and turn things into order , the chancre becomes painless a mild and harmless sore ; the bubo will suppurate but will heel up .the eruption and sore throat are modified and in most cases the hair will be saved , but in the latest manifestations we see an opposite state the tendency of the homoeopathic remedy is to aggravate . Take an old case of 10 years standing with weak mind with bi-parietal head aches and all the tertiary manifestations .Now in the break down period the suitable remedy can only restore him by bringing back primary manifestations . It may not and probably will not bring the chancre but it will bring back the sore throat and may destroy the soft palate but the bones and the periosteum get better and if you save his life or save him from insanity the suppressed manifestations must come back and they will come back under the proper remedy . He will first get relief from pain and think he is cured but pretty soon will get the tumors and patches in the throat for which he will go away and have local treatment again . then the pains return and he comes back to you and you must kick him out as you will not help him the second time and if you take him back he will be your worst enemy . but if he comes back third time you may make him promise to stay no matter what happens . It will probably not bring the condition a second time , the constitution will not stand it .. 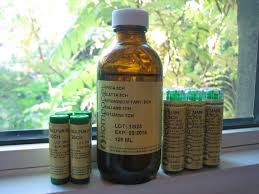 (A paper read to the Faculty of Homoeopathy on 25 October 1973) Less than ten years after... Abstract    Gangrene and its associated amputations are clinically challenging, but Homoeopathy... 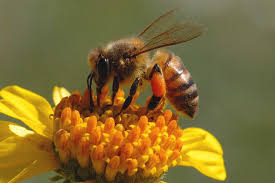 Common Name: honeybee     If something is swollen and besides … Acute...