The polycystic ovarian syndrome consists of benign growths arising in the ovary at any age from menarche to menopause. Patients can be asymptomatic or may present with oligomenorrhea or amenorrhea along with constitutional symptoms like obesity, infertility, obstructive sleep apnea and hirsutism. It is a lifestyle disorder and is associated with abnormal levels of androgen and other endocrine hormones. Management of the cases can be done using homoeopathic medicine with diet modification, exercise and weight loss. Polycystic ovarian syndrome (PCOS), formerly known by name of Stein-Leventhal Syndrome, was first originally described by Stein and Leventhal.[1] Ovarian cysts are benign growths, developing in the ovary and can be physiological or pathological. It can occur at any age from menarche to menopause but the average age of maximum incidence is 15 to 25 years. Ovarian cysts in girls before menarche and in adult females after the menopause may frequently be malignant. [2]

In this syndrome, there is chronic non- ovulation and hyperandrogenaemia along with normal or raised oestrogen and Luteinizing Hormone (LH) level and low Follicle Stimulating Hormone (FSH) to Luteinizing Hormone ratio. The raised oestrogen level gives negative feedback to the pituitary gland, resulting in diminished levels of FSH, but raised LH level. [1] Most common presentation is of a young female who complaints of oligomenorrhea and often amenorrhea of a few months duration. It may be associated with hirsutism, infertility, diabetes, obstructive sleep apnea, obesity and metabolic syndrome. [3] About half of menstruating girls may have enlarged ovaries without any symptom which is known as the polycystic ovarian disease (PCOD). [2]

The incidence of PCOS is increasing in modern society. Though the exact aetiopathogenesis of this disease is not well understood the hormonal imbalance is supposed to be the main reason behind the development of this disease. In the modern lifestyle, the overall environmental influences over normal reproductive life of a female and various psychological reasons like mental tension, grief, stress and depression are leading to stressful life for females and lead to the development of such lifestyle disorders. [2] And hence, this endocrine disorder is regarded as a lifestyle disease. [4]

No specific medicine is available in conventional medicine for the cure of PCOS and the management is done by diet, exercise and weight loss. Oral contraceptives, antiandrogens and selective estrogen receptor modulators are used to regulate the menstrual cycle. Laparoscopic surgical procedures like electrocautery and laser drilling can be used in certain cases. [3]

Dr J.H. Allen quotes in his book “The sexual and reproductive organ of women, are not the less free from the influence of miasmatic action indeed they have become a great centre of both physiological, psychological, pathological and therapeutic study for our profound consideration and most serious thought”.[5] By this statement, he stated that the disease which is related to the female reproductive organ as like PCOS is caused due to a combination of a variable factor out which the most common is suppression which can be the reason behind abnormal growth.[2] In homoeopathy, many medicines are available for this emerging disease of the modern era. Apart from diet, exercise and lifestyle management, carefully selected homoeopathic medicines can stimulate the ovaries and help in healing the disease. Indications of few Homeopathic medicines for PCOS are given below:

This medicine is suitable for the girls with amenorrhoea at puberty with scanty discharges of slimy blood and with pain in the ovarian region especially of right-sided with an associated complaint of the congestive type of headache and irritability, numbness down the thigh which is the most indicating symptom of the medicine. Menses appear only for a day or may appear after one day of the interval. It has also proved useful in affections of the left ovary. Suffocation and difficult respiration may also be present during the reflex cough. [7,6]

It is indicated in the cases of ovarian cyst with scanty menses, flowing more in the morning less in the night or vice versa[7] There is a pain in genitals, with the heaviness of back during menses aggravated at midnight and ameliorated by a bloody discharge and walking. Diarrhoea is also present before and during menses. Traces of menses is present between menstruation. Soreness of genitals may be found during menses. Parovarian cysts are within range of this remedy.[6] The patient may have irregular menses; sometimes very early at every two weeks and that too with profuseness, increased sexual desire. These symptoms are worse at night and better while moving.[8]

Patients with ovarian cysts and amenorrhoea, due to suppression of menses where severe chagrin and vexation has been the exciting cause. Pain in the abdomen which is more on the left ovarian region and is worse in an upright position; where the patient has to walk in bending position and press the painful side. The pain of lancinating type in ovary especially of the left side with great restlessness can be found. The patient is relieved by holding the abdomen with hands or by pressing the abdomen.[6] During menses, she has lack of spirit, irritability and indifference to the friends. [9]

Irregular menses which are too early or too late. Menses can be copious or of violent type, with sharp cutting pain in right ovarian region and bearing down sensation. All complaints are associated with vertigo and palpitation of the heart with great weakness.[6,9] In cases of atrophy of ovaries and mammae especially when associated with sterility (Con.). [8] Pain in ovaries and back is present during menses with atrophied, sallow and tawny skin.[10] This medicine is suitable for young women with amenorrhoea. In patients of ovarian tumour, when pain is extending to the shoulder and bearing down sensation is present in lower abdominal region and genitals which is extending down the thigh. Shooting pain is present in the right ovary, before and during menses.[8] Pain in the ovarian region, especially of the right side, with heat and swelling of lower extremities which is ameliorated by pressure and motion.

The incidence of PCOS is increasing day by day and is becoming one of the commonly encountered problems in society. The modern lifestyle is the most common reason behind it, which includes dietary factors, lack of sleep, stress, etc.

With a lack of cure in conventional medicine, homoeopathy can play a vital role in this condition. Although, any homoeopathic medicine can be selected on the basis of symptom similarity few medicines like Apis mellifica, Bovista lycoperdon., Cantharis vesicatoria, Colocynthis, Iodum, Kalium bromatum, Podophyllum peltatum, Prunus Spinosa, Rhus Toxicodendron and Thuja occidentalis are given to be more frequently indicated for ovarian cysts in our Homoeopathic literature. [10,11]So, a large number of medicines are available in the treasure chest of homoeopathy for the treatment of PCOS. And being a lifestyle disease, diet management along with exercise and weight loss should be advised to the patient when prescribing homoeopathic medicine. 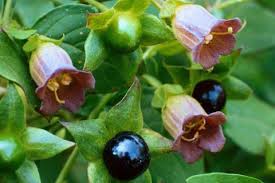 A recent news story claimed a popular homeopathic teething remedy is dangerous because it...

ABSTRACT Background: Vitiligo is a multi-factorial disorder where the skin loses pigments...