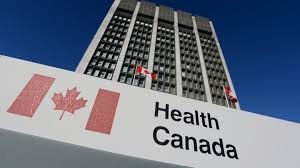 VANCOUVER — A homeopathic remedy made with the saliva of rabid dogs will no longer be available in the country, Health Canada says, although it continues licensing similar products by other brands.

The department launched an investigation after a complaint about a Victoria naturopath who used lyssin to treat a four-year-old boy for sleep and behaviour issues, prompting British Columbia’s health officer to say that could put patients at risk of contracting rabies.

Health Canada said in a statement Monday that lyssin, distributed by Helious Homeopathy in the United Kingdom, is not authorized for sale in the country and the individual involved has agreed to stop selling it.

In an earlier statement, the department said the company where the naturopath allegedly obtained the product does not hold a licence to distribute the ingredient.

The sale of unlicensed natural health products is prohibited and could result in a $5,000 fine or up to three years in prison, Health Canada said.

Practitioner Anke Zimmermann detailed her use of lyssin in a blog post earlier this year, saying it successfully treated the boy.

In an earlier interview, she likened the remedy to antivenin, which may include a small dose of venom to treat a snake bite.

Zimmermann said while the remedy begins with saliva that contains rabies, she doesn’t believe any virus remains in a sugar pill that has been extensively diluted.

On Monday, she said the dispute was not based on the choice of treatment but on whether the product was authorized for use.

She said Helious Homeopathy has many other products that are authorized in Canada, and she didn’t realize lyssin wasn’t one of them.

On the Health Canada website, companies Natural Equivalents Incorporated and Homeodel Inc. are listed as holding active licences for lyssin in Canada.

Zimmermann said she intends to switch to a licensed product in order to adhere to Health Canada regulations.

“What’s really important here is the child got better,” she said, adding lyssin has been a successful treatment for other patients, including adults.

The BC Association of Homeopaths also defended the use of the product in a letter to the provincial health officer.

“The end product doesn’t bear any toxicity or infectious elements that would be a threat to the public,” the association said in the letter.

But Health Canada said it will “take further action, if necessary, should any additional non-compliance or risk to health be identified.”

It said the College of Naturopathic Physicians of British Columbia has also been informed.

The BC Naturopathic Association has filed a complaint with the college, claiming Zimmerman may have breached the association’s code of conduct and code of ethics for naturopathic doctors.

It notes that Zimmermann is not a member of the association but her conduct still reflects on the organization.