World Alzheimer’s Day is celebrated on 21st September every year in order to raise the awareness about Alzheimer’s disease and Dementia.

Alzheimer’s disease, the most common form of dementia, is a progressive brain disease which results in loss of memory and thinking skills. It destroys the brain cells resulting in memory loss, erratic behavior, and loss of body functions. This disease usually starts slowly but gets worse with time, presenting as difficulty in remembering the recent events, forgets the names of people like old friends, addresses, even names of the roads and other things, eventually resulting in the inability to look after daily activities and basic needs. Alzheimer’s disease mostly affects elderly people. The exact cause of Alzheimer’s disease is not yet known. Certain complex events occurring in the brain appear to cause this disease.

The theme for the 2021 campaign is Know Dementia, Know Alzheimer’s and all about the power of knowledge.

So let’s shine a light on the warning signs of dementia and the importance of a timely diagnosis to prevent the occurrence of Alzheimer’s.

Withdrawal from social and leisure activities 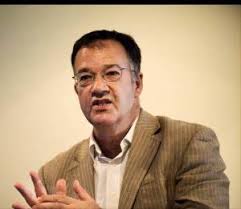 Form will be released most probably from 1st April 2020.Receipt of Online Application – 01... References invited to council’s Advt. no. 13/2020 regarding engagement to the post of...