Vitiligo is a chronic disease characterised by loss of skin colour in patches because of disappearance of melanocytes in the affected area. This article deals with an overview of Vitiligo, including its etiological factors, pathogenesis, clinical patterns, clinical features and diagnosis along with homoeopathic management of the same, covering all three aspects namely organon, repertory and materia medica.

Introduction: Vitiligo is a chronic systemic acquired disease that has an unpredictable clinical course, characterised by the appearance of macules and achromic or hypochromic patches on the skin and mucous membranes due to the disappearance of melanocytes in the affected area. These lesions can appear in different shapes and sizes.1Vitiligo has a pronounced impact on the physical and mental health of patients, including loss of skin photoprotection, compromised cutaneous immunity, and an appreciable reduction in quality of life2.The disease affects both genders equally, it can appear at any age. The prevalence of vitiligo has been estimated between 0.5% to 1.13% in India.1Vitiligo affects 1% of the general population, the risk of a patient’s sibling developing the disease is 6%, and for an identical twin 23% 3.

Site.–Vitiligo patches can appear anywhere on the skin, but commonly affected sites include the area around the orifices, the genitals or any sun-exposed areas such as the face and hands. The hair and rarely, the eyes may also be affected.4,5

Aetiology and precipitating factors-Exact aetiology is unknown and different patterns of vitiligo have different pathogenesis.4,5

Presence of antibodies to melanocytes.

The pathogenesis is complex and involves the interplay of multiple factors. The pathogenesis of vitiligo elaborated by several theories like the neural hypothesis, autoimmune hypothesis and biochemical theory6.

Neural theory– Segmental vitiligo is present along a dermatome in distribution of nerve  it has been hypothesised that a toxin which destroys melanocyte, is released at the nerve ending6.

The autoimmune hypothesis –According to this, vitiligo patients, immunoglobulin G (IgG) and immunoglobulin M (IgM) against melanocytes were found , low levels IgA may also be found 6.

1. Miasmatic diagnosis- Complete absence or diminution of melanocytes from the birth is due to syphilitic miasm and cure by anti-syphilitic medicine. Case with the function of melanocytes is defective it represent sycotic miasm. Secondary depigmentation during the cause of illness due to psora, sycosis and syphilis or an combination of two or three of them.7,8,9

2. Repertorial approach– Vitiligo related rubrics are present in various commonly used repertories, which serves as a guide for selection of best simillimum.10,11,12,13

Swelling and discoloration, skin tense and shows every tint of color, with excruciating pain. Vesication. Sallow. Yellow color of the whole body. Great sensitiveness of skin of right half of body.

Formication all over the body,

Discussion and conclusion- Vitiligo is an autoimmune disease. It is an external expression on the skin due to internal dysfunction at the level of immune system. Homoeopathic medicine   are selected on basis of individualistic approach after the case taking in every case of vitiligo which is  based on affected area of vitiligo, spread of vitiligo, emotional, past history, family history, etc. There is no single specific remedy for all case of vitiligo. Homoeopathic medicine controls the spread of vitiligo  by stimulating the skin pigments to generate melanin and help to regain the normal skin color. 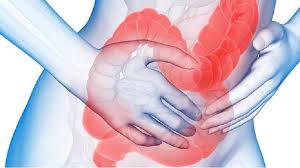 Abstract: Dr S.Haque is an eminent Homoeopath, served as member in scientific advisory...