Parkison’s Disease and Its Homoeopathic Management

ABSTRACT– Parkinson’s disease (PD) is defined as common neurodegenerative disease. Early concepts of looking PD was as purely a motor disorder have led the way to seeing it as a much more widespread neurological disease with affective, cognitive, and autonomic manifestations. PD is caused by the death of dopaminergic neurons of the substantia nigra within the midbrain. This article deals with an overview of Parkinson’s disease, focusing upon its various aspects along with Homoeopathic management.

INTRODUCTION– Parkinsonism is a clinical syndrome characterized primarily by bradykinesia, with associated increased tone (rigidity), tremor and loss of postural reflexes. There are many causes of the same but the most common is Parkinson’s disease.

PATHOPHYSIOLOGY– The pathological hallmarks of PD are depletion of the pigmented dopaminergic neurons in the substantia nigra and the presence of α-synuclein and other protein inclusions in nigral cells (Lewy bodies). It is considered that environmental or genetic factors alter the α-synuclein protein, rendering it toxic and leading to formation of Lewy body within the nigral cells. Lewy bodies are found in the basal ganglia, brainstem and cortex, and they increase with disease progression. PD is known as a synucleinopathy alongside multiple system atrophy and dementia with Lewy bodies. The loss of dopaminergic neurotransmission is mainly responsible for many of the clinical features.

INVESTIGATIONS – The diagnosis is clinical. Structural imaging (CT or MRI) is usually done for normal age and thus rarely helpful, although it may support a suspected vascular cause of parkinsonism. Functional dopaminergic imaging (SPECT or PET) is abnormal, even found in the early stages, but do not differentiate between the different forms of degenerative parkinsonism and so is not considered as specific for PD. In younger patients, specific investigations may be appropriate for the diagnosis (e.g., exclusion of Huntington’s or Wilson’s diseases). Some patients with family histories might wish to undergo genetic testing, although the role of genetic counselling is also uncertain at present.

DISCUSSION AND CONCLUSION- Parkinson’s disease has often impacts people differently. While some patients rapidly develop severe symptoms, others live decades with only minimal impact from their disease. Treatment of the causes of PD can be effective, however in allopathy the drugs used in such cases is immense harmful to the body for long term consumption whereas Homoeopathic Materia-medica is enriched with many such symptoms in their remedies with minimal harmful effects to the human body, so their effectiveness has to be explored further to relief the suffering of mankind as well as research perspective to enrich the homoeopathic literature.

7. Allen HC. Keynotes and Characteristics with Comparisons of some of Leading Remedies of the Materia Medica. 4th Edition. Philadelphia, Pa

OCD DURING COVID-19 AND ITS HOMOEOPATHIC MANAGEMENT For the first time in our lifetimes we are... 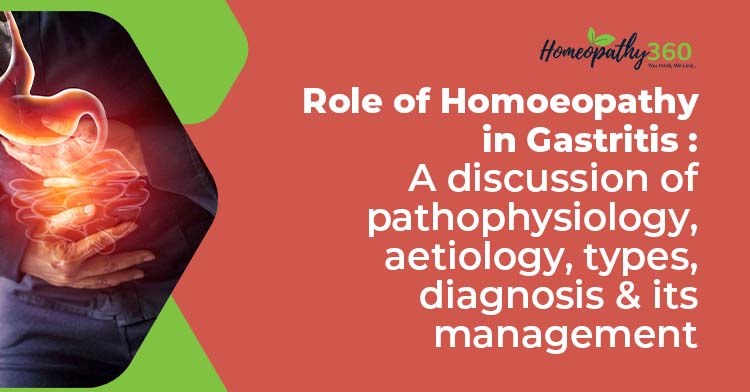 ABSTRACT: An acute and chronic inflammation of gastric mucosa is known as gastritis the...

Abstract: The oral health is now recognized as equally important in relation to general health...