Homoeopathic aggravation and its utility in cure

Home » Homoeopathic aggravation and its utility in cure

Abstract: Homoeopathic aggravation is a unique concept for homoeopathy and homoeopathic remedies are selected on the basis of totality of symptom and the most appropriate simillimum remedy is prescribed to the patient. When a simillimum medicine is prescribed to the patient, at times a temporary intensification of the symptoms may occur. This aggravation shall be mild and generally last only for a short period of time with cure.

As Paracelsus said, “The physician springs from God”. He should therefore cultivate that relationship of faith with the patient in which resides the key to the healing miracle, which is accomplished through the physician’s voice and hands and the patient’s faith1.

Aggravation means the increase of intensity, duration or degree of suffering.  After founding the basic principles of homoeopathy and at the same time as gaining practical experience, Master Hahnemann continuously worked on achieving the application methods to avoid aggravations and to provide a rapid, gentle and permanent cure1, 2, 3, 4, 5.

One may witness the following aggravations in homoeopathic practise:

An aggravation of the patient’s disease occurs if treatment is inadequate and the natural disease and its pathology progresses1, 2, 3, 4, 5.

Medicinal aggravation denotes the appearance of new symptoms of the medicine administered to the patient in addition to the disease symptoms1, 2, 3, 4, 5.

Homoeopathic aggravation is the slight and apparent intensification of the existing symptoms of the patient (symptoms which are similar to the medicine given) after the administration of a Homoeopathic medicine, Similar symptoms are felt by the patient immediately after or within few hours in acute diseases and within few days in chronic diseases but the patient feels better and improvement follows1, 2, 3, 4, 5.

Master Hahnemann, “Least of all, need we to be concerned when the usual customary symptoms are aggravated and show most prominently on the first days, and again on some of the following days, but gradually less and less. This so-called homoeopathic aggravation is a sign of an incipient cure, which may be expected with certainty3, 4, 5.”

The first hint regarding homoeopathic aggravation which came in mind of Master Hahnemann is found in his “Essay on a New principles for ascertaining the curative power of drugs ”1796, “in  a case of chronic disease a medicine be given, whose primary action corresponds to the disease, the indirect secondary action is occasionally exactly the state of body sought to be brought about; but sometimes (especially when a wrong dose has been given) there occurs in the secondary action a derangement for some hours, seldom days. Thus, a somewhat too large dose of henbane is apt to cause, in its secondary action, great fearfulness,” etc4.

The first very distinct and decided case mentioned by Master Hahnemann of a real homoeopathic aggravation in the year 1797 in a case of colicodynia, or spasmodic colic of excessive severity by Veratrum album, on the healthy induced him to try this medicine4.

In the “Essay on a New therapeutic principle”, a case of spasmodic asthma, puerperal mania and convulsion by Veratrum album4.

In the “Essay on the Obstacles to Certainty and Simplicity in practical Medicine”, a case of spasmodic asthma by four grain of Nux vomica4.

The concept of minimising of dose comes in mind; again, and again smaller possible dose, then Hahnemann gives the concept of the 50-millesimal potency5.

When most similar medicine is applied to a patient, the existing symptoms intensified by the primary action of medicine upon vital force as:

Master Hahnemann has mentioned in Organon of Medicine –

§26…A weaker dynamic affection …its manifestations, as homoeopathic law of nature.

§ 29…A somewhat stronger, …on account of the shorter duration of the action of the medicinal agent that now morbidly affects it, the vital force soon overcomes this, and as it was in the first instance relieved from the natural morbid affection.

In §148…the most probable explanation for how homoeopathic cure takes place.

This section is rewritten in 6th edition as:

In footnote (148 of 6th edition or 149 of 5th edition): It discusses the careful selection of the medicine and difference between pure homoeopathist and mongrel sect.

§ 282, artificial disease will supernumerary itself for the natural disease, therefore the living organism now suffers from the artificial medicinal disease alone, which, from its nature and owing to the minuteness of the dose, will soon be extinguished by the vital force that is striving to return to the normal state, and the body is left perfectly free from disease.

Administration of even a minute dose of an appropriate medicine may cause slight aggravation of the existing symptoms. Because, the homoeopathic medicinal power is greater than the power of natural disease and it is at the same time similar to the disease, so aggravation is quite natural.

The funny event in this homoeopathic aggravation is that the patient feels mentally better though his symptoms appear to have aggravated. The patient enjoys a feeling of general well-being in- spite of the aggravation of his eczema, headache, fever, burning of palm and soles, etc5.

Views on homoeopathic aggravation by stalwarts:

Dr Stuart Close, The “homoeopathic aggravation” or slight intensification of the symptoms which sometimes follows the administration of the curative remedy, is simply the reaction of the organism, previously possibly inactive or acting improperly because of diminished susceptibility, as it responds to the gently stimulating action of the medicine6.

Dr Herbert Alfred Roberts, if the remedy acts there is changes in the symptoms either in character or degree of intensity, may there is disappearing the symptoms or increase the symptoms and all these changes produced by the action of the medicine upon vital principle or vital force: these changes we as a homoeopathic physician must study7.

Dr William Boericke, aggravation follows sometimes even a minute homoeopathic dose. If so, it indicates that either the dose selected is still too strong, and in that case other symptoms will probably appear or the remedy chosen was perfectly homoeopathic9.

Dr Mitrachandra Laxman Dhawale, The fine changes in the symptomatology after a remedy is administered are easily missed unless the physician is quite alert. These changes also help him to judge the accuracy of his prescription, regulate the administration of the remedy and effect appropriate changes in the prescription from time to time10.

Dr Hahnemann, in Organon of Medicine, has observed as follows:

In §155, After employment of most appropriate remedy they act only the symptoms to that correspond to the symptoms of the disease through excessively minute dose.

In §158, slight homoeopathic aggravation during first hours is a good prognostic sign in acute disease.

In §159, the smaller the dose the slighter and shorter the Homoeopathic aggravation in first hours.

In §161, in chronic diseases, homoeopathic aggravation takes place during the first six, eight or ten days and last for several hours.

In 6th edition, homoeopathic aggravation appears only at end of treatment, when cure is almost or quite finished.

In §280, dose should be reduced to such an extent that they can excite only a scarcely observable homoeopathic aggravation.

The fine changes in the symptomatology after a remedy is administered are easily missed unless the physician is quite alert. These changes also help him to judge the accuracy of his prescription, regulate the administration of the remedy and effect appropriate changes in the prescription from time to time.

There are several factors on which homoeopathic aggravation depends. These are as follows:

1. Nature of the disease:

2. Conditions of the constitution of the patients where we observe exaggerated form:

In a remittent fever, the reaction may come in a very few hours, and the one dose should be the rule.

Hahnemann himself wrote of the 30th potency in one of the stages of his life, as sufficiently high and sufficiently low.

Kent also admitted that he never made the claim that every potency will suit everybody.

4. Repetition of the medicine: While in typhoid the reaction will seldom come in few hours. It is a matter of a few days, and hence the repetition is admissible.

Conclusion: Though aggravations are dreadful and troublesome still sometimes is also useful in bringing homoeopathic cures. For achieving a homoeopathic cure, stronger artificial affection has to be produced which hardly can be exactly estimated as to the strength of the natural disease.

Master Hahnemann also admitted in §160 as “the dose of a homoeopathic remedy can scarcely ever be made so small”.

Now it is great challenge before the profession to regulate and put forth proper guidelines to the thousands and thousands homoeopathic prescription served daily all over the world so that aggravation can be minimised and proper cure can be achieved, it requires a good deal of experimentation. 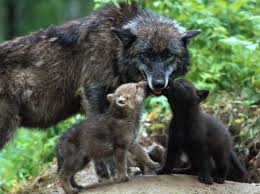 Abstract: There is a strong sycotic thread to be found in Lac lupinum (milk of wolf)... Researchers have advised that high daily doses of vitamin E and C taken together reduce the risk... Abstract: A female came with the complaint of pain in right lower limb during her periods. Pain...