[Abstract: This article deals with the understanding of the concept of the epidemic diseases and its importance in Hygiene with the contest of Homoeopathy, on the light of the teaching of our Organon of Medicine & Homoeopathic Philosophy that, whatever may the epidemic diseases are, what to do with them, how to select the remedies and how to manage the cases Homoeopathically for preventive or curative purposes are also expressed in this article.]

Image of the Theme of the Topic (Images.app.goo.gl)

Introduction: Pandemic is the popular term of today which is used to describe an epidemic when the spread is Global. Whereas Epidemic is an outbreak that affects many persons at one time and can spread through one or many communities. The  Greek word, ‘epi’ means ‘upon’ and ‘demos’ means ‘people’; so epidemic means ‘upon the people’. And the Hygiene related with the conditions or practices, to maintaining health and preventing diseases, especially through ‘cleanliness’.

Definition: Epidemic diseases are the type of acute diseases that affect several people, with very similar types of sufferings from the same causes at the same time. Dr. Hahnemann uses the words infectious and contagious (Aphorism: 73), in these contexts, as the epidemic becomes infectious and contagious when spreads among the thickly populated areas. Each and every epidemic is an unique and a peculiar one, though seemingly they are identical in origin. As like any other acute disease, when epidemic diseases left to the infected person, they terminate either in death or recovery of the patient. The cause of the epidemic diseases may be due to calamities of war or floods, famines etc.

Types: Epidemic diseases are characterized by two types, recurrent and non-recurrent. One may recur in the same manner more than once in the lifetime of a person; for examples plague Levant, Asiatic cholera, yellow fever of the sea cost etc. Another, which are fixed in type, attack many people only once in lifetime; examples small pox, whooping cough, measles, bright red scarlet fever etc.

We the so-called homoeopaths prescribe as we think, but a Homoeopath should prescribe the medicines by the actual interpretation of the demand of the patient.  In-spite of the common signs & symptoms of the epidemic disease, if the patient shows the characteristic signs & symptoms of a particular medicine that will act as a specific remedy in that case. Now, how will we achieve the Homoeopathic specific?

1. Survey on positive cases, with the permission by the authority or,

2. Survey on positive case after recovery, if possible and,

3. Survey on published literatures reviews references to be authentic.

There are three approaches which may be used to select the remedy for prophylaxis of a prevailing epidemic as per the ideas from our Organon of Medicine:

Each and every epidemic disease is differing from other and every episode of the epidemic has to be treated by as a new one. After examining several cases in that locality, remedy has to be observed selected on the base of entire totality, from the group totality. However, a careful observation, can select the ‘Genus-epidemicus’, (Aphorism: 102). The Genus-epidemicus is the remedy selected homoeopathically for those diseases in which several patients have similar sufferings from the same cause; and the medicine can be used not only as a curative, but also as a preventive agent against this particular epidemic only.

Take one of the acute epidemics, not for the purpose of diagnosis, as this is easy, but to arrange it for a therapeutic examination.

Now let the homoeopath take the next step, which is to find in general the remedies that correspond to this epidemic. By the aid of a repertory he will write after each one of these symptoms all the remedies that have produced that symptom.

Discussion on ‘Proving of homoeopathic drugs can enhance the immunity’:

The habitual prover, who got protection from acute or seasonal diseases, undertaking proper methods of ‘Homoeopathic Drug-Proving’.

Discussion on ‘Prevention before birth with constitutional treatment’:

Constitutional treatment in each and every individual person is the best method of prevention in Homoeopathy, for any epidemic disease, under a qualified and responsible Homoeopath only.

Although we know, first onset of an epidemic attacks the masses mercilessly due to its virulence and unknown to our immune system or might be due to repeated exposer make us prone to morbidly susceptible towards the infectious; but Susceptibility is prior to all contagion. If an individual is not susceptible to ‘Small Pox’, he cannot take it, and will not receive it though he goes near worst cases, or eats a Small Pox crust or same as often swallowed a whole spoonful of comma bacillus in Cholera.

When, we living in unhealthy surroundings, eating improper food, leading a disorderly life etc. creates a favourable condition, fertile base of the field to forming the colony of the germs. That is the province of Hygiene, alone is sufficient to restore many sick persons to health. Whereas Morbid-Susceptibility to be counter with internal Medicine.

‘Make a study of Hygiene in its relation to Medicine!’ Know the nature and relation of the science of Therapeutics and Hygiene.

1) That Therapeutics concerns herself only with the discovery and selection of an individually specific remedy for each individual case of disease; which is done in accordance with a Therapeutic law.

2) That the province of Hygiene is to discover. That Hygiene alone is sufficient to restore many sick persons to health.

3) The practicing physician is at one the same time Hygienist and Therapeutist, employing often, therefore, for the same case both specific remedies and various ‘auxiliaries’.

4) That in so far as Hygiene is concerned, Homoeopaths and Allopaths occupy common ground,-the philosophy of the science which is being the same for both however modified and shaded in practical application by the different Therapeutics of the two school.

5) That in Therapeutics alone – that is, in the discovery and selection of the individually specific remedy for each individual case of disease – do we differ radically from the old school of medicine, –the Allopaths having, in fact, no science of Therapeutics, whatever their philosophy of cure is being an application of the principles of Hygiene to all diseased conditions.

Hence, The Science of Homoeopathic Therapeutics has the especial role in internal Medicine.

Dr. Samuel Hahnemann achieved name & fame from his effective treatment of ‘Cure and Prevention of Scarlet Fever’, in 1801 by Belladonna as a specific prophylactic remedy for Scarlatina (Aphorism: 73, footnote) and a kind of purpura miliaris, which came from the west also successfully controlled by the use of Aconite, as Genus-epidemicus.

For the purpose of Homoeopathic Prophylaxis, we should remember and wouldn’t anchor any misconception in our mind that the Homoeopathy (“similia similibus curentur”, means let like be treated or cured by like; i.e. stronger and similar in manifestation, whilst differing in kind), with Isopathy (“equalia equalibus curentur”, means same cure same.) or Tautopathy (“for every substance, small doses stimulate, moderate doses inhibit, large doses kill”.) and they are not the same.

Our therapeutics aim at first to select a Genus-epidemicus or an acute remedy as per the demand of the patient to control the acute episode of the epidemic and followed by true Homoeopathic Constitutional Treatment as per Individualisation in each and every case must be needed.

Hence, as Homoeopathic Therapeutics, we should know the difference and our duty as well as responsibility as Hygienist and Therapeutist, clearly before in our mind.

At last, we may conclude that Homoeopathy cannot prove itself in Test-Tube Science, but has been proved to be effective and has shown Evidence based Science. Dr. M.L. Tyler says, “Law does not fail. It is we who fail in our attempts to put it in action.” When an aeroplane crashes no one says, “The laws of gravitation – motion – physics – have failed in this case!” – the fault is sought in faulty adaptation. Law is inexorable. [19] As responsible Homoeopaths hope, we should confirm the FACTS, for the benefit of our suffering society, by the true practice of Homoeopathy, only.

1) Homoeopathy only considers ‘Cure’ as, “recovery undisturbed by after-sufferings,” and ‘Healing’ can be understood, ‘treat the whole and care after recovery’.

2) Homoeopathy is the Best Science of Internal Therapeutics Medicine both for preventive as well as curative purpose of the epidemic diseases, whether we realise it or not.

3) Homoeopath should follow the teachings of our Homoeopathic Stalwarts, respecting to our Laws and Principles only.

Dept. of Organon of Medicine, AJSHMC&RI, Mehsana, Govt. of Gujarat – G. I. A Institution. Change in weather also brings changes in the health, environment and dietary habits. Change in... 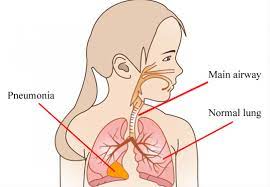