Different Non- Medicinal Therapeutic Measures as mentioned by Hahnemann in Organon of Medicine are as follows:

Friedrich Anton Mesmer (1734-1815)was an Austrian physician who worked with a vital, moving “universa lfluid,” present everywhere, allowing no vacuum, capable of penetrating bodies. It was the basic, primordial “ocean of fluid” which directed and controlled all natural processes and was responsible for the progress and outcome of all diseases.It could be activated by any magnetized object and manipulated by any trained person. Disease was the result of “obstacles”in the fluid’s flow through the body, and these obstacles could be broken by “crises” (trance states often ending in delirium or convulsions – through the processes of “perturbation,””coction,” “evacuation”) in order to restorethe harmony of organismic fluid flow.
Some individuals have considered that the section on Mesmerism was inappropriately included inthe Organon. But Hahnemann considered the phenomenon so important as to culminate the Organon by means of it. We shall now take a look at what he has to say on the subject and the twentieth century advances and forms of this therapeutic approach.

MESMERISM Definition:-
The therapeutic method of communication of human power upon the human organism by a well intensioned person powerfully exerting his will.The means by which the power is communicated is called Passes.

Modus operandi:-
Action is Homoeopathic by the production of symptoms similar to those of the diseased states to be cured.It is useful by distributing the vital force uniformly throughout organisms, when it is in abnormal excess in one part and deficient in other parts.
By the immediate communication and restoration of the vital force to some weakened part or to the whole organism.

Positive Mesmerism:
Definition: It is one of the methods of practicing mesmerism characterized by influx of more or less vital force into the patient by positive pass. Positive pass consists of a single pass made, without much exertion of will, with the palms of the hands not too slowly from the top of the head downwards over the body to the tips of the toes.

In case of Uterine Haemorrhage, even in the last stage when death seems approaching.

In rush of blood to the head and sleepless, anxious restlessness of weakly persons.

When an internal chronic dyscraia has transferred its important local symptoms as for example, in the case of old ulcers, paralysis of certain limbs.

Negative Mesmerism:
Definition: Another method of Mesmerism characterized by the discharge of the Vital force which is excessively accumulated in individual parts of the system of undebilitated persons by negative pass.

It is just opposite of Positive Mesmerism as it produces contrary effect.

Negative passes consists of making a very rapid motion of the extended flat hand from the top of tthehead to the tips of the toes, placing the hand parallel to and about an inch away from the body of the patient.

The more the rapid the pass, the more injurious to a delicate person affected with a chronic ailment and deficient in Vital force.

To rouse from a somnabulic sleep.

Sudden suppression of menstruation in a previously healthy woman by a violent mental shock.In such case, the vital force which probably accumulated in the precordial region will by such negative pass, be discharged and its equilibrium throughout the whole organism be  restored so that resuscitation generally follows immediately.

To antidote the bad effects of Positive Mesmerism.In like manner, a gentle, less rapid, negative pass diminishes the excessive restlessness and sleeplessness accompanied with anxiety sometimes produced in very irritable persons by a too powerful positive pass, etc.

It is a well known rule that a person who is either to be positively or negatively mesmerised, should not wear silk on any part of the body.

Hence a negative pass, especially if it be very rapid, is extremely injurious to a delicate person affected with a chronic ailment and deficient in vital force

A strong country lad, ten years of age, received in the morning, on account of slight indisposition, from a professed female mesmeriser, several very powerful passes with the points of both thumbs, from the pit of the stomach along the lower edge of the ribs, and he instantly grew pale, and fell into such a state of unconsciousness and immobility that no effort could arouse him, and he was almost given up for dead. Hahnemann asked his eldest brother to give him a very rapid negative pass from the crown of the head over the body to the feet, and in one instant he recovered his consciousness and became lively and well.

Dose of Magnets can be modified by the length of time of contact with one or the other pole , according to the symptoms of either north or south pole indicated.

Antidote to violent action of Magnets: A plate of Polished Zinc.

Diseases can be cured by above means:

Diseases of Sensibility and Irritability.

“ The positive pure action of both upon the healthy body have until the present time been little tested”.

Lack of sleep due to slow convalescence.

To reach and restore the tone of the muscles and blood and lymph vessels.

In persons cured medically of chronic diseases and with deficiency of vital heat, act as a Homoeopathic Aid. 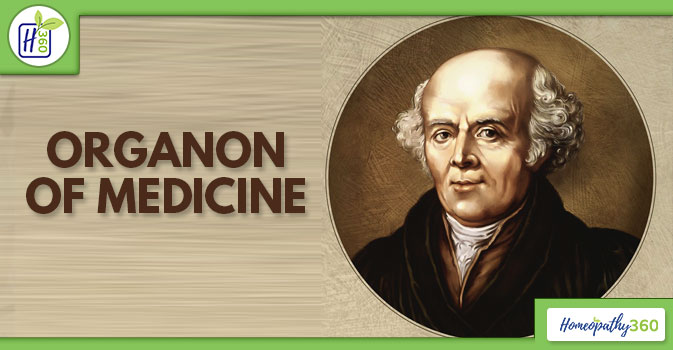 The word ‘Homoeopathy’ is derived from two Greek words, Homo means Similar and...