What the physician must perceive? - homeopathy360

Home » What the physician must perceive?

This article encompasses Kent’s frame of reference concerning the significance of a physician’s discernment during case taking as per Lectures of homoeopathic philosophy.

A homoeopathic physician not just sees but perceives.

A physician should perceive what is curable in disease, curative in medicine hence he understands the individuality of the patient through holistic approach to cure.

In agreement with Hahnemann in aphorism 3- “If the physician clearly perceives what is to be cured in diseases, that is to say, in every individual case of disease: if he clearly perceives what is curative in medicines that is to say, in each individual medicine; and if he knows how to adapt, according to clearly-defined principles, what is curative in medicines to what he has discovered to be undoubtedly morbid in the patient, so that recovery must ensure-to adapt it as well in respect to the suitability of the medicine most appropriate according to its mode of action to the case before him, as also in respect to the exact mode of preparation and quantity of it required, and the proper period for repeating the dose; if finally, he knows the obstacles to recovery in each case and is aware how to remove them so that the restoration may be permanent: then he understands how to treat judiciously and rationally, and he is a true practitioner of the healing art”

Hahnemann had a deep vision when he used the word perceive instead of see in view of the fact that See means to notice or become aware of someone or something by using your eyes and perceive means to attain awareness or understanding.

This chapter is bacon of light for the physician of this generation to appreciate Kent’s point of view as he elucidated through the points below.

Pathological changes or end results are not the curative indications

The Totality of symptoms are the curative indications in each case.

In support of Kent, in aphorism 16, Hahnemann stated;

“……..after the changes in the health of the patient cognizable by our senses (the TOTALITY of the symptoms) have revealed the disease to the carefully observing and investigating physician as fully as was requisite to enable him to cure it”

Like in cases of the epidemic, homoeopaths should proceed from collective image to individualistic features to understand disease.

In accordant with aphorism 27 in 6th edition of organon of medicine,

“The curative power of medicines, therefore, depends on their symptoms, similar to the disease but superior to it in strength, so that each case of disease is most surely, radically, rapidly, and permanently annihilated and removed only by a medicine capable of producing most similarly and completely the TOTALITY of its symptoms, which at the same time are stronger than the disease”

A proper understanding and evaluation of the signs and symptoms enable the physician to have an undistorted image that he can readily match with a similar image from the homoeopathic materia medica.

Quoting Andy Warhol, “Perception precedes reality” .The destiny of a case is relied on how the physician intends to perceive it, predominantly in a homoeopathic case taking where the case is not merely a disease but the patient as a whole. No matter how rare and peculiar the symptoms are, if the physician is reluctant to perceive it, the case will not receive justice. The physician’s high and only mission is to restore the sick to health to cure as it is termed.

DEPARTMENT OF ORGANON OF MEDICINE AND HOMOEOPATHIC PHILOSOPHY. 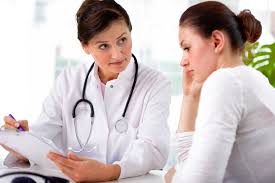 Abstract Suicide is a crime, but still it is the third leading cause of death in the world...

Study of homeopathic drug Veratrum viride for the prevention of ARDS in COVID-19 by activation...

Today I am going to speak about Lilium tigrinum, Sepia, and Natrum mur., and although many of...