Ulcerative colitis (UC) is the one among commonest type of inflammatory bowel diseases. In most of cases the exact cause of disease is unknown. A case visited our OPD with the chief complaints of frequent passage of bloody stool and pain in abdominal. He was suffering from idiopathic UC for the past one year. After unsatisfactory outcome with modern system of medicine, patient turned to homoeopathic treatment. After detailed case-taking and repertorization, Nux Vomica was given in low potency and gradually the potency was raised as per the response of the medicine upon patient. After 3 months of homoeopathic treatment the patient shows significant improvement in symptoms.

Introduction: Ulcerative colitis (UC) is chronic inflammatory bowel disease. It causes inflammation of intestine and extra intestinal manifestations. UC is characterized by diffuse mucosal inflammation of the colon and chronic ulceration of intestines of a chronic, remitting and relapsing nature.(1) The precise etiology of UC is not known; however, it is thought to be caused by an inappropriate inflammatory response to the gut contents in genetically predisposed individuals. The appropriate treatment depends up on precise and early diagnosis. A variety of factors are responsible for the disease’s clinical manifestations which include psychiatric as well as physical components. UC involves the rectum and it may extend proximally in a contiguous pattern to affect part of the colon or the whole colon.

Clinical manifestations- In active form of the patients present with bloody diarrhea with or without mucus, urgency, tenesmus, abdominal pain, weight loss, fever and malaise. The cases with extensive or severe inflammation, acute complications such as severe bleeding and toxic mega colon, which can lead to perforation, may occur. Bloody diarrhea an important presenting symptom is generally (but not always) characteristic of Ulcerative colitis, whereas Crohn’s disease usually presents as non bloody diarrhea.  Occasionally, diarrhea and bleeding are so intermittent and mild that the patient does not seek medical attention.(2) Moreover, ulcerative colitis often begins in the rectum and spreads proximally and continuously. These findings are apparent on endoscopic examination- a necessary component of any investigation of colitis. Homeopathy gives holistic approach in most of the diseases including ulcerative colitis. It prevents relapse of ulcerative colitis and reduces the pace of progression of the disease. Nux vomica is one such deep acting polycrest homoeopathic remedy. It is frequently the first remedy, indicated after much dosing, establishing a sort of equilibrium of forces and counteracting chronic effects. It is pre-eminently the remedy for many of the conditions incident to modern life.

Diagnosis: There is no gold standard for diagnosis but the ultimate diagnosis relies on a combination of clinical symptoms.(9) Among investigations, Sigmoidoscopy, Colonoscopy, Barium meal enema, X-ray, routine blood examination, stool test for cal protect in as well as routine analysis to exclude infection, parasites, etc., are helpful in reaching to a diagnosis. Video capsule endoscopy might be useful for detection of UC with a typical features and who might be suspected of actually having Crohn’s disease. (10&11)

Aim and Objective: To observe the effect of homeopathic medicine Nux vomica in Ulcerative colitis.

Case presentation: A 44 years old male patient visited our OPD number-03 with the central registration number-8230 of Pt. Jawahar Lal Nehru homeopathic medical college Kanpur, with the chief complaints of Frequent passage of stool (6–8 times) with blood since one year, intermittently with severe exacerbations especially after eating. During defecation, there was severe pain and burning. Urgency and tenesmus were also present. Patient also complaints of diffuse pain in abdomen, cramping in nature, empty stomach or even after eating.

History of present illness: According to the patient he suffered from frequent passage blood and mucous mixed in stool. Two consecutive reports on examination of stool revealed positive occult blood test. Since the value of ESR was 35 mm (1st hr.), he was given some anti-allergic, along with antibiotics, non steroidal anti-inflammatory drug, B-complex supplementation and acytoprotective agent. Inspite of such amultiangle prescription, there was no remarkable improvement. Patients suffering continued even after being referred to other hospital, where he was given similar treatment. After that patients visited our hospital for conservative treatment.

Past history- History of Chicken pox in childhood and Typhoid fever in 2016.

Family history– Father had history of Eczema and mother had diabetes mellitus. He had no family history of ulcerative colitis in his primary relatives.

Treatment history– Allopathic treatment shows only palliation not much better.

Generals- His appetite is increased and cannot remain empty stomach for prolonged period, as it causes a sensation of peels, constriction during defecation. He has desire for fatty things and thirst is of moderate amount, with generalized perspiration. Bowel movements are irregular with urgency and tenesmus. Stool is of thin consistency. Thermal reaction of patient is chilly (craves fatty things and he can not tolerate egg) and Angery person, abusive person at time of pain. Patient is in delusion that he is insulted by everyone.

General examination- At the time of first OPD visit, patient was examine properly and following observation was noted.

Analyzing the case: Detailed case-taking was done as per Hahnemannian guidelines. The case taking suggested in Organon of Medicine followed by analysis and evaluation of the symptom.(12) After analyzing the symptoms of the case the characteristic mental and physical generals and particular symptoms were considered for framing the totality. Abusive during pain, patient have delusion that feels insulted, aggravation after eating egg, abdominal pain aggravate after anger and by cold were the important general symptoms. Abdominal pains, feels constriction during passing bloody stool were the particulars included in totality. Miasmatic evaluation for the presenting symptoms was done with the help of the chronic disease by Dr. Samuel Hahnemann” showed the predominance of psoric miasm.(13) Repertorisation was done by taking description only the most remarkable physical generals, mental generals and uncommon particulars using Kent’s repertory in RADAR 7. The Repertorization sheet is mentioned in Table-1. After repertorisation, the top medicines were Nux vomica, Sulphur, Arsenic album, Phosphorus Staphysagria, Cocculus,. After analyzing the mental and physical generals of patient and reportorial results along with homoepathic materia-medica similimum was prescribed. The patient was chilly and Nux vomica has nervous diathesis which further confirmed the selection of medicine. Individualised homoepathic treatment was started with Nux vomica 30 followed by placebo following the law of minimum dose.

Table 2:  Timeline including follow-up of the case Management of Dyslipidaemia with Homoeopathy Abstract: The importance of high serum total... 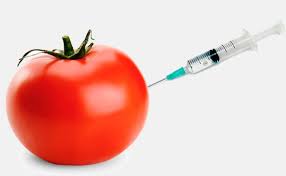 DIABETES / HONEY-SHOWER / MADHU-MEHA  Diabetes is a chronic degenerative disease. It is not a...