[Abstract: This article includes the clinical understanding of the study of Homoeopathic Materia Medica, on the light of the teaching of our Organon of Medicine & Homoeopathic Philosophy that, whatever it maybe the name of the disease or the pathology; Homoeopath needs to perceive, what is curable in disease and what is curative in medicine; they’re the clinically verified signs & symptoms of a remedy, the power, the essence, the image, the very nature of the sickness; those are only to be counter as stronger & similar in manifestations but different in kind for restoring the sick to health homeopathically, also expressed in this article.]

Physical Description: The milky juice, turns back on exposure is used as a marking ink and in ingredient of varnishes for finishing boots.

Peculiarities: that, it is more poisonous during night, at bursting into leaf, or at any time in June or July, when the Sun is not shining upon it. Absence of Sunlight with dampness seems to favour the exhalation of Toxicondendric acids, Millspangh relates instances of Rhus.

1)  Rhus toxicodendron, introduced into England as a plant in 1640.

2) In 1798 Dr. Dufrenoy at Valenciennes first used it as a medicine; noticing the cure of a young man of a herpetic eruption of six years by accidentally poisoned with the plant. He successfully used it in eruptive diseases, paralysis, rheumatism and neurosis.

3) Rhus toxicodendron, first used as medicine in 1798, when a French physician found a patient’s herpetic eruption cured by accidental Rhus poisoning. He used the plant to treat herpetic and palsy.

5) Allopathy gradually revived the use of Rhus toxicodendron because of the homoeopathic example, reporting good result in scarlet fever, rheumatism, skin disease, paralysis, and other conditions.

6) The word ‘Rhus’ means ‘red’ because its flowers and leaves are red in colour and ‘toxicodendron’ means ‘poison tree’.

Stiffness, all over the body … joints … jaw … cracking. Emotional level: … spontaneous warmth, expression; some coldness. In love, they prefer the other shows love and affection to them, rather than they showing it. They have fear of being hurt. Become stiff in mental level and get fixed ideas. Main idea – of being stiff and bound up, unable to relax. They feel tendons are stiff and hard, have to move all the time, stretching all the time to loosen them up. Very sensitive in the cervical region; stretching the neck all the time. Great sensitive to draft on the cervical area – get a kind of dullness in the mind and then a kind of sleepiness. < in cold, damp weather (Calcarea phosphorica, Actaea racemosa; Kali. carbonicum not sensitive in cervical area). < from exposure to cold, wet, and rain. Upper edges of trapezoid are mostly affected. Extreme restlessness, get relief from moving. First movement is painful and reliving but momentary and then they have to change positions again. He will be sitting there stretching, moving his legs, feeling as if a vice has caught the part that is stiff. When stiff, applying continuous effort to move (Sepia has of rhythm … expressed through dancing). [2]

1. Aggravation during rainfall and aggravation in rest.

2. Biting pain of limbs and restlessness.

3. Relieve by restlessness, amelioration by heat.

4. Red triangular tip of tongue and coughing at chill stage of fever.

Aggravation during rainfall and aggravation in rest: [4]

Biting pain of limbs and restlessness:  [5]

Whatever rheumatism, or urticaria or influenza, or paralysis; everywhere violent biting pain seeing.

Relieve by restlessness, amelioration by heat: [6]

Relieve by restlessness we already discuss, now > by hot or > by heat applications another essence of Rhus tox.

Red triangular tip of tongue and coughing at chill stage of fever: [7]

Presenting as a patient: [8]

Study the action of Rhus tox first on circulatory system, causes an erythrism, an increase in the circulation … the central organ … the heart. Thus we find it indicated in uncomplicated hypertrophy of that viscus, i.e., hypertrophy not associated with valvular lesions … From the effects of over-exertion, as may frequently happen in athletes and in machinists who wield heavy tools.

In typhoid fever, patient has mild temperament. Delirium is of a mild character, not violent. Patient may exhibit a disposition to jump out of bed, or to try to escape, but when he is more or less conscious, he manifests little petulance or irritability. It is not, then, a violent anger that characterizes Rhus tox.

In intermittent fever, chill begins in one leg, usually in the thigh, or between the shoulders or over one scapula.

Action of Rhus tox on fibrous tissues, aponeuroses, tendons of muscles, the ligaments about joints and the connective tissue; more profound action on the fibrous tissues.

Rhus tox has general characteristics > of symptoms by continued motion, while experiences < on beginning to move.

On cellular tissue: cellulitis in diphtheria, and in orbital cellulitis, with formation of pus. (In Apis mellifica, never produces cellulitis with abscess).

Action on mucous membranes, it produces a copious coryza with redness and oedema of the throat. Influenza: aching bone pain all over the body, sneezing and coughing. Cough is dry, < in evening until midnight from uncovering the body; cough from tickling behind the upper half of the sternum; trouble from exposure to dampness.

Colic: rheumatic origin, > bending double and moving about (Colocynth > not from motion).

Otalgia, pulsations in the ear at night, as if blowing, whistling; < when lying down.

Toothache, < by cold; > by worm applications.

‘Tearing pains down the thigh during stool’, Farrington says in dysentery and Tyler cure small-pox with this symptom.

Guernsey says, ‘desire to move, or change the position every little while, followed by great relief for a short time… after resting when first moving a painful stiffness is felt which wears off from continued motion.’

He says, ‘a nursing mother may have sore nipples, and when the child begins to nurse, the nipple hurts exceedingly, but on continued nursing it becomes much easier’.

Kent says, ‘Hoarseness on first beginning to sing which wear off on singing a few notes, or wears off after talking a little while.’

Hypertrophy of heart: … from over-exertion – athletes and who handle heavy tools (Arnica), with numbness of left arm and shoulder.

Kent says, ‘instance, hunger without appetite: hungry sensation, or … emptiness in stomach without desire for food. Dryness of the mouth and throat with great thirst… for cold drinks, especially at night… cold drinks bring on chilliness, and bring on the cough.’

Periodicity of Rhus tox … one case where the symptoms returned on the same day – even hour, for sixteen years, till Tuberculinum stopped the trouble (Clark); and another case (Hering) where the burning itching of skin, lasting twenty-four hours, recurred on May 13th each year.

Kent says, ‘when a person was poisoned by Rhus tox it was because he was in need of that poison, and had it been given in a high potency, he would not have been poisoned by contact with the plant.’

Rhus toxicodendron 30C, 200C, 1MC, 10MC are commonly used, as per the interpretation of the demand of the degree of susceptibility of the patient in individual cases.

7) ‘Nature of Sickness Bryonia alba, Nux vomica’- by the author Aloe comes from Liliaceae family and it is a red fiery gum which is being triturated. It... 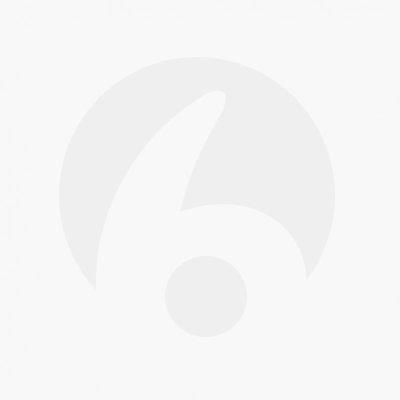 Just as the earth consists of hard and soft material, such as rocks, water and air, so too does... Abstract: The ‘Cucurbitaceae’ family is one of the important sources of food. Here we are going...