[Abstract: This article includes the clinical understanding of the study of Homoeopathic Materia Medica, on the light of the teaching of our Organon of Medicine & Homoeopathic Philosophy that, whatever it maybe the name of the disease or the pathology; Homoeopaths needs to perceive, what is curable in disease and what is curative in medicine; they’re the clinically verified signs & symptoms of a remedy, the power, the essence, the image, the very nature of the sickness, those are only to be counter as stronger & similar in manifestations but different in kind for restoring the sick to health homeopathically, also expressed in this article.]

2) In 18th Century, it was used to treat cataracts, ulcers, tooth decay and depression.

3) Pulsatilla was introduced in medicine in 1771 by Anton Von Stoerck, using it in eye diseases, paralysis, rheumatism, amenorrhoea, melancholy, skin disorders, and other conditions.

4) Dr. Hahnemann published Pulsatilla proving in 1805; Homoeopaths used the remedy in eye diseases, inflammations, uterine disorders, menstrual troubles, and gonorrhea, and by the end of the 19th Century Allopaths were also using it for the same disorders, although they sometimes tried to avoid giving credit to Hahnemann.

5) Dr. Hahnemann proved Pulsatilla Pratensis another species American plant Pulsatilla Nuttalliana. There is little difference in two drugs. Pratensis has been well proved. It is a pretty little flower, called wind flower; having symptoms as fickle as the changeableness is characteristic of the drug.

6) The odour of the herb but slightly evident, taste acrid and pungent.

7) Fresh plant contains an acrid and vesicating principle and furnishes corrosive oil, as well as a kind of tannin, which colours iron green, in the dry it is entirely deprived of this acrid quality.

8) The word ‘Pulsatilla’ derived from ‘Pulsatus’ means ‘to beat’ or ‘to strike’ as it pulsates from the blowing winds.

Pulsatilla patient is universally feminine, emotional, passive type; lives almost entirely through her emotions, and does not suppress them. [2]

To understand the phenomena of Pulsatilla, we must remember that the drug acts upon the vasculain system, especially upon the right heart and upon the veins and capillaries. [3]

In the chest there is a feeling of soreness referred to either the right or the left sub-clavicular region, or to the apex of one or the other lung. [4]

Pain revolves around the whole body.

Pulsatilla patient naturally thirst-less, do not drink water when mouth is dry, even not arise desire to drink. When lips become dry, soaked it’s with the tongue but don’t take water.

Labour pain totally stop or may intermittent, pain with difficult breathing or fainting or convulsions, placenta do not fall, bleeding due to un-remove placenta.

Pulsatilla is chilly in acute and hot in chronic.

Due to changeability in nature sometimes hot, sometimes chilly.

Another peculiarity is aversion to bath even feeling of body heat, whereas patient feels better after bathing.

Presenting as a patient: [6]

Case – 1: Mrs. Saha, AGED 26 YEARS, FEMALE; consulted me, with a history of acute inflammation of her right eye, with stye in her right upper eye lid, having bluish-pinkish oedematous large swelling with so much fluid inside that she unable to open her right eye;  with sore, bruise pain on the affected part and also all over the body and profuse muco-purulent, thick discharge; agglutinated in morning for last 5 days (mismanage the case by so-call homoeopathic medicines) and she was totally free of troubles from two doses of Pulsatilla 200C.

Case – 2: Baby, AGED 3 MONTHS, FEMALE; her mother consulted me, with a history of an acute diarrhea < at night 7/8 times, watery, greenish-yellow, very changeable in character, as soon as she take breast feeding for last 3 days (mismanage the case by so-call homoeopathy and Allopathic medicines); and baby was free from her complaints after taking the first dose of Pulsatilla 30C.

Pulsatilla 30C, 200C, 1MC, 10MC are commonly used, as per the interpretation of the demand of the degree of susceptibility of the patient in individual cases. 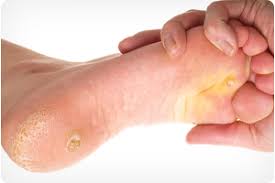 Corns or callus are a mechanically induced thickened skin lesion that occur over or under a... If you are interested in saving lives then the medical field is the right field for you. This...