Psychology is defined as the science of behavior in with the environment. It includes study of conscious, sub-conscious and unconscious behavior. The importance of mind symptoms in homoeopathy has been talked of from the very inception of science. Hahnemann was quite forthright and unambiguous about this aspect in aphorisms 211,212 and 213 of 6th edition.
In the 6th edition of Organon in footnote to aphorism 210, Dr Hahnemann says (…How often, for instance do we meet with a mild, soft disposition in patients who have for years, been afflicted with the most painful diseases, so that the physician feels constrained to esteem and compassionate the sufferer! But if he subdue the disease and the restore the patients’ health-as is frequently done in homoeopathic practice-he is often astonished and horrified at the frightful alteration in his disposition. He often witnesses the occurrence of ingratitude, cruelty, refined malice and propensities most disgraceful and degrading to humanity, which were precisely the qualities possessed by the patient before he grew ill. Those who were patient when well often become obstinate, violent, hasty, or even in tolerate and capricious, or impatient or desponding when ill; those formerly chaste and modest often become lascivious and shameless. A clear-headed person not infrequently becomes obtuse of intellect, while one prudent and thoughtful; and a man slow to make up his mind sometimes acquires great presence of mind sometimes acquires great presence of mind and quickness of resolve, etc.). In his masterly exposition of the principle and practice of homoeopathy, Dr J T Kent made “MIND” the pivot of his teachings. In his book, Lectures of homoeopathy, he says “He perceives in each individual affection nothing but changes of state”. The changes of state are such as observed by the patient when he says he is forgetful, that he is often in a state of confusion, that when he is often in a state of confusion, that when he attempts to deliver a sentence a part of it goes away from him, the idea passes away, or that he is becoming irritable, whereas he was pleasant, that he is becoming sad, whereas he was cheerful before, that there are changes in his affections, in his desires and aversions. These things relate to states: not to diseased tissues, but to a state of disorder or want of harmony.

Kent’s teaching found favor and have continued to hold increasing the sway in homoeopathic field, after his death. Dr Kent described the anatomy of mind as comprised of the intelligence plus emotions aided by memory. Functions of mind are linked to nervous system which is connected to every part of body. The nerves act like strings of a musical instruments and their vibrations manifest in the form of speech and actions. According to Dr Kent, the mind symptoms occupy the most important place in the hierarchy of symptoms which must be established in constitutional prescribing. Usually, mind symptoms are harder to understand than general or particular symptom. Thus, the present mental state is the true representative of whatever order or disorder is occurring in the body and can serve as an accurate indicator of the necessary remedy. Homoeopathy is always interested in identifying the “sick”. A “SICK” who has not only feeling symptoms but also internal states there are so many factors and causes. More important is the person himself who interacts with these factors and responds in a particular manner. E.g. if we talk about fear and the object of fear, we might get different responses from people.

The most reliable repertory is undoubtedly Kent’s repertory. It is an ‘organic’ repertory in which similar symptoms generally appear under the same heading or cross-referred to another. E.g. Arrogance and Pride – haughty. The aim of this is to prevent symptoms from being mistaken for one another either because the patient has not expressed himself clearly enough or because the homoeopath has made an incorrect interpretation.

Barthel and Klunker’s Synthetic repertory is monumental, up-to date and very useful. Based on Kent’s repertory, it also includes information from other sources and headings from other repertories. It has disadvantage that symptoms are sometimes duplicated under different rubrics. Dr Boenninghausen and Dr Boger considered mental symptoms only for final differentiation of remedies. M L Tyler pointed that “Dr Kent is very definite about which symptoms are highest in the hierarchy, those symptoms which give the clearest impression of the patient. These are the mental symptoms. If there are clear mental symptoms in the case, then these will be most important ones. To practice one must have knowledge of existing rubrics in repertory especially rubrics given in Kent’s repertory. One should also look for their clinical meaning in a dictionary. After we get the feeling of the patient expressed through different versions we interpret and convert into rubric. One must keep in mind that a version given by a patient to express his problem can be identical to another patient’s version. It is also possible, there could be different expressions for a particular rubric or there could be an identical expression or different rubrics having minute difference between them.

The next point to understand is the expression of different remedies given under one rubric. No doubt they carry similar meaning but clinically it is very important that we shall know how to differentiate one medicine from the other. Communication between Homoeopaths and the biomedical community can be enhanced by an interpretation of the homoeopathic repertory in light of current medical terminology. One of the most innovative and fascinating techniques in this direction is based on extreme position, that of prescribing on mind symptoms alone. It has been affirmed and being taught by Dr Shegal’s school of Revolutionized homoeopathy.
Special repertories related to mind symptoms are Analytical Repertory of the symptom of the Mind by Dr Constantine Hering, Repertory of the Psychic medicines and MM by Jean Pierre Gallavardin.

Developmental disorders (specific and pervasive) have their onset in infancy and are... 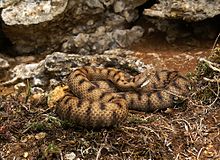 Vangelis, 50 years old, has had sharp back pain in the last few days.   While with the...

ABSTRACT: Research is the process of discovering new knowledge. This knowledge can be either the...

[Abstract: This article deals about the Science of Homoeopathy, on the light of the teaching of...