Epilepsy is a chronic disorder that causes unprovoked, recurrent seizures. A seizure is a sudden rush of electrical activity in the brain.There are two main types of seizures. Generalized seizures affect the whole brain. Focal, or partial seizures, affect just one part of the brain.

A mild seizure may be difficult to recognize. It can last a few seconds during which you lack awareness.

Stronger seizures can cause spasms and uncontrollable muscle twitches, and can last a few seconds to several minutes. During a stronger seizure, some people become confused or lose consciousness. Afterward you may have no memory of it happening.

5. Epilepsy is a fairly common neurological disorder that affects 65 million people around the world. In the United States, it affects about 3 million people.

6. Anyone can develop epilepsy, but it’s more common in young children and older adults. It occurs slightly more in males than in females.

Seizures are the main symptom of epilepsy. Symptoms differ from person to person and according to the type of seizure.

A. Alterations to sense of taste, smell, sight, hearing, or touch

C. Tingling and twitching of limbs

There are of following types:

1.Absence seizures, which used to be called “petit mal seizures,” cause a blank stare.

This type of seizure may also cause repetitive movements like lip smacking or blinking.

Atonic seizures lead to loss of muscle control and can make you fall down suddenly.

3. Clonic seizures are characterized by repeated, jerky muscle movements of the face, neck, and arms.

4. Myoclonic seizures cause spontaneous quick twitching of the arms and legs.

Some people are able to identify things or situations that can trigger seizures.

A few of the most commonly reported triggers are:

A single incident doesn’t always mean something is a trigger. It’s often a combination of factors that trigger a seizure.

A good way to find your triggers is to keep a seizure journal. After each seizure, note the following:

2. what activity you were involved in

3. what was happening around you

6. what you were eating or how long it had been since you’d eaten

7. level of fatigue and how well you slept the night before

8. can also use your seizure journal to determine if your medications are working.

9. Note how you felt just before and just after your seizure, and any side effects.

There may be as many as 500 genes that relate to epilepsy. Genetics may also provide with a natural “seizure threshold.” If inherit a low seizure threshold, more vulnerable to seizure triggers.

A higher threshold means less likely to have seizures.

Epilepsy sometimes runs in families. Still, the risk of inheriting the condition is fairly low. Most parents with epilepsy don’t have children with epilepsy.

In general, the risk of developing epilepsy by age 20 is about 1 percent, or 1 in every 100 people. If you have a parent with epilepsy due to a genetic cause, your risk rises to somewhere between 2 to 5 percent.

Certain rare conditions, such as tuberous sclerosis and neurofibromatosis, can cause seizures. These are conditions that can run in families.

Epilepsy doesn’t affect your ability to have children. But some epilepsy medications can affect your unborn baby. Don’t stop taking your medications, but do talk to your doctor before becoming pregnant or as soon as you learn you are pregnant.

If you have epilepsy and are concerned about starting a family, consider arranging a consultation with a genetic counselor.

For 6 out of 10 people with epilepsy, the cause can’t be determined. A variety of things can lead to seizures.

2. scarring on the brain after a brain injury (post-traumatic epilepsy)

4. stroke, which is a leading cause of epilepsy in people over age 35

6. lack of oxygen to the brain

9. maternal drug use, prenatal injury, brain malformation, or lack of oxygen at birth

10. infectious diseases such as AIDS and meningitis

Heredity plays a role in some types of epilepsy. In the general population, there’s a 1 percent chance of developing epilepsy before 20 years of age. If you have a parent whose epilepsy is linked to genetics, that increases your risk to 2 to 5 percent.

Genetics may also make some people more susceptible to seizures from environmental triggers.

Epilepsy can develop at any age. Diagnosis usually occurs in early childhood or after age 60.

2. Chemistry of the blood.

3. Electroencephalogram (EEG) is the most common test used in diagnosing epilepsy. First, electrodes are attached to your scalp with a paste. It’s a noninvasive, painless test. You may be asked to perform a specific task. In some cases, the test is performed during sleep. The electrodes will record the electrical activity of your brain. Whether you’re having a seizure or not, changes in normal brain wave patterns are common in epilepsy.

Some treatment options include:

1.Anti-epileptic (anticonvulsant, antiseizure) drugs: These medications can reduce the number of seizures you have. In some people, they eliminate seizures. To be effective, the medication must be taken exactly as prescribed.

2. Vagus nerve stimulator: This device is surgically placed under the skin on the chest and electrically stimulates the nerve that runs through your neck. This can help prevent seizures.

3. Ketogenic diet: More than half of people who don’t respond to medication benefit from this high fat, low carbohydrate diet.

4. Brain surgery: The area of the brain that causes seizure activity can be removed or altered.

The first-line treatment for epilepsy is antiseizure medication. These drugs help reduce the frequency and severity of seizures. They can’t stop a seizure that’s already in progress, nor is it a cure for epilepsy.

The medication is absorbed by the stomach. Then it travels the bloodstream to the brain. It affects neurotransmitters in a way that reduces the electrical activity that leads to seizures.

Antiseizure medications pass through the digestive tract and leave the body through urine.

There are many antiseizure drugs on the market. Your doctor can prescribe a single drug or a combination of drugs, depending on the type of seizures you have.

Complications of epilepsy may include:

1. Risk of permanent damage or death due to severe seizures that last more than five minutes (status epilepticus)

2. Risk of recurring seizures without regaining consciousness in between (status epilepticus)

3. Sudden unexplained death in epilepsy, which affects only about 1 percent of people with epilepsy.

4. Keep a seizure diary to help identify possible triggers so you can avoid them.

5. Wear a medical alert bracelet so people know what to do if you have a seizure and can’t speak.

6. Teach the people closest to you about seizures and what to do in an emergency.

7. Seek professional help for symptoms of depression or anxiety.

8. Join a support group for people with seizure disorders.

9. Take care of your health by eating a balanced diet and getting regular exercise.

Cicuta: Cicuta is a very effective homeopathic medicine when used to treat cases of epilepsy where convulsions are marked by violent, body distortions. This can include the horrific backward bending of the spine (learn about the exercises for the spine). These convulsions also make the person’s face turn blue and trigger a locked jaw. This homeopathy medicine uses to treat epilepsy cases triggered by head injuries and worms.

These homeopathic remedies are used to often treat cases of Petit Mal Epilepsy which are characterized by staring into space, leaning forwards or backward, and stopping a sentence abruptly. It also addresses the fear that triggers epileptic attacks.

Convulsions triggered by exposure to bright lights or shiny objects can be treated with this homeopathic remedy. In such cases, the patient may not lose consciousness but experiences jerks in the muscles of the upper body.

This homeopathic remedy is used to treat seizures that are preceded by experiencing an aura in the knees (know more about the Causes and Symptoms of Knee Pain). Other symptoms that characterize this sort of an epileptic attack are spasms that begin in the fingers and toes and gradually spread to the rest of the body and jerking of muscles. This can also be used to treat convulsions that accompany menstruation and follow the delivery of a baby.

Not all epileptic attacks occur you are awake. Attacks that occur in your sleep can be treated with homeopathic medicine bufoRana. Such epileptic attacks are accompanied by experiencing an aura in the genital regions. This is especially helpful for women who experience seizures during menstruation.

Some epileptic fits are followed by a deep sleep. This type of epileptic attacks can be treated with Homeopathic remedies Hyoscyamus. Other symptoms addresses by this homeopathic medicine are fidgeting with bedclothes, fidgeting with fingers, and muscular twitching. Abstract: Background: The objectives of the study were to determine therapeutic efficacy of... INTRODUCTION: Diabetes being the most devastation disease in this era has ruined the quality of... 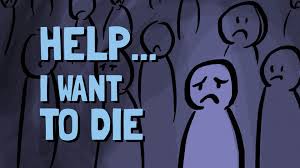