Carbo veg on the other hand is principally indicated in states of advanced collapse where we know the prostration algidity and cyanosis are extreme .the pulse is filiform or nearly imperceptible and the body is bathed with a glacial clammy sweat. In all conditions of extreme adynamia with defective hematosis and prevailing torpor of all the functions  no remedy can replace this drug to arouse the system from the utter prostration often observed in infections diseases  of serious character and consequently it becomes our anchor of salvation in many cases of typhoid ,yellow or septic fever in which the lowering of the forces and collapse suddenly supervene .carboveg seems to have marked affinity for the abdominal viscera ,and is not less efficacious in respiratory troubles (emphysema,bronchiectasis,bronchorrhea) which are accompanied by a progressive flagging of the powers ,cyanosis,circulatory failure paroxysmal dyspnea and reactionary torpors ,especially in brokendown constitutions or in the aged with bronchial dilatation.In the typhoid state ,which sometimes supervenes during the course of law  infectious fevers of a malignant character ,or the result of auto infection ,we have also phosphoric acid and muriatic acid which though in a lesser degree than carboveg have the power to urge the depressed forces of the organism and bring about reaction .In phosphoric acid the sinking of the forces and exhaustion are not as profound as in carboveg but the sensorial depression is intense the patient is sunk in a state of stupid apathy if insensible to all external impressions ,but  reacts momentarily under the influence of active urging to fall readily back to his previous stupour .it seems as if the reactionary powers were sufficient to spur but not operate a complete reaction .under this drug the visual and auditory centers are deeply affected and the spoor is attended by a muttering delirium .

Frinks considers muriatic acid applicable to erethistic conditions too severe for bryonia too asthenic for ‘rhustox’and not cerebral enough for ‘belladonna’ but after ‘carboveg’I reckon ‘muriatic acid ‘the most asthenic and among the ataxo-adynamic ,the one most depressing to the nervous  centers.

Its dorsal decubitus as said above ,exhibits not withstanding the adynamia and stupor a certain amount of irritability but in a more inferior grade than in either ‘rhustox’ or ‘arsenicum’. Its prostration amounts to paresis with privation of the senses and motion is limited to a sliding down of the body towards the foot of the bed in which of course the will does not intervene in the least ,so extreme is the state of physical and moral impotency .putridity together with the disorders of motions and sensation reveal an intense gravity and are the leading charecterstics of this remedy. 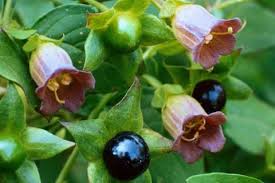 The child lies quietly in bed, often even dizzy. Works especially on children who are otherwise... ABSTRACTGraphites(Black Lead) is especially active in patients who are rather stout of fair...