The CARDINAL PRINCIPLES OF HOMOEOPATHY include:
1. LAW OF SIMILIA.
2. LAW OF SIMPLEX.
3. LAW OF MINIMUM.
4. DOCTRINE OF DRUG PROVING.
5. THEORY OF CHRONIC DISEASE.
6. THEORY OF VITAL FORCE.
7. DOCTRINE OF DRUG DYNAMIZATION.
1.LAW OF SIMILIA:- Let like to be treated by like. Homeopathy is based on the law, “Similia Similibus curentur” which means like cures like. Thus, Homeopathy is the therapeutic method of symptom similarity. (Aphorism 21-27)
2. LAW OF SIMPLEX:- (i.e. SINGLE REMEDY)
Hahnemann has stated that only one single, simple medicinal substance is to be administered at a time. Medicine should be single due to the following reasons:
1. Since the medicine was proved singly, so the effect of more than one remedy is totally unknown.
2. Only one remedy can be similar at the given time.
3. In more than one remedy, one may get confused about the curative action.
4. Synergistic action cannot be ruled out in case of more than one remedy. (Aphorism 272-273)
3. LAW OF MINIMUM:-
Medicine should be given in minimum dose because:
1. To avoid unwanted aggravation.
2. Smallness of dose doesn’t allow any organ damage.
3. To maintain full advantage of finer and finest curative property of the medicine. (Aphorism 272& 246)
4. DOCTRINE OF DRUG PROVING:-
According to this doctrine, the prescribed medicine must be properly proved upon the healthy human beings. Drug proving is a mathemathico-mechanical process by which one can investigate the pathogenetic power of the drug upon the healthy human being.
Drug proving must be on Healthy human beings because of:
1. Animals don’t give subjective or mental symptoms.
2. Effects of same drug upon the human and animal is different.
3. We do not get the modalities from animal proving.
5. THEORY OF CHRONIC DISEASE:-
During Hahnemann’s time, apart from best homeopathic treatment the chronic cases would return after a certain interval while acute cases responds well, he found that a chronic disease is caused by chronic miasms psora sycosis and syphilis. He introduced it into the fourth edition of Organon of Medicine in the year 1829.
6. THEORY OF VITAL FORCE:-
Vital force is a triune of entity consisting the body, mind and spirit. Vital force is a supersentual thing which animaltes the material body in a harmonal way duebto this normal physiology of the living body is maintained. He introduced it into Organon of Medicine (fifth edition) in year 1833, and in 6th edition, he changed it into vital energy , VITAL principle, the life principle.
7. DOCTRINE OF DRUG DYNAMIZATION
HOMOEOPATHIC DYNAMIZATION are processes by which the medicinal properties which are latent in natural substances while in their crude state become awakened and developed into activity to an incredible degree.
Drugs are potentized by two methods:
1. Trituration: for insoluble substance.
2. Succussion: in case of soluble substance.
Objects of potentization include:
1. To reduce the medicinal substance which helps to avoid unwanted medicinal aggravation.
2. By this process deadly poison turns into healing remedies.ex arsenic , Lachesis, Crotalus.
3. Substance which are naturally inert which converts into medicine ex Silicea, common salt.
4. The action of potentized medicine is deeper ,longer and more wide spread
DOCTRINE of DRUG DYNAMIZATION was introduced in homeopathy in fifth edition of Organon of Medicine published in the year 1833. 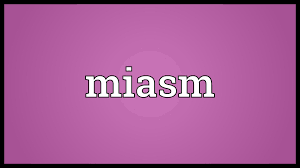 Author: Prof. (Dr.) Goutam Das M. D. (Homoeopathy) Assist by: Dr. Annu Patel B.H.M.S.   [Abstract: This article deals with the understanding of the concept of Sycotic Miasm, on the light of the teaching of our Organon of Medicine &...