Dynamism In Vitiligo- An Overview - homeopathy360

Home » Dynamism In Vitiligo- An Overview

Vitiligo is a common chronic skin depigmentation disorder. It is considered to be a social stigma, particularly for young girls. Despite its high prevalence and old history, its etiopathogenesis is complex and enigmatic. This article aims to summarise the etiopathogenesis of Vitiligo put forward through various theories so far and highlights the role of Psoralea corylifolia mother tincture as an external application in the treatment of Vitiligo.

Vitiligo is a commonly acquired depigmentation disorder of the skin which affects about 1% of people worldwide and is phenotypically characterized by white spots on skin secondary to selective destruction of melanocytes.1,2

Clinically, two major subtypes of vitiligo are well recognized: Non-segmental and Segmental. non-segmental Vitiligo (NSV) is the more common subtype, having asymmetrical, non-dermatomal distribution usually with a gradual onset. Segmental Vitiligo (SV) is less common and is characterized by a unilateral dermatomal distribution which usually has an early rapid onset and stabilizes in a limited location once fully developed.3

The prevalence of vitiligo is high ranging from 0.005 to 0.38% cases worldwide.4,5 The state of Gujarat has been reported to have a prevalence of 8.8%, the highest in the world.6,7

Vitiligo is a common and easily recognized disorder which is characterized by white spots typically first noted on the fingers, knuckles, around the eyes and mouth, and on the feet and genitalia. 8,9

Studies have shown that vitiligo may be caused by a response to oxidative stress, mediated by T-cells and involving mediators such as tumour necrosis factor-alpha (TNFa), heat shock protein 70 (Hsp70), and interleukin 1 alpha (IL-1a).13,14,15

The onset of vitiligo can be instigated by various triggers like sunburn and exposure to phenolic chemicals; however, the trigger is not known in most cases. The triggers are all thought to induce oxidative stress in melanocytes.16 Individuals with Vitiligo have been reported to have compromised antioxidant responses, with enzymes such as superoxide dismutase (SOD) present at higher-than-expected levels in tissue from perilesional areas and in sera.17,18 The key role of antioxidants in vitiligo has been suggested by a candidate gene association study, which found a significant association between single nucleotide polymorphism (SNP) rs3565214 within the anti-oxidant gene (NRF2) and vitiligo in the Chinese population.19 There are multiple mechanisms through which excessive melanocyte oxidative stress can translate to an autoimmune reaction.

CD8+ T cells specific to and capable of killing, melanocytes are increased in the blood of those with vitiligo compared to healthy controls, and numbers correlate with disease activity.20

Various antioxidant genes NRF2, UPR gene XBP1, and numerous immune-related genes including class I and class II major histocompatibility loci located on chromosome 6p21.3 have been associated with a risk for developing vitiligo.20

Vitiligo is an emerging clinical condition throughout the world but is difficult to treat. Psoralea corylifolia, commonly known as babchi, is a popular herb which was used traditionally in Ayurvedic and Chinese medicine to cure various skin diseases. This plant is also pharmacologically studied for its chemo-protective, anti-oxidant, anti-microbial and anti-inflammatory properties.21

The drug appears to have a purely local action with a specific effect on the arterioles of the sub-capillary plexuses, which are dilated so that the plasma is increased in this area. The skin becomes red and the melanoblasts (pigment-forming cells) are stimulated to form pigments, which gradually diffuse into the white patches of vitiligo. 25,26  Also, the phytochemically induced covalent binding of the drug to pyrimidine bases is responsible for its therapeutic effect. The photo-conjunction involves thymine dimer adducts on the opposite strands of DNA. Psoralen has been found to intercalate into DNA, where they form mono- and di-adducts in the presence of long-wavelength UV light and thus are effective in the treatment of hypo-pigmented lesions of the skin.27

Although not associated with any physical discomfort vitiligo causes considerable psychological morbidity. The treatment, however, is prolonged and needs to be based on homoeopathic principles of totality and constitutional treatment. A larger number of studies on strong evidence-based parameters, with rigorous study designs including RCTs with validated scales, are essentially required to be conducted to develop an evidence base of Homoeopathy for vitiligo treatment. The COVID-19 pandemic has re-emerged as a public health challenge. The burden of the disease and... 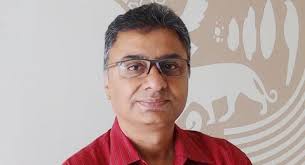 I write this article on Hitler’s temperament and most suitable homoeopathic medicine/s for him...

India accounts for 60% of the world’s new leprosy cases, the WHO says, and New Delhi is among...