Sometimes a local symptom becomes a total prescribing symptom due to its intensity and repeated clinical confirmation during a long period. Here, a case is discussed to exhibit its relevance in prescribing in what has been termed ‘simillimum’.

This is a typical case of Keynote prescribing in Homeopathy with clear indication of remedy by the patient’s description of ailment. The patient presents with a complication of Diabetes mellitus type 2. 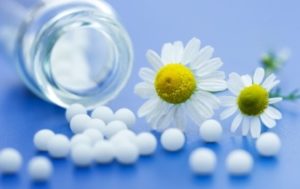 Stuart Close in his book, The Genius of Homoeopathy, has mentioned the origin of the word “keynote system.” He has credited Dr Henry N. Guernsey as the inventor of the new name for which Guernsey himself has said that he believed Keynote System not to be a new doctrine but a true one in Homoeopathy.

Professor Guernsey while teaching Materia Medica to the students of Hahnemann Medical College of Philadelphia was very much aware of the problems that his students have to face in understanding and applying Materia Medica. To overcome this he advocated that the characteristics to be understood and memorised. When applying these medicines to the sick persons, it is these characteristics which are to be sought in the patient. And if these symptoms are found in the patient, rest of the symptoms will fall in line. He called these symptoms as Keynotes. During his professorship at the Hahnemann College, particularly during the session of 1871-73, he delivered lectures to the students in these lines and the collection of his lectures was ultimately published in the form a book titles ‘Keynotes of Materia Medica’.
To him Keynote is simply predominating symptoms or features, which directs one’s attention to the totality of symptoms through which that individual case is expressed. Dr. Guernsey had coined the term ‘keynote symptoms’ in an article in 1868 titled ‘The Keynote System’ which was published in The Hahnemannian Monthly, Vol.  III, No. 12, pp. 561-569.
The article was actually a paper presented by Dr. Guernsey before The Philadelphia County Medical Society.
The real “keynote system,” is, in fact, strictly Hahnemannian. The truth is that Dr. Guernsey simply invented a new name for the old Hahnemannian idea.
Later Dr. H.C. Allen was as a big advocate of the system and gave it much popularity through his book ‘Keynotes and Characteristics with Comparison of some of the leading remedies of the Materia Medica’
Dr. Allen for the first time joined the two-term Keynotes and Characteristics. Allen used Keynotes for comparison and differentiation of the remedies.
Both Guernsey and Allen made one thing clear that Keynotes are simply suggestive.

Case History
A lady around 45yrs old, known diabetic had impaction of hard stool in rectum which was not passed even after repeated efforts.  She asked for medicine and was unable to come at the clinic.

Diabetes mellitus Type 2. History does not reveal the sub-type.
People with long standing diabetes often present with constipation due to diabetic neuropathy which is a condition of nerve damage of gastro-intestinal tract. Poor blood sugar control over a long period of time may increase the likelihood and frequency of constipation.
Case analysis and First Prescription
On the basis of ineffectual urging, Nux vomica was given with no effect. She reported about the failure of Nux vomica and described a new symptom! As she tried to pass stool with all her effort, her whole lower extremities trembled which was even more uncomfortable for her.
This was a keynote symptom, and so the case did not need repertorization.

Follow up
Phosphorus 200/ 1 hourly was prescribed. After a few doses, she passed stool which was long hard as if a dog stool.

Discussion
Keynotes prescriber taught me regarding one of the keynotes prescribing of Phosphorus with regards to stool. Long, narrow, hard, like a dog’s.  A long, slim, hard, and dry stool is passed with great effort  and can be compared to a dog’s stool in appearance as well as in the manner of passing stool with a same straining, trembling of the lower extremities very similar to a dog.
The lady was in agony so much so as if she was going to die.  She was very sensitive and touchy.  Later on after in-depth case taking, it was found that she was very sensitive to thunderstorm and darkness.

Conclusion
Art of keynote always look like a local symptom or as I call,   Whole through the hole. I hope this art of prescribing should be rationally explained and artistically utilized. It needs deep and minute observation and case perceiving.