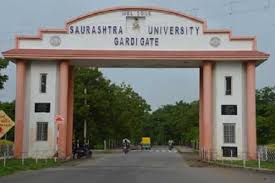 The probe also revealed that there were students who were in complete dark about the scam. SU has filed an FIR against 41 students in this case out of which five girl students presented themselves in the University road police station on Monday and got their statements recorded. They stated that their intention was not forge any documents.

Investigation officer M D Chandravadia said. “These five girls took admission in homeopathy College and Hospital Mihijam College of Vinoba Bhave University in Hazaribaug and took the exam there. They also attended a seminar and took the viva but in B A Dangar College they got coaching. They appeared before police with their original mark sheet of Vinoba Bhave University.” These five students checked their result online and left the process of their transfer of university on Dr. Joshi. When they received the notice from SU along with their forged marksheet which was submitted to SU at the time of their admission, the girls were shocked because the result differed from what they saw online. They completed first year in Vinoba Bhave University and from the second year they were transferred to SU.

After getting this notice, they approached the Hazaribaug college and asked the principal there to help and send them the copy of their original mark sheet on Whatsapp. They first submitted this Whatsapp copy to the police and after then the hard copies of the same received through courier.

“Dr. Joshi allegedly forged the mark sheet of these five girls and when SU sent these mark sheets to Vinoba Bhave University for checking, they obviously denied that they were genuine,” said Chandravadia. Students did not submit these forged mark sheet or eligibility certificate to SU but BA Dangar College did this on their behalf.

One more student who appeared before police on Monday she said that she was not agreed to Dr. Joshi’s idea of taking admission in other college and then getting transferred to SU in the second year. Dr Joshi then promised her to get admission in SU. She had receipt of Dangar college fees, hostel fees, ID card. She also took the exam of SU with the other students. According to police, she was in dark and her answer sheet was never submitted to SU until she got enrolled on the basis of forged mark sheet. Her actual answer sheet of Dangar college was dumped in garbage.