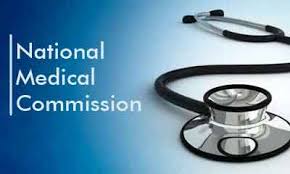 The proposal of the Union health ministry to constitute a National Commission for ISM (Indian Systems of Medicine), on the lines of National Medical Commission (NMC), by replacing the present Central Council of Indian Medicine (CCIM), will help the Ayush education sector become corruption free and the medical practice more quality oriented, observe Ayush think-tanks.
Although all the 345 Ayurveda, Siddha, Yoga, Unani and Naturopathy teaching institutions and the practicing physicians were regulated by the Central Council all these years, the regulatory body could not implement the rules and regulations properly in any of the institutions in the country, the think-tanks allege.
According to them, no Ayush academic institution in India has so far secured accreditation from the National Accreditation Board for Hospitals and Healthcare Providers (NABH), a constituent board of the Quality Council of India Certification. Even now, only a handful of government institutes are working hard to obtain the certification. All over India, 345 Ayush medical colleges are working and majority of them are in the private sector.
“Even though the CCIM brought out various rules and regulations for quality education and improvement in practice, the Council was unable to implement either of the rules anywhere in the country since they were introduced. I hope that, the new National Commission for ISM, which is proposed to be formed soon, will take note of this pitiable condition and find remedial measures”, observed a Siddha expert from Tamil Nadu.
Allegations are that the CCIM members have utilized their influence for personal gains and for expansion of their membership by mobilizing support from the registered members with the help of political parties. In the time of inspections in colleges, they become susceptible to corruption. Scholars and independent thinkers in the field are of the opinion that when the proposed body (NC-ISM) comes into force, it must consider the hitherto inefficient and ineffective performances of the CCIM in regulating the Ayush education and medical practice in the country.
Minimum Standard Requirements (MSR) of Ayurveda Colleges and attached Hospitals Regulations, 2012 was introduced by CCIM in 2012 and Requirements of Minimum Standard for under-graduate Siddha Colleges and attached Hospitals Regulations, 2016 was introduced in the year 2016. In the same year itself, the central council brought out a new clause mandating the attached hospitals to obtain NABH accreditation. Today no institution has the accreditation for its attached hospital or the Central Council takes any step to implement the regulations.
The colleges and the hospitals are continuously working because of compliance of certain clauses in the MSR with respect to infrastructure facilities. All over India 205 Ayush teaching institutions have closed during the last two years for want of minimum standard requirements.
The CCIM’s efforts to improve the education have also failed since its inception. The education curriculum for Indian Systems of Medicines does not in any way match the health policy of the country. The medical graduates being produced by these 345 institutes in the country do not have the confidence in practicing their own systems. Even though the syllabus is updated on some occasions, the Central Council is not able to implement it in its true spirit, academic experts alleged.