Homoeopathic Will Help the Poor In Health Services, Now In 5 Rupees Medicines - homeopathy360

Home » Homoeopathic Will Help the Poor In Health Services, Now In 5 Rupees Medicines

Uttarakhand, November 2, 2017: The government is going to resort to homeopathy to improve the poor health services in the state. Dr Hark Singh Rawat, AYUSH and Ayush Education Minister of the state has instructed to open two new homeopathy colleges in the state and arrange for a hospital building in every district and reduce the slip of the drug to five rupees.
Rawat held a meeting with District Level Officers for the purpose of popularizing and strengthening homeopathy and instructed them to expedite work to start two new government Homoeopathic colleges (Dehradun’s Harrawala and Pauri Kotdwar).
He directed to set up a committee to ensure the progress of this work and to give regular details of the progress of construction work to Directorate.
AYUSH minister said that the building should be arranged at the rural level, block level, district level wherever there is no house for the homeopathic hospital. Where the building is not available, the land should be arranged so that the building can be built on it.
It was also stated in the meeting that recruitment should be done by running a campaign against approved vacant posts. In view of the poor prospect of promotion in the department, it was also instructed to increase the posts in the structure.
Dr. Rawat instructed to make a proposal to make a prescription of 5 rupees instead of 19 rupees in the homeopathic hospital. It was also stated in the meeting that adequate availability of equipment and medicines in the hospitals should be ensured.
Additional Chief Secretary Health Om Prakash, Additional Secretary AYUSH GB Oli, In-charge Director Homeopathy Dr. Nasreen Fatima, Director General Health Doctor Archana Rea and homeopathic medical officer of all the districts were present in the meeting. 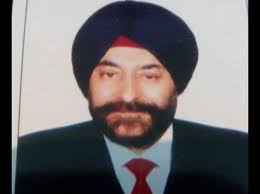 This book is an attempt by the authors to cater to the needs of the young homeopaths primarily...