NEW YORK — This fall, homeopathy may get a boost in awareness and acceptance among American consumers with the screening of “Just One Drop,” a documentary that addresses critics of homeopathy head on, and shares the story behind the medicinal practice.
“Homeopathy has been maligned and misrepresented for 200 years,” said Laurel Chiten, director and principle at Blind Dog Films. “All I am trying to do with this film … is give homeopathy a voice — a voice that continues to be misinterpreted.”

“The film aims to dispel myths and encourage audiences to reset and rethink about homeopathy.” 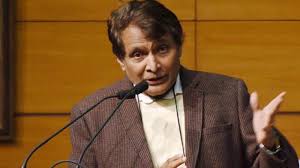 The AYUSH industry is expected to grow in double digits and provide direct employment to 1...

NHS England is consulting on recommendations to remove herbal and homeopathic medicines from GP... According to the short notification released by the West Bengal Health Recruitment Board...