ALL YOU NEED IS LOVE AND HOMEOPATHY - homeopathy360

Home » ALL YOU NEED IS LOVE AND HOMEOPATHY

THE THREE DIMENSIONS OF LOVE
When white light is directed through a prism, it splits into the three primary colors: blue, red and yellow. It was the Greeks who taught us that love also consists of three dimension: Eros, Philos and Agape.
EROS
The first dimension, Eros relates to the ego –to the “I” and its desire for personal pleasure. This kind of love is indispensable, first phase, as explained by Confucius and by Jesus Christ who said “love your neighbor as love yourself “. We need to love ourselves first, love your ego and so bring the billions of cells of which our physical body consists into a state of harmony and joy.
Each cell can survive on its own. But each one is also a specialist and plays a vital role for all the other cells. The cells of the intestine digest for the others. A healthy body is like a utopian society, where all the members love each other and are in constant communication. There is no such thing as a useless, excluded, selfish or lazy cell. What better example could human beings have than the microcosm of their own bodies.
PHILOS
The second dimension of love, philos represents the “we” in which several individuals join together to form a group and love is exchanged between them. It is here that altruistic love starts to make an appearance. Since a mother or father would run through fire to save their child.
The dimension of philos starts with the couple and progressively expands to take in children, extended family, and the community. But even altruistic love such as this can become a short cut to hell, dividing Serbs from coats. Tutsis from Hutus and so on. It is source of all those tribal wars that have marked humanly since the beginning of time.
AGAPE
The third dimension of the love is Agape, which represents universal altruistic love. no longer refer to the “T” or the “we” rather to the “one”.
THE GREAT MASTERS
These were people who attained Agape, or the third dimension of love, during their lifetimes. Jesus Christ being one example. Jesus did in fact describe himself as the “the light of the world “and spoke of the trinity residing within him. The three members of this trinity –the father, the son and the holy spirit – unite to form one just as the three primary colors of yellow, red, and blue unite to form white light. Yellow is the color of the sun or the father, whose rays of light and heat give life to our planet. Red is the color of blood and therefore of the son. Blue is the color of water –of the mother, the ocean and spirit
THE REMEDIES OF LOVE
Literally meaning “ignited by love” Ignatia amara is the remedy for people suffering from disappointed or unhappy love. For them, the second dimension of love – that of the couple, of the “we” – is impossible to maintain because, they want to it to be all-consuming. They constantly hesitate between returning to the self centered love of the “I” and progressing on to the third dimension of Agape
Reputed to protect people from the plague the St. Ignatius bean (from which the remedy is derived) was named by members of the society of Jesus in honor of their founder St. Ignatius Loyola (1491-1556). The characteristics of this remedy reflect the dilemma faced by St. Ignatius himself –a dilemma he solved by adopting the spiritual path. Born a noble man, St, Ignatius initially indulged his “I” by enjoying all the social pursuits and vanities of his time. He then fell in love with a woman whose social rank made any kind of relation ship impossible and the path to the ‘we’ became forever barred to him for her sake. He put himself through countless life endangering act of chivalry until, having injured himself during one of these exploits, he found himself at death’s door. It was here that he discovered Agape or the third dimension of love, and chose to dedicate the rest of his life to the spiritual quest. This quest involved worshipping the holy trinity with such fervor that he would go into a state of ecstasy. His laughter alternating with tears of joy. 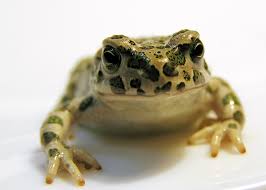 Abstract : Tinea is common skin fungal infection. It is becoming resistant and occurring... World Breastfeeding Week is an annual celebration celebrated every year from 1st to 7th August... The subject of dreams and their analysis has been absolutely intriguing since time immemorial...