"just one drop"glimpse of a documentary on Homoeopathy .. now releasing..See info in description - homeopathy360

Home » "just one drop"glimpse of a documentary on Homoeopathy .. now releasing..See info in description

For the first time in the history of homeopathy a movie is made, by an American movie maker Laurel Chiten, which promises to bust some of the myths of homeopathy, and promote the science and its efficacy in its right form. This movie is slated for release on 6thApril’17 in London.
We see this as a great honor for homeopathy, and sought this opportunity as a reason to get together homeopaths of Mumbai, and as a mark of our unity organize a screening of this movie on the 9th of April, 2017.
Many senior homeopaths have already extended their support. We also plan to invite some prominent faces from other industries, media, etc.
We will also need your support, in which you can invite patrons you would know, survivors, and well wishers.
About the movie:
‘Just one drop’
A documentary film about homeopathy. The Mystery. The History. The Promise.
Homeopathy is a medicine that people love, or people love to hate. Critics love to attack it. It’s been called everything from “ pseudo science” to “the ultimate fake medicine”.  But what about all the people who have been helped by this alleged “fake” form of medicine?  Just One Drop takes us on the journey of homeopathy, a system of medicine that is used by more than 200 million people on Earth.  (http://www.justonedropfilm.com/)
About the filmmaker Laurel Chiten:
Producer/Director Laurel Chiten has been critiquing and influencing social issues for over 25 years. Her high-profile films have screened at film festivals around the world; at universities and medical schools; won numerous awards; been nominated for an Emmy and been broadcast on PBS’s Emmy winning national series, Independent Lens, and POV. Her previous films have gained her acknowledgment and respect from doctors, researchers and institutions including Harvard Medical School, UCLA, MIT, and Harvard University Her films include: Twisted (2006) about people with the neurological disorder, dystonia. Touched, (2003) about people who think they have had contact with aliens and the Harvard psychiatrist who believed them. The Jew in the Lotus(1999), about a group of rabbis that met with the Dalai Lama, and Twitch and Shout (1994) about people living with Tourette Syndrome, nominated for a national Emmy. The intention in all her work is to entertain her audiences while educating them.
Venue: The Leela Hotel, Mumbai
Date: 9th April 2017
Time: 9:30am to 12:30pm (inclusive of tea, coffee, snacks)
Ticket fee: Rs 500 (the fee is largely towards meeting the expenses of the event) As this month of October is Breast Cancer awareness month, get updated with the etiology... 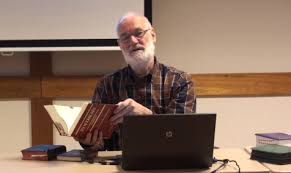 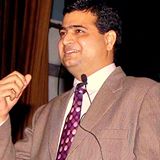