ABSTRACT : Uterine fibroids are benign tumor of uterus and clinically apparent in a large part of reproductive aged women. Clinically, they present with a variety of symptoms. Homoeopathy is very usefull in treating cases of fibroid. Use of repertory helps in easy selection of medicine. Among them one of the important is Murphy repertory which has different rubric and medicine. In this article an attempt made to differentiate the 1st grade medicine for fibroid in Murphy repertory.
INTRODUCTION
Uterine fibroids (UFs), also known as uterine leiomyomas, are benign smooth muscle neoplasms of the uterus that affect women of reproductive age.1
Incidence
It has been estimated that at least 20 percent of women at the age of 30 have got fibroid in their wombs. Fortunately, most of them (50%) remain asymptomatic.2
The incidence of symptomatic fibroid in hospital outpatient is about 3 percent.
A high incidence of 10 percent prevails in England.
It is predominantly an estrogen-dependent tumor. Estrogen and progesterone is incriminated as the cause. Estrogen dependency is evidenced by: a) Growth potentiality is limited during childbearing period. b) Increased growth during pregnancy. c)They do not occur before menarche. d)Following menopause, there is cessation of growth and there is no new growth at all. e) It seems to contain more estrogen receptors than the adjacent myometrium. f) Frequent association of anovulation.
Risk factor for fibroid2
Increased risk
Nulliparity
Obesity
Hyperestrogenic state
Black women
Reduced risk
Multiparity
Smoking

Types:
• Body
• Cervical
Body is divided into Interstitial or intramural, Subperitoneal or subserous, Submucous.
The fibroids are mostly located in the body of the uterus and are usually multiple. Cervical fibroid is rare
Pathology
Naked eye appearance
The uterus is enlarged; the shape is distorted by multiple nodular growth of varying sizes.
Occasionally, there may be uniform enlargement of the uterus by a single fibroid.
The feel is firm. Cut surface of the tumor is smooth and whitish. The cut section, in the absence of degenerative changes, shows features of whorled appearance and trabeculation. These are due to the intermingling of fibrous tissues with the muscle bundles.
Microscopic appearance
The tumor consists of smooth muscles and fibrous connective tissues of varying proportion.
Originally, it consists of only muscle element but later on, fibrous tissues intermingle with the muscle bundles.
CLINICAL FEATURES2
The majority of fibroids remain asymptomatic (75%). They are accidentally discovered by the physician during routine examination or at laparotomy or laparoscopy.
Symptoms
Menorrhagia
Metrorrhagia
Dysmenorrhea
Infertility
Abdominal swellings (lump)
Pressure symptoms

Signs
General examination reveals varying degrees of pallor depending upon the magnitude and duration of menstrual loss.

Abdominal examination
The tumor may not be sufficiently enlarged to be felt per abdomen. But if enlarged to 14 weeks or more, the following features are noted.

Palpation
Feel is firm, more toward hard; may be cystic in cystic degeneration.
Margins are well-defined except the lower pole which cannot be reached suggestive of pelvic in origin.
Surface is nodular; may be uniformly enlarged in a single fibroid.
Mobility is restricted from above downwards but can be moved from side to side.
Percussion
The swelling is dull on percussion.
Pelvic examination
Bimanual examination reveals the uterus irregularly enlarged by the swelling felt per abdomen

COMPLICATIONS
Hyaline degeneration
Cystic degeneration
Fatty degeneration
Calcific degeneration
Red degeneration
Atrophy
Necrosis
Infection
INVESTIGATIONS2
Although, the majority of uterine fibroids can be diagnosed from the history and pelvic examination but at times pose problems in diagnosis.
Ultrasound is an useful diagnostic tool to confirm the diagnosis of fibroid.
Transvaginal ultrasound can accurately assess the myoma location, dimensions volume and also any adnexal pathology. Hydroureter or hydronephrotic changes can be diagnosed.
Three-dimensional ultrasonography can locate fibroids accurately.
Magnetic resonance imaging (MRI)
It is more accurate compared to ultrasound.
It helps to differentiate adenomyosis from fibroids.
MRI is not used routinely for the diagnosis. It is expensive and not widely available

Laparoscopy
Laparoscopy is helpful, if the uterine size is less than 12 weeks and associated with pelvic pain and infertility. Associated pelvic endometriosis and tubal pathology can be revealed.
It can also differentiate a pedunculated fibroid from ovarian tumor, not revealed by clinical examination and ultrasound

Hysteroscopy
Hysteroscopy is of help to detect submucous fibroid in unexplained infertility and repeated pregnancy wastage.
The presence and site of submucous fibroid can be diagnosed by direct visualization during hysteroscopy
MANAGEMENT
The drugs are used either as a temporary palliation or may be used in rare cases, as an alternative to surgery

Indicated for tall slender persons, narrow chested, with thin transparent skin, weakened by loss of animal fluids, with great nervous debility4.
Great susceptibility to external impression, to light, sound, odour, touch, thunder-storms4.
Menses too early and scanty not profuse, but last too long5
Endometritis, prolapsus with weak sinking feeling in Abdomen6
Uterine pain running upward, stitches from vagina into pelvis6
Slight haemorrhage from uterus between the periods
Weeps before menses5
Frequent and profuse or short uterine bleeding in between the periods in nursing woman5
Leucorrhoea profuse, smarting , corrosive, instead of menses5
Cancer of uterus
Amenorrhoea, with vicarious menstruation5
Suppuration of mammae, burning, watery, offensive discharge
Uterine polyps
SEPIA
Indicated for weakness, yellow complexion, bearing down sensation especially in woman
Mentally person is indifferent to loved ones, irritable, easily offended, dreads to be alone4
It is suited to young persons of both sexes of nervous and delicate constitution
Aversion to family to those loved best5
Weak uterus or dragging or bearing down sensation as if everything would escape through the vagina5
Menses too late and scanty, irregular; early and profuse; sharp pains
Violent stitches upward in the vagina, from uterus to umbilicus
Leucorrhoea yellow, greenish with much itching
Prolapse of uterus and vagina
Bearing down sensation as if something would escape through vulva; must cross limbs to prevent protrusion

CONCLUSION
The available literature shows the scope of Homoeopathic medicine in the treatment of fibroid. In the Murphy repertory under the rubric fibroid 1st grade medicines are mentioned. On the basis of characteristic symptom and mental generals along with physical generals we can differentiate these medicines and select proper Similimum according to the case. On the basis of this data further clinical studies can be plan to explore the effectiveness of these medicine in the treatment of fibroid. DEFINITION: The term Nephrolithiasis designates the presence of calculi, single or simpl or... 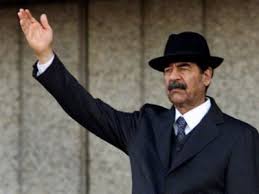 Homeopathy was introduced into the UK by Dr Frederick Hervey Foster Quin (1799-1878) in the...

Dr.(mrs) B.S.Suvarna Cystitis is an inflammation of the lining of the bladder and urethra-a tube...