Association of tobacco consumption with hypertension in adult rural community

Background and objectives: Tobacco consumption is a major source of mortality and morbidity in India. Prevalence of smokeless tobacco (SLT) consumption in India is on higher side. Both hypertension (HTN) and tobacco addiction pose a threat to the health, environment and socioeconomic status of the people. When tobacco use disorder exists in people with HTN, it hastens the disease progress and causes early complications.  This study aims to evaluate the effects of tobacco indulgence in developing hypertension and to assess the knowledge and practices of tobacco addiction as well as their correlates in patients with HTN in rural setup.

This is a cross-sectional study done to look into the association of tobacco consumption with hypertension, in an adult rural population of Kadoli Village, North Belagavi, and Karnataka.

Material and methods: A community based cross sectional study was carried out in Kadoli village of Belagavi district in north Karnataka state of southern India over a period of one year. Data collection was done using the GATS (global adult tobacco survey) questionnaire, questions related to knowledge about HTN, the practices of tobacco consumption and lifestyle modifications.

India, a lower middle-income country with a population of more than 1 billion (rural population 68.84%), is undergoing a rapid epidemiologic transition characterized by an increased prevalence of non-communicable diseases. Kumar et al report that in India 3.78 million (40.4%) deaths in 1990 were due to chronic diseases while this figure is expected to reach 7.63 million (66.7%) by 2020.1 India is the diabetes capital of the world with 41 million Indians having diabetes, every fifth diabetic in the world is an Indian, likewise Mohan et al’s CURES cohort clearly shows every fifth individual is a hypertensive in Chennai which parallels or even outstrips diabetes. 2

Hypertension is a modern day’s epidemic3 that has earned the reputation as the ‘silent killer’ making it a key priority for prevention, detection and control.4 It is defined as systolic blood pressure measuring ≥140 mm of mercury and diastolic blood pressure measuring ≥ 90 mm of mercury recorded in an individual.3 It is a global health problem which is the most valuable preventable cause of premature morbidity and mortality in the world.  HTN affects over 26% of the adult population worldwide.4

According to a study conducted, 1.3 billion people in the world are suffering from hypertension (HTN).  It is expected to increase to 1.56 billion people by 2025. In most of the countries, it is seen that about 30% of the affected population are adults. The burden of HTN is on the rise in most of the developing countries including India, where the situation is quite alarming as 33% urban and 25% rural Indians are hypertensive. Though, proper treatment of HTN prevents complications and other cardiovascular diseases (CVDs) and ameliorates the quality of life (QOL) in the affected patients, it remains inadequately managed in most cases. One of the primary reasons of inadequate treatment might be non-compliance to the necessary lifestyle modifications.5

Community surveys have documented that in a period of three to six decades, prevalence of hypertension has increased by about 30 times among the urban dwellers and by about 10 times among the rural inhabitants. The various studies estimated a prevalence rate of hypertension among urban population ranging from 1.24% in 1949 to 36.4% in 2003 and for rural people from 1.99% in 1958 to 21.2% in 1994.6

The prevalence of smoking is around 30% globally and 55% nationally and the prevalence of overall tobacco consumption is still high in India, so the chance of tobacco addiction in people with HTN is very high. As tobacco consumption is an independent risk factor for HTN, tobacco cessation is imperative measure in lifestyle modification in patients with HTN.5 People often use tobacco products because of their affordability and a misconception that the use of tobacco products could be beneficial in easing stomach aches, toothaches and headaches. The other reason for this high prevalence is that there is limited evidence and knowledge on smoking hazards and its effect on health and lifestyle modification in the general population.4

Some authors have demonstrated an acute increase in heart rate and BP along with elevation of plasma epinephrine after administration of SLT products. Studies reporting a positive association of SLT users with HTN postulate that frequent use of these products leads to continuous moderate levels of nicotine in blood causing sympathetic nervous system activation and rise in BP. Additives such as sodium and licorice used in some SLT products are also thought to have hypertensive effects. Cigarette smoking has been shown to cause an acute elevation of BP and heart rate due to effect of nicotine on sympathetic nervous system.6 Tobacco smoking is an important cause of sudden death from coronary heart disease (CHD) in men below 50 years of age. 5

A community based cross sectional study was carried out in Kadoli village of Belagavi district in north Karnataka state of southern India over a period of one year from March 2019 to March 2020. The study sample was chosen by random selection. The rural sample selected from the satellite OPD of A. M. Shaikh Homoeopathic Medical College at Kadoli village Belagavi District.

Patients who visited satellite OPD of the village above 18 years of age were included after taking an informed consent. Pregnant patients, patients aged below 18 or above 80 years, patients with previous coronary artery, peripheral vascular, cerebrovascular disease, active infection, cancer, heart failure, atrial fibrillation, moderate or severe heart valve disease, malnutrition and renal or hepatic failure were excluded. Convenience sampling was used by approaching the subjects. Data collection was done using a pre-tested and semi-structured type of questionnaire by personal interview.  The questionnaire included questions related to knowledge about HTN, the practices of tobacco consumption, lifestyle modifications.

The blood pressure of each participant was recorded by auscultatory method using, sphygmomanometer. Participants were instructed to take normal diet and to avoid any medication or drug previous night. They were also instructed to take minimum 6–8 hrs of sleep. BP recorded in the morning between 10 am and 11 am. Before recording, they were given 5–10 min of rest and in sitting position. Right arm of the participant was used to record the BP.  Two recordings were taken from each participant with the gap of 15 minutes and the average of two was taken.

In the present study, smoked form include cigarette, beedi (tobacco hand-rolled in dried tendu leaves). Smokeless tobacco (SLT) use consisted of chewing gutkha or pan masala and Misri.  The data entry was done using Microsoft office excels. To summarize the data, descriptive statistics of frequency, percentage, mean and standard deviation (SD) were used. The study was approved from institutional ethics committee of A. M. Shaikh Homoeopathic Medical College Hospital and PG Research Centre. Written informed consent was obtained from all the participants.

Either the use of smokeless or smoke tobacco both are considered to be behavioral attributes of the individuals hindering healthy lifestyle. Gayathri et al. also reported that there is a positive relationship between health locus of control and engaging positive health behaviors. As a conclusive note, it could be inferred from the results that knowledge was not only the determinant that makes people to adopt health-promoting behavior, but there are many other factors which need to be taken into account when talking about the prevention of risk factors. Norah et al, in their discussion on health behaviors of blue and white collared employees, reported that the differences in individuals’ beliefs, values and their social norms could not be ignored in adopting healthy behaviours.14

Gayathri et al. also reported that there is a positive relationship between health locus of control and engaging positive health behaviors. As a conclusive note, it could be inferred from the results that knowledge was not only the determinant that makes people to adopt health-promoting behavior, but there are many other factors which need to be taken into account when talking about the prevention of risk factors.15 Another component of the socio-demographic profile is the age determinant depicted in table 2 with higher prevalence seen from 41- 50 years (37.3%). 16

There is a rapid epidemiological transition among the rural communities of India with a tremendous increase in behavioral changes that influence the lifestyle. Current study was carried out in Kadoli village in northern part of Belagavi, which is also in a phase of transition influenced by urbanization and changes in behavioral attributes. This study shows an increased prevalence of blood pressure in tobacco indulgent especially the smokeless tobacco users. Prevention of smokeless tobacco consumption could be an important intervention in preventing the ongoing upswing in prevalence of hypertension. The prevention activity needs to focus on behavior change hence there is a need for primordial prevention efforts and strengthening health education programs promoting awareness of tobacco consumption and hyper­tension on large scale. Hence, extensive and effective efforts directed toward raising the awareness level regarding lifestyle modifications among rural population would be helpful in reducing the burden of hypertension. This is a prospective cross-sectional observational study hence there is further need of the hour to carry out interventional research studies with tobacco and hypertension.

There are several studies in homoeopathy supporting a wide scope in combating tobacco consumption and treating hypertension. An international study was conducted at “Enrique Varona” in 2006 and researches suggests that though 70% of tobacco users want to quit, only 3% are successful with willpower alone. Thus tobacco users are in the need of support while quitting tobacco due to the addictive nature of tobacco products therefore, the age old observations of homoeopathic stalwarts regarding the use of homoeopathic medicines such as Caladium seguinum, Daphne indica, and Plantago major in reducing craving for tobacco especially in the present scenario when large number of tobacco users were planning or thinking of quitting tobacco use8.

In case of excessive nervousness or irresistible needs to smoke the remedy indicated is Tabacum. Carcinosinum is the nosode will teach to say NO, no longer to be invaded by smoke and by others. Caladium seguinum, is known to alter the taste of tobacco. These are people who want to live in a smoke fog that will hide the shadows. They are often dressed all in white but the fingers yellowed by tobacco. Plantago major to remove the urge to smoke. Nux vomica, overworked person who need stimulants: alcohol, spices, tobacco. Nux vomica was found ideal remedy for hypertensive personalities, to temporary sooth and calm pts who are irritable, angry and hypochondriac11. Sulphur isindicated for craving of cigarette. Other remedies like Carbo animalis, Staphysagria, and Ignatia amara.9as per the research studies, patients responded well to constitutional remedies than to specific remedies like Strophanthus hispidus, Rauwolfia serpentina, Viscum album, etc.10 11 this study can be a precursor for the further homoeopathic interventional studies. There is recommendation of future studies in urban sector and applicability of homoeopathic drugs in future researches.

It is pleasure for the researchers to acknowledge the participants for their cooperation during the study.  We also appreciate the help Dr Raghavenrda for his expertise support. This study would not have been possible without the tireless work and support of OPD doctors, PG’s   and interns posted at Kadoli village OPD of A. M. Shaikh Homoeopathic Medical College, Hospital and PG research centre. 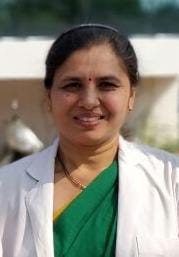 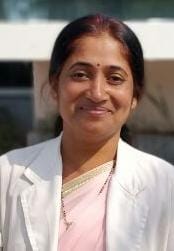 Abstract: The clinical manifestations of COVID-19 are protean, which include asymptomatic... Abstract: Placing centesimal potencies in solution and prescribing them frequently for acute...