NEW DELHI, Mar 14: In order to exploit the gigantic herbal potential and to further promote the AYUSH Sector in Jammu and Kashmir, the Union Ministry of AYUSH has agreed in principle to establish the National Institute for High Altitude Medicinal Plants soon at Bhaderwah in Doda district for which the State Government was making constant efforts.

Besides, the Union Ministry has also consented on another ambitious proposal to establish a 100-bedded Yoga and Naturopathy Hospital in the Central University Jammu for which the land has already been inspected by the Central authorities.

This was informed by the Union Minister of State for AYUSH, Shripad Naik to Minister for Health & Medical Education, Bali Bhagat, who met him here today to discuss various issues related to the AYUSH sector in the State.
During the hour-long meeting with the Union Minister, Bali discussed the status of various projects under AYUSH in Jammu and Kashmir including, establishment of two 50-bedded AYUSH hospitals in Kupwara and Kishtwar, setting up of Medicinal Herbal Industry, Ayurvedic Medical College at Jammu and Unani Medical College at Srinagar. He apprised him that the building of both Ayurvedic College at Jammu and Unani Medical College at Ganderbal, Kashmir are at the final stage and ready for inauguration in the middle of April this year. He also sought permission to start the functioning of Unani Medical College, Ganderbal from this current academic session.

The Union Minister agreed to pay focused attention by the Government of India for expeditious completion of on-going projects. To start with, he released Rs. 2.00 crore each for 50-beddeed AYUSH Hospitals at Kupwara and Kishtwar. He said the technical teams will shortly visit to identify the land at both places so that the work can be started as soon as possible.

Meanwhile, he agreed to start the functioning of these hospitals from the rented buildings till the construction of Government buildings, for which the Government of India will provide the necessary recurring funds.

While discussing the proposal for establishment of Medicinal Herbal Industry in the State, the Union Minister called for a comprehensive DPR to the tune of Rs. 20 crore and assured to examine the same on priority in view of the huge herbal potential in the Jammu and Kashmir.

Regarding the Ayurvedic Medical College at Jammu, and Unani Medical College at Ganderbal, the Union Minister has given his consent to inaugurate both the projects most probably in the month of middle of April. He also agreed in principle to grant permission for starting the first batch of BUMS in Unani College, Ganderbal from the current academic session (2018) and asked the State Government to start the process for making the College functional. 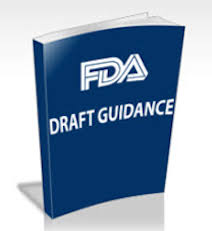 Today is the last day for the public to comment on the U.S. Food and Drug... After 17 days of college lock down, the homeopathy students of Swahid Jadav Nath Homeopathic...