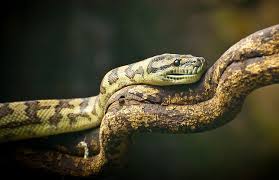 INTRODUCTION
Lachesis is a genus of venomous pit viper found in forests of central and south America. The genetic name refers to one of the three fates in Greek methodology who determined the length of the thread of life. The venom of Lachesis snake is used in making the homoeopathic remedy which is extremely powerful. It is used as a remedy to cure several nervous and circulatory diseases and disorders. Amongst the snakes, Lachesis is one of the best used and proved drug in the field of homoeopathy. This work is to show the redline symptoms of Lachesis by various stalwarts in the field of homoeopathy. This is a small try in combing the redline symptoms of Lachesis from materia medica books of WILLIAM BOERICKE, E.B. NASH &, C. HERING
ABSTRACT
Lachesis in homoeopathy helps in purification of blood in our body, improving the health of women or even improves the conditions during menoupause, in curing various skin injuries, regulates mind and body during mood swings.
Keynote Features