Ayush course aspirants will have to write NEET: Karnataka - homeopathy360 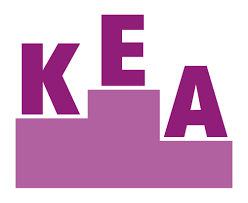 BENGALURU: It is official now. Under-graduate seat aspirants for Ayush courses in the state will have to appear for the National Eligibility cum Entrance Test (NEET) from this year.
The Karnataka Examinations Authority (KEA) has announced this decision taken by the state Department of Health and Family Welfare following the decision taken by the Union Ministry of Ayush.
Based on this, KEA has not included Ayush courses in the applications  released for Common Entrance Test (CET) 2018. As per KEA, “Candidates who are willing to do Ayush courses must register with NEET, and KEA will not conduct tests for Ayush courses from 2018.”
As per the announcement by KEA on its website, “Admission to Ayush  courses in both government and private Ayush colleges will be made  according to NEET ranking of the students from the academic year  2018-19.” Ayush courses cover Ayurveda, Yoga and Naturopathy,  Unani and Homoeopathy.
The Union Ayush Ministry had announced conducting NEET for Ayush courses a year ago, in the academic year 2017-18, but it had not been accepted by several states. So its implementation was postponed to 2018-19.
No room for OCI and PIO candidates
Candidates from Oversees Citizen of India (OCI) and Person of Indian Origin (PIO) categories cannot enrol for CET. For CET 2017,  these candidates were allowed to participate in counselling and were also allowed to take seats allotted under the private quota, apart from 15 per cent seats reserved for NRI quota.
Source: http://www.newindianexpress.com/states/karnataka/2018/feb/03/ayush-course-aspirants-will-have-to-write-neet-1767597.html