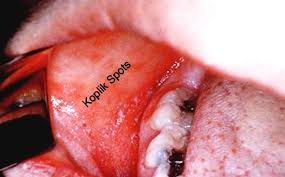 Abstract: Concerning a disease which homeopath Jurgens Weiland says was recognized to be an epidemic disease in the 18th century, Panum in 1846 gave the first clinical observation of an outbreak of measles in the Faroe Islands-  “Observations Made During the Epidemic of Measles on the Faroe Islands in the Year 1846.” In 1875 another opportunity occurred to observe the development and spread of this infectious disease in an outbreak so severe that the inhabitants were cut off from communication with the outside world.
Introduction
Measles is one of the commonest infectious diseases of childhood, produced by an unknown virus which is of a relatively evanescent nature, it is not possible to carry the disease any great distance by a third person or by means of living objects. Its viability is much less than that of most pathogenic germs which are known, it is short lived in the air making fumigation unnecessary, whether or not the virus of measles can remain latent in one who has had the disease is still a question. Only a short exposure is required to communicate the disease and even close proximity to a patient does not seem necessary. Measles are transmitted most easily during the initial stage and at time of the rash. During convalescence the danger is not so great. The desquamation which predominates and in the course of the sneezing, snuffing, hawking and coughing the infecting virus is produced.
Transmission of Measles:
1) through direct contact with an infected individual
2) still more often the conveying medium is air infected with the poison and 3) infection through the secretions of the mouth, the nose ,respiratory tract, also the blood lymph and tears conveyed by persons infected.
The period of incubation is from 11 to 14 days , the period of invasion is marked by symptoms, indistinguishable from an ordinary cold from the onset of the symptoms to the out break of the rash is three to four days. To diagnose measles during this prodromal period is not always easy. The greatest sign is the buccal eruption known as “Koplik sign “ the unit of eruption is a bluish white speck upon a red ground, there may be many or few of these. This eruption can not be seen satisfactorily by artificial light but requires strong sun light. They may be mistaken for milk particles or fungi, these are best seen inside the cheeks opposite the molar teeth. These spots appear at the close of the period of incubation and at the beginning of the period of invasion, three or four days before the rash appears with the appearance of the rash. Their diagnostic value is great because they are nearly always present and they are not found in other diseases . It is called “Koplik’s sign “ for the credit is due Dr. Koplik of New York for calling attention to this symptom, concurrently with the coryza is an irritation of the laryngeal and bronchial mucous membrane . The cough is short, dry, severe and barking.The eruption starts around the head and regions of the face and from there it extends over the neck and downwards over the upper arm and trunk then over the fore arms, hands, the thigh, and finally the legs and feet. It fades in the same order as it comes, the rash usually requires for its development and disappearance from three to five days. With the first appearance of the rash the temperature rises rapidly, may reach 104 degrees or over and usually assumes a continuous remittent type until the fifth or sixth day of the disease when it falls by crisis. The temperature depends upon the severity of the infection, the individual predisposition to temperature changes and occurrence of complications.
Few people are immune to measles, childhood is an especially susceptible period. Adults experience more discomfort from the disease than children; nevertheless it attacks them much more lightly. Holt says very young infants do not readily contact measles . Masier of Vienna contradicts this by saying the idea that a lesser susceptibility exists in the first six months of life as compared with the later period of childhood is certainly not correct. Children under six months of age show a diminished intensity of the symptoms, some times they are only of a rudimentary character so that the disease may be overlooked.
The occurrence of two attacks of measles in the same person is rare. In most instances there was a mistaken diagnosis but the occurrence of a second infective and tonic erythema (those following the use of serum and those of intestinal origin) can give rise to errors in diagnosis, the ultimate results of an attack of measles however mild may not be evident for some time, look carefully for a sub acute pneumonia or tuberculosis in a case that runs a temperature for several weeks with out an apparent cause. While measles is  self limited and can not be aborted, its course can be shortened and its severity lessened by proper care and the indicated remedy. The patient should be kept in bed comfortably covered in a dark well ventilated room, a good soap and water sponge bath between blankets should be given everyday. Keep the bowels well open. Feed nothing but liquids while fever exists. The chances for lung complications are diminished by putting on a pneumonia jacket early and rubbing the chest with oil everyday. This will be the only treatment necessary in many cases, conditions will arise however that require medication.
Homoeopathic Remedies
The three old standbys in measles are Pulsatilla and Bryonia to bring out the rash and control the cough and Phosphorus when indicated. Throat, ear and eye affections should be treated as though they appeared idiopathically, they should never be neglected for chronic laryngitis, chronic nasal catarrh, hypertrophy of the tonsils and adenoid growths of the pharynx, otitis and chronic conjunctivitis are frequent sequelae.