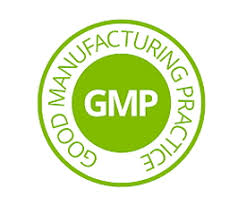 Even though the government has stepped up efforts to promote Ayurveda globally, 15 per cent of Ayush manufacturers fail to comply with good manufacturing practices (GMP) citing inadequate resources thus raising concern over the quality, safety and efficacy of these class of drugs in the country.
As per Ayush ministry, there are 8,667 licenced Ayurveda, Siddha, Unani and Homoeopathy (ASU&H) drug manufacturers in the country, out of which 1,179 are reported to be not compliant with the prescribed GMP. Non-compliance of the GMP by 1,179 Ayush drug manufacturers has been reported in 16 states, including 12 ayurvedic drug manufacturers, in Assam.
According to the ministry, three-fold increase in market size of ayurvedic products from $2.5 billion to $8 billion is expected by 2022. The market for traditional health medicine has been increasing steadily the world over but Ayush industry has not been able to exploit the emerging market opportunities due to constraints such as fragmentation of the industry, lack of standardization of raw materials and the finished products, inadequate R&D, slow pace of modernization of production processes and technology, absence of focused marketing and branding, inadequate emphasis on HRD and others. Due to this Ayush Science is not recognized as Medical & Health Care Sciences.
To address these challenges, the government had come out with ‘Scheme for Development of Ayush Clusters’ and would co-terminus with the 12th Five year plan.
Department of Ayush earmarked allocation of Rs.121.75 crore in the 12th five year plan to fund the projects under the scheme.
As per scheme, a group of 15 Ayush firms can apply for funding and of them, atleast 75 per cent should be manufacturing units having valid GMP certificates for manufacture of Ayush drugs.
The cluster scheme which was promoted to help manufacturing companies lacking certain facilities like blister machines, processing machinery had hardly benefitted Ayurveda sector, largely comprising small and medium manufacturers. “Most of the manufacturers have adequate manufacturing facilities so the scheme is of no use to them and those who lacked facilities preferred to outsource drug manufacturing from a loan licensee rather than opting for the cluster scheme,” said president of Ayurvedic Drug Manufacturers Association (ADMA) Chandubhai Bhanushali.
The government should extend financial help to individual players so that they can comply with GMP standards to maintain their product quality. If the standards of products are not maintained, the perception of Ayurveda products becomes negative, he opined.
Though the government has taken initiative to upgrade facilities at its Ayush hospitals, educational institutes, regulatory agency, it has hardly shown interest in capacity building of Ayush industry, lamented Bhanushali.
A decade back the government had started disbursement of fund for Ayurveda manufacturers to put in place laboratories. As per the scheme, the government offered to finance 30 per cent cost of laboratory at the manufacturing units. A number of Ayurveda manufacturers had availed the scheme. Later the government stopped the scheme.
Ayush ministry had proposed to offer subsidies to Ayurveda manufacturers for upgradation of their facilities but the proposal remained on paper in spite of various reminders from ADMA. The scheme was called centrally sponsored scheme.
ADMA has approached the Department of Ayush seeking financial assistance for Ayush industry but nothing has been done so far, he added.
On one hand Ayush Department wants all the manufacturers should have GMP and cGMP and WHO GMP compliance which needed huge investment on building, newer technology and laboratory with high priced instruments. This was possible if that scheme was implemented. This scheme was for upgradation of age old technology and laboratory. This was 70 per cent of investment of company to be given as subsidy and balance 30 per cent to be borne by company. Some how it could not be declared.
“It is necessary to ensure quality of products for the sake of safety and for consumers to use these medicines with confidence. Ensuring that Ayurveda products are of the quality required for their intended use, GMP compliance is must,” said Ameve Sharma, president, Baidyanath Ayurveda Bhawan and director allAyurveda.com.
Its high time the government should come forward to provide financial assistance to small Ayush companies to comply with GMP norms, he said.
Baidyanath has 11 GMP compliant plants. It is also upgrading two plants to WHO-GMP standards. Its Kolkata facility which is being upgraded to WHO-GMP standards costs the company US$ 2 million. Over next five years, the company is planning to upgrade all the manufacturing units to WHO-GMP norms.