PATNA: The members of Ayush Medical Association (AMA) have requested the health department to bring pay parity with MBBS doctors.
State AMA president Dr Madhurendu Pandey said he hopes the government would rejuvenate Ayush medical system in the state. Dr Pandey said out of the five government Ayurvedic college and hospitals in the state, only the one in the state capital enrol students for the courses. “Many posts are vacant in the government Ayurveda college and hospitals at Bhagalpur, Buxar, Darbhanga and Begusarai; hence, admissions in these hospitals are banned by the Central Council of Indian Medicine (CCIM). The last appointments were made in these colleges in 2001-02,”he said. The concept of a national Ayush mission is only on paper. “There will be individual directors for Ayurveda, Homoeopathy and Unani colleges once a directorate is set up,” he added. PESHAWAR: The principal deputy director of the Frontier School of Homeopathic Medicine, Colonel... 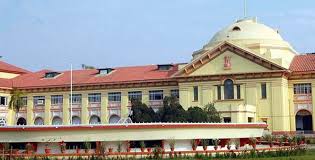 Patna, February 12, 2018: The Patna high court on Monday allowed the use of potable spirit in... The laboratory, established at a cost of Rs. 8 crore is the only one in India for conducting...