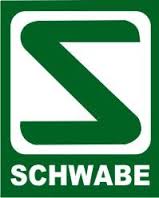 Business, Schwabe Group, Germany, and Ms. Julia Peterle, Area Manager – Affiliated Companies Worldwide, DHU, Homoeopathic Business Unit of Schwabe Group, Germany.
From the Amity Group, in the presence of Dr. Ashok K Chauhan, Founder President, Amity Group, Dr. W. Selvamurthy, President – Amity Science, Technology & Innovation Foundation took part in signing of MoU.  Dr. R.K. Manchanda, Director General, Central Council for Research in Homoeopathy, Dr. Rajeev Kr. Sharma, Director, Pharmacopoeia Commission for Indian Medicine & Homoeopathy, Ministry of AYUSH and other dignitaries from the industry and profession have graced the occasion with their presence.
A hair care product from B&T, Zauberӧl marketed by Schwabe India, which was studied by Amity University for its hair growth activity, was formally launched during the event. This product is developed by Schwabe India with drugs like Arnica montana, Jaborandi, Ceanothus, Eclipta, Sabal serrulata, Thuja and others. Its quality was tested in international laboratories from UK, Germany and India. Safety study was conducted by a team under Dermatologist.
A panel discussion on “Recent Advances and Emerging Trends in Homoeopathy” was also organised. During the event, Mr. Peter Braun said that apart from Europe, the Indian subcontinent is an important base for homoeopathy and Schwabe would focus on quality production.
Dr. R.K. Manchanda said that homoeopathy is practiced in majority of the countries in the world and has been used as medical treatment for various health issues. He acknowledged that right from its inception, homoeopathy has faced strong opposition from the conventional medical community and has not received its due recognition. He highlighted that today, homoeopathy has advanced to a stage where it has treated patients of chikungunya and finding cure for malaria.
Dr. Chauhan described homoeopathy as an underexplored and under-utilized system of medicine which is now undergoing a phase of transformation globally. He stressed that there is a need for enhance scientific approach and research in the field so that the real potential of homoeopathy is brought to its use for better healthcare. The event has witnessed another institute from Amity that Amity Institute of Homoeopathy Research was launched.