When PD patient comes to homeopathy he is already on allopathic drugs. His ability to express in words is obstructed. His or her brain is too slow to reply any question.His/her relatives are unable to give exact mind- symptoms. They can tell the tale of physical symptoms.We do not have totality of symptoms due to inability to speak or express. These are tell-tale symptoms only.
This does not prevent us to take PD cases. But where is the success? During my forty years of experience, I have not seen a single patient with PD getting cured. In the very initial stage, when patient has slight tremors, is unable to button up shirt or gets stuck up, there is possibility of cure. It is here that patient can speak up his mind and tell all the symptoms as desired by a homeopath.
Chief of neurology at AIIMS, New Delhi, Dr. Madhuri Behari says, ‘PD does not affect the part of brain which controls voluntary movements, those we make after thought and planning. Making the movements more conscious tricks the brain’.
‘Mark Morris Dance group of New York’invented a dance to help the PD patients.  PD patients are made to explore movements and music in ways that help them coordinate their limbs better. This is called ‘Dance for DP’. Indian dance center for DP was started by Hrishikesh centre of Contemporary Dance, Pune. ‘PD tremors are more conspicuous when the body is at rest and dance is among the best ways to reduce the tremors’, says Mr. Hrishikesh Pawar of the Centre.
Conclusion
Would some noble homeopath explain the ‘successful cases’ of PD? It would be real service to the fraternity. Do write to this journal. All professors of homeopathic colleges and heads of schools of opinions should organize seminars or workshops on PD to establish supremacy of homeopathy on PD over other systems. This is possible.
————————————————————————————–
Courtesy: 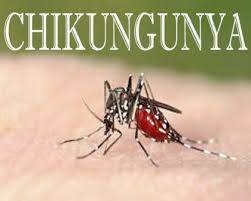 NOBLE METALS : The strictest definition of a noble metal is metal with a filled electron d-band...

Abstract: This article is a discussion about the format of the thesis for Homoeopathic P.G...