ABSTRACT: The following article describes in brief about organopathic system and some lesser used organ remedies related to respiratory system.

And we thus see that organ-remedies by restoring the disturbed organ to health, cure the organism itself.

Organopathy is the specific loyal action of drugs on particular parts or organs. It is thus, a very convenient term in therapeutics as well as in etiology and pathology.1

Respiratory disease is responsible for a major burden of morbidity and untimely death, with conditions such as tuberculosis, pandemic influenza and pneumonia the most important in world health terms. The increasing prevalence of allergy, asthma and chronic obstructive pulmonary disease (COPD) contributes to the overall burden of chronic diseases in the community.2

Dr William Burt says, the first thing to learn about a drug is its physiological and pathological action upon the healthy organisms. To know what tissue what tissues it acts upon, and just how it affects them, leads directly to its curative action. He has classified medicines in two groups:3

Rademacher a 19th century practitioner who first described organ remedies. He distinguished between the ‘universal remedies’ needed to treat the whole person and ‘organ remedies’ prescribed because of the ability to treat individual parts. The prescription is based on the remedies’ affinity with certain organs in the body.4

This approach originated from folk medical practice and was initially coined by Paracelsus (1493-1541) and his dictum of “similar must be compared to similar”.5

Burnett was strongly influenced by Rademacher and Paracelsus. He appreciated the body organs and systems as interacting parts of a whole. This was very close to the medieval viewpoint of these two thinkers. To Burnett this was pure holism. To him the idea of Rademacher’s ‘organ remedies’ was not an unholistic and anti-Hahnemannian blasphemy at all, but a profoundly insightful and pragmatic reality, which could be yoked into practice and brought to bear upon any case. It enriched one’s homeopathy when used correctly. Likewise, he had great respect for the plant and mineral remedies of Paracelsus.6

Burnett first combined the views of Paracelsus and Rademacher with the homeopathic teachings and thereby forged this organopathic treatment approach.

Prescription on the basis of pathology7 has been one of the ways which has been adopted.

Pathological remedies are those which act on the peripheral aspects of the disease, rather than the fundamental. They are of service in the treatment of both acute and chronic illness. With regard to pathological remedies, we may talk in terms of three classes of action-

PATHOTROPISM implies the affinity for particular types of pathological process. Hence, the use of the remedy Ferrum phosphoricum in the early stage of acute inflammation throughout the body.

ORGANOTROPISM implies the affinity for particular sites of disease, be they organs as such, or tissues. Phosphorus, for example, has an affinity for the lungs and liver, covering a wide variety of pathologies, including bronchitis, pneumonia, viral hepatitis and cirrhosis.

These points clearly indicate that the actual anatomical site of the disease, the nature of the pathological process, and modalities may all be relevant to effective prescribing.

SOME LESSER USED ORGANOPATHIC REMEDIES HAVING THEIR ACTION ON LUNGS/RESPIRATORY SYSTEM:8,9,10

Clinically, its therapeutic application has been largely to the treatment of respiratory diseases, rattling of mucous with little expectoration has been a guiding symptom. Unequal breath. Suffocative shortness of breath.Cough and dyspnoea > lying on right side.

A remedy for asthmatic conditions. Dyspnoea or violent cough after first sleep, < lying down > slight expectoration.

The digitalis of the lung. Want of breath during exertion is the guiding symptom. Cardiac asthma. Hale says “Quebracho produces in animal’s respiratory paralysis”. It relieves dyspnoea in phthisis and pleurisy.

A remedy for asthma. Especially when associated with bronchitis. Indicated after arsenic when this is insufficient. Acts best in stout and corpulent patients.

A remedy for asthmatic and bronchial affections. Asthma relieved by expectoration. Cough after influenza. Bronchial phthisis, with night sweats and emaciation. Yerba Santa- the holy plant is a popular expectorant remedy in Mexico and California. Most symptoms < in afternoon. Symptoms come at intervals; or on any sudden changes of position.

J P Seward gave it with great success in two cases of cough remaining after influenza.

It produces a paresis of pneumo-gastric nerve, interfering with respiration. Smothering after falling asleep. Suffocates on falling to sleep or on awaking. Cannot breathe when lying down. Tenacious expectoration. Bronchorrhoea.

Hering gives an account of it. It has a very powerful action on the left lung, especially the upper part. It is to the upper left lung what Oxalicum acidum is to the lower.

Keynote symptom: Pain in upper left lung going right through from the front of the left scapula. Cases of phthisis, haemoptysis, hepatisation, lung syphilis having this symptom present have been cured with Myrtus communis.

Senega is one of the sources of saponin. It has a nauseous taste and leaves a scraping sensation in the throat.  Guernsey thus outlines its action: Where there is great burning in chest, either before or after coughing; profuse secretion of mucous. Nash has cured many cases (with low attenuations of Senega) of “cough with great accumulation of mucous which seems to fill the chest, with much rattling, wheezing and difficult breathing”. Loose rattle in chest, but the profuse, clear expectoration is tough and slips back.

There cannot be much doubt whence Sticta pulmonaria received its name of pulmonaria. The likeness of the plant to lung tissue is evident. Hale introduced it to homoeopathy. He says it was first used for severe, harassing cough. A grand characteristic is dull heavy pressure (or stuffed feeling) in root of nose. Dry night cough is a key note. Cough dry, < evening and night; can neither sleep or lie down; must sit up.

A great cough medicine. Bronchial irritation after influenza. Homoeopaths (led by Jeanes) have bought out special indications for the remedy; chief among them is pain at left third costal cartilage. Hering says, this is really a pain of left bronchus and when associated with offensive muco-purulent expectoration the indications for Pix liquida are complete.

The treasury of botany epitomises the traditional use of this plant in medicine. “The roots in cases of asthma; the seed are also considered to be anti-spasmodic and used in cough. Asthma is < or caused by dust. Asthma > by stool. All complaints > in open air.

Pain in region of third rib about an inch or two from the sternum generally on the right side, but occasionally of left. Useful in frequent cough with this pain. Hering has mentioned its use for old asthmatics.

In homoeopathy, the most appropriate treatment protocol is based on the simila principle; however, this may not happen in all the cases. Experienced physicians switch from one method to another based on the case, availability of the symptoms and also based on his experience. One must see links between different approaches and how they complement each other without losing their individuality for opening wider scope for the benefit of ailing humanity. 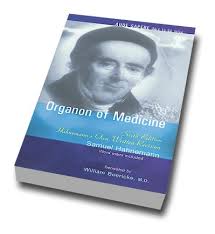 The 4th, 5th, and 6th editions of Organon represent the development of Homoeopathy over a...

Today I am going to speak about Lilium tigrinum, Sepia, and Natrum mur., and although many of...