Covid -19 , declared as global pandemic by World Health Organisation and it has been observed worldwide that body immunity is playing the most important part in the fight against the  COVID -19 and so the importance of building Immunity was realised with it. Homeopathy is the 2nd most popular therapeutic system in the world according to the World Health Organisation with maximum beneficiaries in India. Homeopathic medicine Aresnicum Album 30 was recommended   as Immunity booster against the COVID-19 by Ministry of AYUSH (Homeopathy) in India. Coronavirus Pandemic has given us an opportunity to analyse the effective ness of Homeopathic Therapeutic System and to evaluate that is it really a Placebo therapy as said by Modern Science or the most  rapid gentle and convenient way of treatment as claimed by Homeopathy…..

It is a system of alternative medicine(1), invented  by  Dr Samuel Hahnemann in 1796 in Germany. It is based on the doctrine similia similibus curentur   or “like cures like”. Homeopathic  preparations are termed remedies and are made using homeopathic dilution . In this process, a chosen substance is repeatedly and thoroughly diluted. The final product  becomes chemically indistinguishable from the diluent, which is usually either distilled water, ethanol or sugar; often, not even a single molecule of the original substance can be expected to remain in the product.  .Potentisation is the process of minimising, rather negating the toxic effects of the crude drug substance and increasing its dynamic, curative property. This is done by two methods called ‘Succussion’ and ‘Trituration’.

Since more than 200 yrs. Homeopathy standing and proving its existence in the medical world  by the most painless and most convenient way of treatment.

In homeopathy , arsenicum album (Arsen. alb.)(2) is a  medicinal solution prepared by diluting aqueous arsenic trioxide  generally until there is little or no arsenic remaining in the solution. When properly prepared, the extreme dilutions, typically to at least 1 in 1024, or 12C in homeopathic notation, mean that a pill would not contain even a molecule of the original arsenic used but it is believed that it has the curative power as patient feels relieved with the medicine. But modern science takes it as placebo effect not the curative effect of the medicine.

According to the homeopathic Materia Medica (3),it is a profoundly acting remedy on every organ and tissue. Its clear-cut characteristic symptoms and correspondence to many severe types of disease make its homeopathic employment constant and certain. Its general symptoms often alone lead to its successful application. Among these the all-prevailing debility, exhaustion, and restlessness, with nightly aggravation, are most important. Great exhaustion after the slightest exertion. This, with the peculiar irritability of fiber, gives the characteristic irritable weakness. Burning pains. Unquenchable thirst. Burning relieved by heat. Seaside complaints. Injurious effects of fruits, especially more watery ones. Gives quiet and ease to the last moments of life when given in high potency. Fear fright and worry. Green discharges. Infantile Kala-azar .

It should be thought of in ailments from alcoholism, ptomaine poisoning, stings, dissecting wounds, chewing tobacco; ill effects from decayed food or animal matter; odor of discharges is putrid; in complaints that return annually. Anćmia and chlorosis. Degenerative changes. Gradual loss of weight from impaired nutrition. Reduces the refractive index of blood serum . Maintains the system under the stress of malignancy regardless of location. Malarial cachexia. Septic infections and low vitality. From the time of Hahnemann to the present day Arsenicum has been one of the most frequently indicated medicines, and one of the most extensively used. In the Old School it is most extensively abused, in the form of Fowler’s solution.

Arsenic affects every part of man; it seems to exaggerate or depress almost all his faculties, to excite or disturb all his functions. When all our medicines have been as well proved we will effect wonderful cures.

The COVID‑19 pandemic, also known as the coronavirus pandemic(4), is an ongoing global pandemic  of coronavirus disease 2019(COVID‑19), caused by severe acute respiratory syndrome coronavirus-2 (SARS‑CoV‑2). The outbreak was first identified in Wuhan, China, in December 2019.The World Health Organization, declared the outbreak a Public Health Emergency of International Concern on 30 January 2020 and a pandemic on 11 March.As of 23 July 2020, more than 15.2 million cases of COVID‑19 have been reported in more than 188 countries and territories, resulting in more than 623,000 death and more than 8.66 million people have recovered. COVID-19 affects different people in different ways. Most infected people will develop mild to moderate illness and recover without hospitalization.

#  Most common symptoms are fever, dry cough , sore throat, tiredness bodyache , diarrhoea and loss of smell and test , conjunctivitis even  rashes on the skin have been observed . Asymptomatic cases also have been reported.

# Difficulty in breathing or shortness of breath, chest pain or pressure, loss of speech or  movement   are considered as serious symptoms which need immediate medical attention.

On an average it takes 5–6 days from when someone is infected with the virus for symptoms to show, however it can take up to 14 days.

The first case of COVID-19 in India(5) , which originated from China, was reported on 30 January 2020. India currently has the largest number of confirmed cases in Asia, and has the third highest number of confirmed cases in the world after the United States and Brazil with the number of total confirmed cases breaching the 100,000 mark on 19 May, 200,000 on 3 June, and 1,000,000 confirmed cases on 17 July 2020. India’s case fatality rate is among the lowest in the world at 2.41% as of 23 July and is steadily declining.Six cities account for around half of all reported cases in the country– Mumbai, Delhi, Ahmedabad, Chennai, Pune and Kolkata. As of 24 May 2020, Lakshadweep  is the only region which has not reported a case. India’s recovery rate stands at 63.18% as on 23 July 2020. On 10 June, India’s recoveries exceeded active cases for the first time.

The first case of the COVID-19 pandemic in the Indian capital, Delhi was reported on 2 March 2020. Delhi has the third highest number of confirmed cases of COVID-19 pandemic India after Maharashtra and Tamil Nadu. The total  number of infected people reported  till July24, 2020 are  1,27,000 total confirmed cases   in which 3, 745 death and  1,09,000  cases have recovered.

In the March 2020, Ministry of AYUSH recommended  Arsenicum  Album 30 (7)as a Immunity Booster, daily once in empty stomach for three days. The doses to be repeated after one month by following the same schedule till Corona virus infections prevalent in the community along with other health practices to avoid the infection.

Homeopathic Medicine for Immunity – As according to the AYUSH department(5) in one of the studies Arsenic album as one of the constituents in a formulation affected HT29 cells and human macrophages. Also, it showed NF-KB hyperactivity (reduced expression of reporter gene GFP in transfected HT29 cells) J, TNF-a release in macrophages. More over Arsenic album is a common prescription in the cases of respiratory infections in day to day practice.

Homeopathy being the 2nd most popular therapeutic system in India and being not very expensive people took the medicine of their own as per the directions ,as it was one of the common viral message on different social medias and  medicine distribution was done in different parts of India by Minstry of AYUSH and to the patients in the dispensaries and different health care systems in India.

(I  also  distributed Arsenic Album  30 in the containment zones of Kondli, Mayur Vihar phase 3, Delhi near my dispensary as per the directions of my department)

Today world is fighting with Corona pandemic . More then 188 countries have been affected till date due to COVID-19.  In India first case was reported in Kerala on30th January 2020, being the 2nd most populated country in the world and that too densely populated, every one was alert as well as scared .For India  WHO predicted much more then the present infected rate and mortality . Several other countries with best health infrastructure’s and better hygienic conditions are still facing and trying to save themselves.

Arsenic as a metal

Arsenic(8) is a chemical element with the symbol  As and atomic number 33. Arsenic occurs in many minerals, usually in combination with sulfur and metals, but also as a pure elemental crystal. Arsenic is a metalloid. It has various allotropes, but only the gray form, which has a metallic appearance, is important to industry. (ra During the 18th, 19th, and 20th centuries, a number of arsenic compounds were used as medicines, including arsphenamine (by Paul Ehrlich) and arsenic trioxide (by Thomas Fowler) Arsphenamine, as well as neosalvarsan, was indicated for syphilis  but has been superseded by modern antibiotics. However, arsenicals such as melarsoprol are still used for the treatment of trypanosomiasis , since although these drugs suffer from severe toxicity, the disease is almost uniformly fatal if untreated.

Homeopathic Medicine for Immunity – Arsenic trioxide has been used in a variety of ways over the past 500 years, most commonly in the treatment of cancer , but also in medications as diverse as Fowler’s solution in psoriasis. The US Food and Drug Administration in the year 2000 approved this compound for the treatment of patients with acute promyelocytic leukemia that is resistant to all-trans retinoic acid.

Recently, researchers have been locating tumors using arsenic-74 (a positron emitter). This isotope produces clearer PET scan images than the previous radioactive agent, iodine -124, because the body tends to transport iodine to the thyroid gland producing signal noise.Nanoparticles of arsenic have shown ability to kill cancer cells with lesser cytotoxicity than other arsenic formulations.

In subtoxic doses, soluble arsenic compounds act as stimulants , and were once popular in small doses as medicine by people in the mid-18th to 19th centuries.Arsenic trioxide was approved for medical use in the United States in 2000. It is on the World Health Organization’s List of Essential Medicines .Approximately 50,000 tonnes are produced a year.Due to its toxicity a number of countries have regulations around its manufacture and sale.

Arsenic trioxide is used to treat a type of cancer known as acute promyelocytic leukemia  (APL). It may be used both in cases that are unresponsive other agents, such as all-trans retinoic acid  (ATRA) or as part of the initial treatment of newly diagnosed cases.This initial treatment may include combination therapy of arsenic trioxide with all-trans retinoic acid (ATRA) Some evidence indicates that arsenic is an essential trace mineral in birds (chickens), and in mammals(rats, hamsters, and goats).

According to the studies arsenic is an essential trace mineral in birds and mammals, and is used in the field of modern medicine for various diseases. When we go thru the homeopathic way of Arsenicum Album 30  medicine preparation ,  it makes the diluent remember the original substance and so it is believed and clinically confirmed that patient feels  the relief in its symptoms .When we compare the statics of COVID -19 effects in other countries and in India, our country stands in a better position. Since the AYUSH department recommended ARS ALB 30 , as immunity booster , most of the population showed its faith in AYUSH. In our country recovery rate is much better and most cases are being reported with mild symptoms. So , can we say the ARS ALB 30, helped to improve the Immunity during this COVID -19 Pandemic?

Due to Global pandemic whole world is suffering health wise as well as economically. Effectiveness of Immunity booster Arsenic Album 30 is a subject of further research and discussions. Being a Homeopathic Physician I believe that homeopathy is going to prove itself very soon as the worlds most sophisticated and reliable way of treatment.

Dr Sunita Singh ,presently working as Sr. Medical officer with Dept. of AYUSH, Govt. of NCT of Delhi. She has done her BHMS from Nehru Homoeopathic Medical College and Hospital, Delhi She Joined Health & Family Welfare Dept, Govt of NCT of Delhi as Medical Officer in 2010 and serving in the Department for last 10 years. 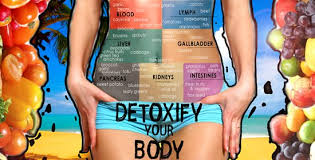 Definition Homeopathic drainage is a process of detoxifying the body by opening the emunctories... 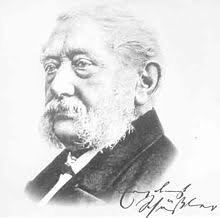 CALCAREA FLUORICA This substance is found in the surface of the bones, enamel of the teeth...