Background: Women are symbolised for gentleness and sensitivity, hence diseases related to women must treat with gentle Mmethods. Homoeopathy is known for its gentle treatment and providing relief in many female disorders. Homoeopathic medicines prove their efficacy in management of female disorders, and among these medicines, Conium maculatum occupies its unique place in management of various female disorders from dysmenorrhoea to carcinoma related to female genital organ. So, it is imperative to understand the role of this multitasker in depth.

Result and Conclusion: This study not only explores the role of conium in female disorders but also explores its action at cellular level.

Homoeopathic materia medica contains many symptoms related to female genital organs which are collected during drug proving, toxicological data and clinical experiences from various pioneers. Homoeopathic medicines give huge contribution to Gynaecology and Obstetrics department of medical science with their dynamic action in management of female disorders. Conium maculatum (from Apiaceae family) is one the medicines known for its action in female disorders. Due to its action in various female disorders its action is one of the curious matters for every physician. Study of Conium maculatum medicine in context to its role in various cases with some data regarding cellular and bio-chemical action explores its multitasker role in management of female disorders.

Primary objective of study was, “to explore the role of Conium maculatum  in various female disorders through various literatures in medical field”, and secondary objective was “to understand its utility from various data related to its action on cellular and biological level.

Inclusion criteria: 1) All the literature sources from homoeopathy (computerised and printed) were examined to collect information regarding the role of Conium maculatum in female disorders. 2) While various data regarding action of Conium maculatum on cellular level were collected from various data sources with time period of 10 years (2011-2020).

Exclusion criteria: Any research study related to Conium maculatum or its action before 2011 were excluded.

Conium maculatum  is an erect annual or biennial, virtually glabrous, with a foetid, mousy odour when crushed. Conium maculatum, commonly known as poison hemlock, is one of the most toxic members of the plant kingdom. The concentrations and relative ratio of different Conium maculatum  alkaloids appear to depend on different factors such as temperature, moisture, time and age of the plant. It contains piperidine alkaloids (coniine and cyanapine). The consumption of varying parts of the plants can cause different degrees of clinical effects. The leaves are more dangerous in spring, and the fruit (mature fruits) are in fall.

As a medicine, it is a sedative and antispasmodic. It is directly antagonist to strychnine and therefore used as antidote in strychnine poisoning and also in tetanus and hydrophobia. It may prescribe in undue nervous motor excitability (dentition, early stage of paralysis agitans, spasms of gullet and larynx) and as inhalation to relieve coughing in bronchitis, whooping cough and asthma. In china, it may be used medicinally to relieve pain and reputedly as a cancer cure. (1)

Action and symptoms of conium were mentioned by many homoeopaths in different materia medica but some are very useful data regarding the role of Conium maculatum in homoeopathy. Dr Burt mentioned about atrophic condition at glands related to genital organs. Let’s explore the role of Conium maculatum in female disorders except its popular use in vertigo and neurological disorders.

Amenorrhea: Dr Hughes mentioned about role of Conium maculatum in amenorrhoea where it is part of a general depression of sexual activity. (5)

Ovaritis: In a case of acute ovaritis supervening during chronic inflammation of this organ, and where the face had already become hippocratic and the pulse filliform, Conium maculatum brought about a cure. (7) Ovaritis; ovary enlarged, indurated; lancinating pain. (8) Pulsatilla nigricans is often serviceable also in more frequent chronic form of the disease; but it has rival in conium, which is strongly recommended by Dr Drury. (5)

Vaginitis: Dr Jahr mentioned about utility of Conium maculatum in chronic vaginitis and also for vaginal fistula. (7) Leucorrhoea after micturition. (8)

Vulvitis: Dr Jahr recommended this medicine if the inflammation had been caused by mechanical influences. (7)

Mastitis: suitable for induration after inflammation. Mammae lax and shrunken, hard, painful to touch.  Stitches in nipples. Wants to press breast hard with hand. Breasts enlarge and become painful before and during menses. (8)

Dr Dunham mentioned that Pliny and Avicenna recommended poultices of Conium maculatum and corn-plaster to remove tumours of the breasts and testes, and to repress the secretion of milk.(10) Dr Burnett mentioned about usefulness of Conium maculatum in case of tumour where cause is mechanical one( traumatic injury, fall or blow) and he also mentioned about role of Conium maculatum in relieving neuralgic pain.(11) Dr Nash mentioned about some indication of conium with remedy differentiation which are as follow, Many cases of lumps or swellings in the breasts, Conium maculatum and Silicea terra both have hardness of mammae, Conium maculatum right, Silicea terra left nodules.(12) “Acting, as Conium does, upon the glandular system, we naturally expect it to be a great anti-scrofulous and anti-cancerous remedy. We use it for swelling and induration of glands after contusions and bruises; tumour of various kinds, especially scirrhus, coming on after injury, are also helped by this remedy. These indurations are quite common in the mammae, in the testicles, and in the uterus”. (13)

Prolapse of uterus: Dr Guernsey mentioned in following way, Principally with Conium, fifteen years ago, I cured permanently a case of prolapsus of six years’ standing, in which all pessaries and abdominal supporters, even that of the celebrated Mrs. Betts but failed to keep the uterus within the vulva. The prolapsus was complicated with induration, ulceration and profuse leucorrhoea. This lady has since borne several children, and has never experienced a return of the malady. All cases of prolapsus can be cured by the use of the indicated homoeopathic remedy.(14)The prolapsus was complicated with induration, ulceration and profuse leucorrhoea- these indications were mentioned under the heading of cancer.(15)   Induration and enlargement of ovaries and womb, prolapsus uteri complicated with induration and ulceration of the cervix, with profuse leucorrhoea, have been repeatedly cured with Conium maculatum on the indication of these complaints having been the result of suppressed sexual desire.(13)

Neuralgia: The natural enlargement of the breasts at this period causes undue pain and tension. Conium maculatum and Pulsatilla nigricans are suitable here when neuralgia predominates. (14) According to Cowperthwaite, swelling, soreness and pain in the breasts preceding the menses, either with or without tumor is useful clinical indication for Conium maculatum. (18)

Sterility: Borax and Conium are the medicines most in repute: the former is said to be indicated by the co-existence of an acrid leucorrhoea, the latter is suitable to depressed ovarian activity. (5)

Cancer: Some of the apparently scirrhous formations are developed in consequence of a blow upon the breast; many of these, whether they might have finally resulted in open cancer or not, are readily cured and caused to disappear entirely by the exhibition of Conium maculatum. (14) Grimmer mentioned about conium as drainage and canalized remedy for breast carcinoma. Dr Cowperwaite mentioned about indurations, scirrhus where sharp, lancinating pain was present. (19) In all the scirrhous affections of the breast, womb or other parts the pains of Conium maculatum are burning, stinging, or darting, and may make one think of Apis mellifica, other symptoms must then decide between them. (12)

CONCLUSION: The above mentioned homoeopathic data and research studies support the role of conium in female disorders. Its well-known use in tumour as well as lesser-known utility in prolapse of genital organ provide useful information regarding the action of conium as well as open the door for further clinical verification of this multitasker drug named Conium maculatum . 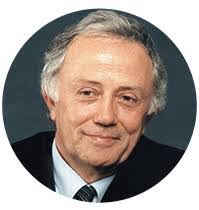 The rapid development of medicine in the 20th century, due to the large-scale implementation of... Abstract The objective of this study was to develop a criteria catalogue serving as a guideline...