Childhood Obesity - Symptoms and Causes and Treatment with Homeopathy

Home » Childhood Obesity – Symptoms and Causes and Treatment with Homeopathy

Rapid urbanisation and dramatic lifestyle changes in the past few decades have led to the emergence of a silent obesity pandemic, especially among children. Obesity whether due to the genetic soil or the sedentary pattern, or combination of both can negatively affect the development of physical health as well as the mental potential of these children in future. In homoeopathy, constitution is a major tool for selecting remedies which portrays the phenotype resulting from a unique genetic expression of individuals exposed to varying lifestyles and acts as a fertile or sterile ground, on which pathologies develop and thrive. The “similia” between obesity and constitutional tendencies of Calcarea group of remedies for obesity in children has been portrayed through this article.

According to the WHO, over 40 million children under the age of 5 and 340 million children and adolescents aged 5-19 are overweight or obese3. Obesity can have adverse effect on health of these children, leading to reduced life expectancy and/or can be associated with different types of diseases like type 2 diabetes, dyslipidemias, cardiovascular disease, hypertension and cancer in later life. Obesity is a multifactorial disease that results from the interaction between the environment, culture, physiology, metabolism and genetics. Predisposition to obesity in children can be due to genetics and family history, intrauterine growth retardation (IUGR) with rapid post natal weight gain, excess maternal weight gain, IU exposure to gestational diabetes, formula feed dietary excretions like excess sugar, starches and fried food, sedentary lifestyle, etc. Abundance of nutrition clubbed with sedentary lifestyle, leads to increased storage of energy in fat cells of adipose tissues. This accumulation is driven by genetic endowment of individuals, denoted in homoeopathy as “constitutions”. Today, gene expression profiles are instrumented to guide therapeutic and prognostic management whereby genotyping is used to provide a new means to assess the risk of diseases as well as variations in response to a number of drugs, and physicians are able to better understand the role of certain genes in the causality of obesity4.

A high risk of failure is seen in adopting lifestyle modifications, long-term weight management and also the side effects of medical and surgical treatments available, which often makes many parents to search for complementary and alternative medicine (CAM) for treating obesity in their children and adolescents. Homoeopathy is an alternative systems of medicine where the selection of remedy is based upon the law of similar and theory of individualization by using holistic approach.

Reportorial tracing of obesity, boldly chalks out remedies of Calcarea group, which are suited to persons of plus tissue of minus quality according to their constitution. Calcarea carbonicum pathogenesis shows tendency to early obesity. The activity of the lymph glands is not proportional to the capacity for assimilation; oxidation is imperfect; hence, there is a rapid deposition of fat in cellular tissue, especially about the abdomen; but tissues are imperfectly nourished; though apparently robust, he is really sickly; his plethora is apparent; his blood is watery, and contains too many white corpuscles.” Dr. E. A. Farrington5 .The children from this group tend to be plump, slow and have weak resistance to infections. They are well behaved, but obstinate. The child is usually curious, asking questions about religion etc. Calcareas are intellectual but there is imbalance between the physical and mental sphere. Due to this imbalance and also their lack of stamina, they may become depressed and lose interest in work/studies. This often tends to the development of sedentary habits, and thus may lead to these children gaining excess weight.

Constitution and characteristic features of these remedies to understand the individualisation among the group.

In Aphorism  4, Dr Hahnemann  has  rightly mentioned,  “he is  likewise  a  preserver  of health  if  he knows  the  things  that  derange health and cause disease, and how to remove them from persons in health”, this ensue that while understanding the causative factors of a disease one should be familiar with the soil on which the disease is thriving, i.e. the constitution of the sick. As constitution is an expression of genetic structure of a person, it can be used to trace out the most similar remedy in diseases with genetic predisposition as a major underlying cause like obesity. From the above description of Calcarea drugs, we can infer that while most of the drugs under Calcarea group have tendency to obesity and excess weight in children, Calcarea phosphoricum children are generally emaciated instead of fat like the typical Calcarea child, and the Calcarea flourica child has tendency to emaciate despite of eating well. Similarly, Calcarea iodatum and Calcarea flouricum are described to be fast and sharp which is in contrast to the general sluggishness and slowness that prevails in the Calcarea soil.Thus, it is the individual characteristic feature of each case which guides us towards the ‘simillimum’ or the antitype of the remedy and forms the basis of homoeopathic prescription.  Also, the concern of homoeopathic management of obesity in children should aim at improvement of obesity-related co-morbid conditions and to reduce the risk of developing co-morbidities in future.

Conclusion: The strength of the ‘law of similar’ and ‘individualisation’ has been highlighted for managing cases of lifestyle disorders like obesity. The individualised constitutional homoeopathic medicine addresses the underlying cause and individual susceptibility of the child and aims to treat not only obesity but to restore the constitutional and metabolic tendencies. It is noteworthy that a homoeopathic constitutional prescription is incomplete without knowing other underlying, exciting and maintaining causes, the miasm of subject and the characteristics symptoms as well. Abstract: Gallstone disease is the most common disorder affecting the biliary system, the...

Abstract Hypertension is one of the leading causes of global burden of disease. Hypertension... 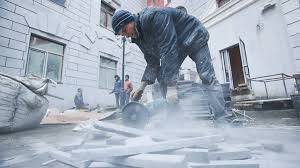