An Evidence - Based Case Report of Cholelithiasis - homeopathy360

Home » An Evidence – Based Case Report of Cholelithiasis

A four years old baby girl having diagnosed with cholelithiasis in USG came for homeopathic treatment with the hope to avoid surgical intervention. After complete case taking, case analysis and proper individualisation single homoeopathic medicine in single dose was prescribed. After four months of treatment, the patient not only got relief of her presenting symptoms but also a positive USG report gave result of no calculus in gall bladder. This article gives a clinically useful review of a case with evidence about how an individualised homoeopathic medicine treated gallstone successfully which increases the confidence level of a controversial mind that why and how one should apply homoeopathic medicine instead of doing surgery. The paper is intended to make readers aware of current thinking in this field.

Gallstones are hardened deposits of the digestive fluid bile, that can form within the gallbladder. They vary in size and shape from as small as a grain of sand to as large as a golf ball.[1]Gallstones occur when there is an imbalance in the chemical constituents of bile that result in precipitation of one or more of the components. Gallstone disease is often thought to be a major affliction in modern society.[2]  In this particular case, the baby girl presented her clinical symptoms of pain abdomen with H/O AGE attack previously, occasionally occurrence of pyrexia was there with vomiting.

She suffered from repeated AGE and hospitalised for the attack in last two years. She had H/O occasional pyrexia which came with constant yawning before the attack. She was passing hard stools in 2-3 days interval with constant offensive flatus. She presented with grinding of teeth at night in sleep. As per the narration of her parents, the girl was very obstinate, stubborn in nature.

(1) This disorder is usually diagnosed by history of recurrent episodes of right-upper-quadrant or epigastric pain, suggesting biliary colic and Boas‘ sign. There may be fever, tender right upper quadrant with or without Murphy’s sign, tenderness when the hand taps the right costal arch (Ortner’s sign).[1]

(2) The three primary methods used to diagnose gallbladder disease are ultrasonography, nuclear scanning (cholescintigraphy), and oral cholecystography. Today, ultrasonography is the method most often used to detect cholelithiasis and cholecystitis. Occasionally, gallstones are diagnosed during plain x-rays. Ultrasonography has a specificity and sensitivity of 90-95%, and can detect stones as small as 2 mm in diameter.[2]

Miasmatic analysis: The mental and physical characteristic symptoms are showing psoric dominancy so the case points towards psoric miasm. [3]

As the case was presented with prominent mental and physical general symptoms, Kent’s repertory was selected for repertorisation with help of Hompath Zomeo.[4]

2)PLACEBO 30 once a day for next four months till the baby was improving.

By considering susceptibility, seat of the disease and mentality of the child single dose of two hundred potency has been selected.[5,6,7]

Expected outcome of the treatment plan:-

(1)Recovery of the patient by removal of the presenting complaints as well as restoration of the health with no further comeback of previous complaints.

After four months of homeopathic treatment USG of whole abdomen was done with following follow up result.

1)No abdominal complaints till now since the treatment started

2)No attack of AGE till now.

4)appetite, thirst, sleep and all other generalities now had no imbalance.

Normal study with no calculus was found now.(Fig.3)

Gall bladder stone is quite uncommon in children but not rare for which patient always wishes to avoid surgical intervention. In the above described case, it is very clear that individualised simillimum remedy can give magical recovery. We know that smaller the dose of a truly indicated medicine, the better as it produces a gentle remedial effect.[3] Though through full analysis of the case as well as repertorisation CALCAREA CARBONICUM was indicating the most indicating remedy,[4] but on the basis of mental general, physician’s observation and symptoms similarity CINA MARITIMA was prescribed.[9] Then the follow up of the case with the anti-psoric (Calcarea carbonicum) was given where CINA MARITIMA  gave outstanding result with removal of the symptom. Even after 6months later, the patient gave no afterward complaints till date.

WHY INDIVIDUALISATION IS THE OPTION OF CHOICE?

It is described in §153 of Organon of Medicine, that it is the most striking, singular, uncommon, peculiar, or characteristic symptoms of the disease that are to be kept chiefly and most solely in view; it is for analogues to these that we must search through the lists of medicinal symptoms[8].

WHAT DOES SIMILLIMUM MEANS IN CASE PRESCRIPTION?

The simillimum is the most similar remedy corresponding to a case, covering the true totality of the symptoms and always curative; also, in incurable cases, it is the best possible palliative remedy. The selection of the simillimum involves its administration singly and without admixture of any other medicinal substance. Alteration or rotation of remedies sometimes leads away from accurate and definite knowledge of drug effects, and sooner or later leads to polypharmacy which needs to be avoid in individualised homoeopathic prescription[6,7,8].

The homoeopathic dose, therefore, is always a sub-physiological or sub-pathogenetic dose; that is, a dose so small as not to produce pathogenetic symptoms; for we desire, not to produce more symptoms, but only to remove and obliterate symptoms already existing. It must also be given in a dose so small, as not to produce a severe aggravation of the already existing symptoms[6,7]. The success of homoeopathic treatment depends to a great extent on the correct selection of the potency and the requisite potency should be selected through the susceptibility of the patient[8].

7.Dudgeon RE. Lectures on the Theory and Practice of Homeopathy. New Delhi: B. jain publishers (P) Ltd; 20198. 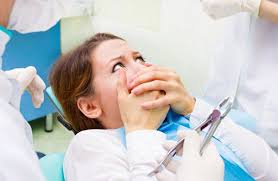 Mr ABC was 9 years old when a dentist failed to anesthetize a back molar properly and hit a...