Homoeopathic Key To The Conscious - homeopathy360

Home » Homoeopathic Key To The Conscious

Homoeopathy provides us with another key ,both to the unconscious and the language of the physical body .The homoeopathic method is based on the results of remedy provings ,healthy volunteers take potential of a certain substances for several days running until for several days running until they start to experience symptoms , these proving symptoms are carefully noted down , using the exact words the prover , the number and quality of symptoms will depend upon both the substance used and sensitivity of the individuals .At the end of the proving all the symptoms are recorded and classified in the homoeopathic material madica , some of these symptoms result from  the secondary reaction of the prover

Proving symptoms may be physical or mental dreams are considered to be particularly important , since they reflect the basic essence of the substance and are highly specific

The truth of this was demonstrated to me through the remedy muriaticum acidum  , It was Hahnemann himself who conducted the original proving of hydrochloric acid and he and his colleagues recorded nearly 600 symptoms including difficult disturbed sleep on the fourth day dreamed that his mother died

Some of the centuries later a seven year old boy was brought to my clinic by his desperate mother , she told me that her son was constantly ill  , with one bout of bronchitis after another looking through his medical records , I noticed that the boy had twice suffered from haemorrhoids which is very unusual for a child

A glance at Kent;s repertory just gives one remedy for this symptom –muriaticum acicicum

Though comparatively young the boy’s mother was anxious , tired and prematurely wrinkled .I asked her how she felt herself and she told me that she had slept badly for years due to a recurrent night mare which woke her her up every night and prevented her from going back to sleep on further questioning ,she revealed that the dream she had was of her mother dying ,looking in Hahnamann’s material medica pura and finding this to be one one of the proving symptoms of muriaticumacidum .I felt a shiver go up to the spine

I then asked the woman about her mother and she told me that she had died of tuberculosis when she herself was seven .They were living in Morroco at the time , but then moved back to France .One generation on , her son’s recurrent bronchitis and horrenreous coughing were forcing this woman to constantly relieve her own mother’s death .I prescribed muriaticum acidum for them both –the son’s bronchitis disappeared and the mother started to sleep again .

I concluded from this experience that the remedy muriaticum acidium relates to anxieties about looking one’s mother .Could it be that the nerve impulses linked to such emotions use hydrochloric acid as a transimitter ?

Some time later a male patient asked me to give him some thig heorroids that had resisted all kinds of treatment for three weeks nothing his anxious expression , I asked him how his mother was .He blanched then told me that three weeks earlier his mother has been diagnosed with terminal cancer . While this patient did not feel able to say ,my mother dying he could tell me I have got heamorroids and the homoeopathic process enabled us to link his physical symptom with those anxieties which until then he had felt unable to express.

Another patient was in despair at the sight of her 25 years old son’s slide into alcoholism .Needless to say many different techniques had been tried over the years to help him kick his addiction , which was destroying the whole family and ruining his whole life . When I asked about the pregnancy , his mother told me that it had been very traumatic due to the death of her old mother around that time . I there fore prescribed a single dose of muriatic acidum 15C which put her son on the road to recovery .Having experienced the grief of losing a mother while still in the womb , this young man had left unable to leave leave his own mother and become an adult

.Hundreds of homoeopathic medicines are studied in this way , enabling us to trace physical illnesses back  to unexpressed words to words and feelings In the beginning was the word and the word became flesh as the gospel of St.John tell us . In the beginning there are words and these words are transmuted into physical illnesses , when words remain unspoken they are suppressed into unconscious and can can act like curse affecting several generations as they get handed down from parent to child

this transmutation of the word into flesh is easily explained by recent discoveries in the field of neurophysiology . When speech vibrates against the ear , nerve impulses are transmitted to the brain . While these messages travel along the nerve in the form of electric current , it is chemicals that enable them to jump from one nerve to to the next . These chemical substances in the brain are closely related to those found in the world around ud and it these same substances that are used in the homoeopathy .The most similar remedy –the simillinum –relates to that chemical which made the first neurological link following speech .This set of domino effect the chemical reactions extending down through every level and out to every part of the body .The endocrine systems is just one of the levels affected

psychoanalysis operate at the level of the word , while classical homoeopaths try to identify the simillinumcorresponding to first neurotransmitter , Other homoeopaths work more on the periphery and the symptoms created by these chemical reactions .while allpaths try to correct their organic manifestations

The third miasm syphilis represents destruction jealusy murder th Freud’s Oedipus complex , plus progression to the one the third dimension of love

A person psychological development by these three forces from the moment of his or her conception wnen the gametes of the father fuse with those of the mother right up until the end of life. Needs are general wants or desires . Every human being has to strive for the satisfaction of his... 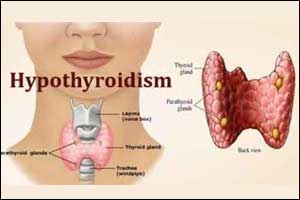