Dear friends,
There’s still a lot of confusion over Genus epidemicus or Preventive treatment in homeopathy for COVID-19…
Here is a small attempt to throw a light on this concept and sharing here whatever I have learnt from the teacher of teachers Professor George Vithoulkas.

*If exact similimum is given, Homeopathy can prevent your existing disease, BUT CAN’T PROVIDE PROPHYLAXIS AGAINST ANY DISEASE.*

Homeopathy can prevent pandemic or any other disease per say, by stopping it’s natural course. i.e. if you start suffering with symptoms of a disease, an indicated Homeopathic remedy is prescribed and you feel better because natural course of the disease is aborted.

Acute disease has 3 probable outcomes – Cure, Complications or Death. Homeopathic medicine (prescribed only when indicated) aborts or stops this natural course of a disease inside human body (which it would have otherwise completed if medicine or treatment wasn’t offered.)
*This is prevention of that particular disease by giving indicated remedy.*

This clearly means, even if you’re exposed to Covid19 sufferer but if you don’t have Covid19 symptoms, you don’t need any homeopathy medicine or treatment. How can You fill up a vaccum, if it doesn’t exist? Like wise, how can you treat something which doesn’t even exist?

You don’t fall sick just by exposure to the micro organism, you need to be susceptible to that micro organism to get infected from it. Your susceptibility is your individuality which is the basic principle of this beautiful science Homeopathy.

Hence, prescribing a medicine (Arsenic Album, Camphora, Zincum muriaticum, Justicia, Napthalinum, Spongia, Drosera, Sepia, etc) to whole population even if they’re not having any signs or symptoms, assuming that the medicine will act as a prophylactic, is actually a wrong and illogical idea. Prevention, (as described above) and Prophylaxis are two different terms with different meanings.

Whenever patient had symptoms of Belladonna, then only Belladonna was prescribed, otherwise other indicated medicine was prescribed. Patients who needed Opium Or Ipecac Or Chamomile, were not at all prescribed Belladonna.

At that time also and now also, patients get cured because of curative action of homeopathy medicine and not because of NON EXISTING prophylactic action. Those who are not susceptible, won’t suffer FROM epidemics or pandemics, so taking so called prophylactic medicine is as good as taking nothing.

So, Genus Epidemicus is the medicine which is the most commonly indicated in that particular epidemic or pandemic, and has *acted curatively* in maximum number of patients. That is the only importance Genus Epidemicus carries, otherwise it’s just like any other homeopathy medicines. It definitely doesn’t possess the power of prophylaxis as it is thought to be.

There is no such concept of prescribing Genus Epidemicus as a prophylactic medicine to people who are not having signs and symptoms of the epidemic or pandemic disease.

*Whenever there is no individualistic approach, that isn’t homeopathy, it’s something else.* Dr. Sanket Nagare, MD (Homeopathy), DIACH(Greece) Is a passionate classical homeopath, based in Maharashtra, India. He advocates the study and practice of classical homoeopathy in the traditional way as described in the book organon of medicine by Samuel Hahnemann. He is an ardent follower of teachings of Prof. George Vithoulkas and owes his practising success to Professor Vithoulkas. He holds Diploma Of International Academy Of Classical Homeopathy and has studied various courses at the academy. His practice emphasizes a rational approach to restoring and maintaining health through safe, effective and gentle means. He has experience of treating various chronic cases and is practising classical homeopathy based upon teachings of prof. George vithoulkas. Email- dr.sanketnagare@gmail.com

Homeopathy In The Age Of COVID – 19

A Case Of Scalds 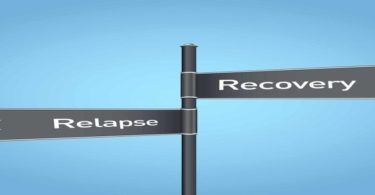 Author: Prof. (Dr.) Goutam Das M.D. (Homoeopathy) [Abstract: This article includes the clinical understanding of the teaching of our Organon of Medicine & Homoeopathic Philosophy that; what are the, “Obstacles to recovery in each and … how to...