Since the days of Hahnemann the effectiveness of Homoeopathy in epidemic diseases is quite known to all of us.
Considering the global threat of COVID-19 including our country and nonavailability of any curative and preventive medicine, we felt an urgent necessity to draw the attention to the highest authority of our country including policy makers regarding the scope of Homoeopathy in this challenging situation. Hence we wrote three letters addressed to PM with the following ideas: 1. First letter on 27th March, 2020 with the proposal to develop a medicine (“nosoCOV”) following the successful experience of CUBA with homoeoprophylaxis against Leptospirosis, which may be effective in preventing COVID-19 by CCRH in collaboration with National Institute of Virology and other related scientific organizations.

Phosphorus is complementary to Arsenicum album and Tuberculinum is complementary to Phosphorus. So the use of Arsenicum album followed by Phosphorus and then Tuberculinum in series is quite justified considering the homoeopathic principles.
The use of medicines in series (Belladonna, Calcarea carb, Tuberculinum in series) in preventing Japanese encephalitis, another viral disease has already established in Andhra Pradesh and Kerala.
These medicines are safe, economic, easily acceptable, and easily available all over India and this protocol of intervention can easily be implemented
Safety
Dr Hahnemann included Arsenicum album in Homoeopathic Materia Medica after studying its effects on healthy beings (proving in the language of Homoeopathy) in the year 1816 and Phosphorus in 1828. Since then both the medicines have been very commonly and widely in various diseases including respiratory ones by the homoeopathic physicians all over the world without any side effects. So their safety in human use has already been proved beyond doubt.
Similarly, the safety of using Tuberculinum in human beings has already been proved through long and wide clinical use since its first introduction in homoeopathy in the year 1879 by Dr Swan and Fincke.
Other advantages
1. Many people of our country have already taken Arsenicum album 30 as recommended by Ministry of AYUSH earlier. They can also follow this protocol without disturbing the action of earlier one.
2. All these three medicines are commonly used in homoeopathy, known to every homoeopathic physician and readily available in all the parts of India.
3. The cost of all these three medicines is low, easy to administer and follow the protocol.

The whole world is now under crisis of COVID-19. The efficacy of Homoeopathy in combating epidemic diseases is quite evident in our past experiences. India is the super power in Homoeopathy. The whole world is observing our activities and expecting some potential solution from us. Here is a chance to test the potentiality Homoeopathy while thousands of people are dying daily all over the world. Under such a grave situation we appeal to all the homoeopathic physicians to be united and to follow immediately whatever recommendations are suggested by CCRH and Ministry of AYUSH.
Let us unite and fight against COVID-19 through Homoeopathy.

Dr Dhirendra Got Clinical Trial Permission For COVID 19 In Chhattisgarh

An Appeal To The Homoeopathic Fraternity By Dr S. Bhattacharjee

Open Letter To AYUSH On The Treatment of Corona Covid-19 By Dr V. Krishnaamurthy 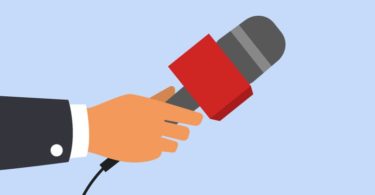 Maria Chorianopoulou, Director of the International Academy of Classical Homeopathy, calls for unity in the practice of homeopathy based on Hahnemann’s teachings and avoiding various practices that are labelled homeopathy, yet do not conform to its...