Otitis media can be well treated with homoeopathic remedies. It is important to remember that there are no homoeopathic specifics for otitis media, only remedies for patients who suffer from it. Because patients can have completely different symptoms of otitis media and their treatment depends upon the particular symptoms that each of them experiences. It is imperative to remember that each patient must be treated as a unique individual. Depending upon susceptibility, the dosage and repetition differ from each person.

Otitis media is a common early childhood infection. The peak incidence and prevalence of OM is during the 1st 2 yr of life. More than 80% of children will have experienced at least 1 episode of OM by the age of 3 yr.OM is also the most common cause of hearing loss in children. OM has a propensity to become chronic and recur. The earlier in life a child experiences the first episode, the greater the degree of subsequent difficulty the child is likely to experience in terms of frequency of recurrence, severity, and persistence of middle-ear effusion.

Anatomic features that make young children particularly, susceptible to ear infections include shorter, more horizontal and compliant eustachian tubes and bacterial carriage in the adenoids. Other risk factors include exposure to cigarette smoke, overcrowding, bottle feeding, cleft-palate, Down syndrome, allergy and immune dysfunction. These risk factors contribute to the pathophysiology of the two common varieties of otitis media, acute otitis media and otitis media with effusion. Accurate diagnosis of AOM in infants and young children may be difficult. Symptoms may not be apparent, especially in early infancy and in chronic stages of the disease.

Otitis media (OM) has 2 main categories: acute infection, which is termed suppurative or acute otitis media (AOM), and inflammation accompanied by middle-ear effusion (MEE),termed non-suppurative or secretory OM, or otitis media with effusion (OME). These 2 main types of OM are interrelated: acute infection usually is succeeded by residual inflammation and effusion that, in turn, predispose children to recurrent infection. MEE is a feature of both AOM and of OME and is an expression of the underlying middle-ear mucosal inflammation. MEE results in the conductive hearing loss (CHL) associated with OM, ranging from none to as much as 50 dB of hearing loss.

Manifestations include pain, restlessness, discharge and fever. Eardrum appears lustreless, rough and red initially. Later, collection of pus causes loss of its landmarks and its bulges outwardly. Perforation may occur, resulting in accumulation of pus in the canal. All infants with unexplained pyrexia and/or screaming should have AOM excluded.

Most cases recover completely. These children often carry a collection of sterile secretions in middle ear between acute attacks and are noted to constantly rub their ears.

Diagnosis can be established by inspecting the  eardrum with an otoscope.     The following can be seen according to stages.

The bulge of the drum is generally in the upper and posterior portion. When the short process of the malleus is no longer seen, the drum is said to be fully bulged.

Complications include, recurrent otitis media, perforation of the drum, acute mastoiditis with or without chronic otitis media, meningitis and cerebral abscess. The term otitis media with effusion refers to the middle ear effusion lacking the clinical manifestations of acute infection like earache and pyrexia. The effusion may be serous, mucoid or purulent. No treatment is usually indicated as in 90% of cases it clears by 3 months after the first episode of otitis media. If the effusion persists beyond 3 months (chronic OME).Chronic otitis media is characterized by perforation of the tympanic membrane with otorrhea and hearing loss (active COM) or only hearing loss (inactive COM).

patient and the severity of the case. In acute diseases, case taking will be easier because the symptoms will be fresh in the patient‟s memory and still new and striking. Often you will not have a “never well since” or mental/emotional symptoms in acute cases. However, if present, remember that they rank higher than the physical symptoms. Finding the acute totality which should include complete symptom with its characteristic location, peculiar sensation and qualifying modalities. Concomitants, if present is invaluable gift for a homoeopathic physician to find the correct prescription. These differentiating factors are referred to, as singular, uncommon, striking, any peculiar features of the case, by Dr Hahnemann.

Mode of treatment: This case has to be treated with lower potency of „CHAMOMILLA‟ i.e., of 30 potency with repetition.

The cycle of remedies: If this case(example 1) goes for a standstill, and the inflammation has not yet subside the next step is to give a complementary remedy. ie, which completes the action of the previous remedy with symptom similarity,i.e „BELLADONNA‟. It produces active , acute, and violent congestion and inflammation.

It is a rule after you have gone through a series of potencies, never to leave that remedy until one or more dose of higher potencies has been given and tested. But when this dose of a higher potency has been given and tested , without effect, that is the only means you have of knowing that this remedy has done all the good it can for this patient and that a change is necessary. A second prescription is sometimes necessary to complement the former and this is always a change of remedy.

Mode of treatment: This case has to be treated with lower potency of „HEPAR SULPH‟ ie, of 30 potency with frequent repetition till the symptoms subside.

In this case, the totality of symptoms helps us to finalize a constitutional remedy.

„Silicea‟ is the remedy that fits to this totality. According to the susceptibility of the patient, potency should be selected (Law of minimum dose and single remedy). Treatment mode is from lower potency to higher potency as the case indicates. Here, I suggest for a lower potency that is of „200 potency 1 dose‟. If the patient is improving, wait and watch till the action of remedy gets completed. Depending upon the intensity of symptoms and recurrence the second prescription is done. Repetition is done if the case goes to a standstill state and potency should be increased as the requirement of the case, i.e. 1M, 10M etc.

The cycle of medicine: In the above case, if there is an acute exacerbation, the best medicine to be thought of is “PULSATILLA”. It is the acute of “SILICEA”. The presentation of the acuteness of symptoms is as similar to that of silicea.

Example 4: If a child suffering from burning pain in the ear, which is relieved by warmth and aggravated at midnight.

Mode of treatment: The remedy to be thought is „ARSENICUM ALBUM ‟ in lower potency with repetition.

Example 5: A case of chronic catarrh of the middle ear with symptoms of bloody and offensive discharge from the right ear with tearing pain. Agg: night, cold and wet weather.

„MERCURIUS‟ – In chronic catarrhal inflammation of the middle ear; Mercury is one of our best remedies, and probably the best remedy we have, and the most suitable preparation to use is the Mercurius Dulcis.

Along with the Homoeopathic remedy, some measures are needed for faster recovery.

Belladonna: Tearing pain in the middle and external ear. otitis media. The child cries out in sleep; throbbing and beating pain in deep in-ear synchronous with a heartbeat. Agg: touch, noise, jar, draught.

Hepar Sulphuris Calcareum: Discharge of fetid pus from the ears. Darting pain in the ears. The hardness of hearing, with pulsations and buzzing in the ears, esp. in the evening in bed. Worse: dry cold winds, cool air, touch. Better, in damp weather, from wrapping head, from warmth. Suppurative otitis media.

Mercurius Solubilis: Thick yellow discharge; fetid and bloody; otalgia worse warmth of bed; at night sticking pains; pain extends to the ear; from teeth, throat etc. As if cold water is running from the ear.

Silicea: It begins as a dry catarrh of the middle ear; offensive, watery, curdy, with soreness of inner nose and mastoid process.

Letter To The Editor: Clinical Trial Of Homeopathy In Rheumatoid Arthritis 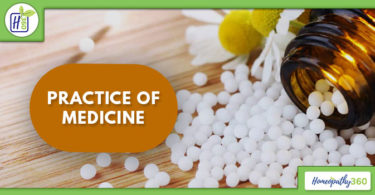 Abstract:Warts are extra growth of epidermal layer of skin which are benign in nature. Around 10% of world’s population is suffering from warts of different types. In school children it is 10-20% and it is common in immunocompromised patients &... ABSTRACT: ​The high and only mission of a homoeopathic physician is to restore the sick to health.​1 Homoeopathic treatment aims to enhance and stimulate body’s ​immune system​ and self-regulatory mechanisms. Constitutional refers to treating a...