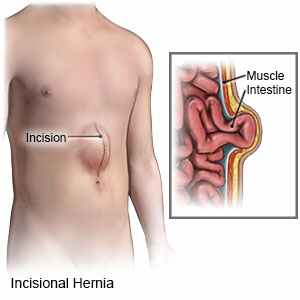 In the present day scenario, the increasing rate of caesarean sections is a well-documented fact. A rise in c- sections in the country leading to a high incidence of Incisional Hernia near Umbilicus mainly in upper segment c- section( Midline Vertical section).An incisional hernia results from an incompletely healed surgical wound. It is usually seen as an abdominal wall defect at the site of the previous incision following a breakdown in the continuity of the fascial closure. As many people state that there is a limitation in Homoeopathy for surgical cases I want to present the case to throw light in this aspect with Homoeopathy. In the present case  Homoeopathy Remedies NuxVomica, Cocculus gave depending on physical generals and Sphere of Action respectively. Thuja is given as Intercurrent. Patient Felt better and there was a decrease in the size of hernia on Ultrasonography.

Incisional hernia arises through a defect in the musculofascial layers of the abdominal wall in the region of a postoperative scar. Thus, they may appear anywhere on the abdominal surface. Midline Vertical C- Section is one of the reported causes leading to incisional hernia that may be clinically visible months or years after index surgery.(1)

Incisional hernias have been reported in 10–50% of laparotomy incisions and 1–5% of laparoscopic port-site incisions. Usually, hernia appears at end of the incision so it appears as Umbilical Hernia. (1)

An incisional hernia occurs most often in obese individuals, and a persistent postoperative cough and postoperative abdominal distension are its precursors. An incisional hernia usually starts as a symptomless partial disruption of the deeper layers of a laparotomy wound during the immediate or very early postoperative period. Often the event passes unnoticed if the skin wound remains intact after the stitches have been removed (or because subcuticular stitches have been used which remain in place). Attacks of partial intestinal obstruction are common and strangulation is liable to occur at the neck of a small sac or in a loculus of a large one.(1)

These hernias commonly appear as a localised swelling involving a small portion of the scar but may present as a diffuse bulging of the whole length of the incision. There may be several discrete hernias along the length of the incision and unsuspected defects are often found at surgery. Incisional hernias tend to increase steadily in size with time. The skin overlying large hernias may become thin and atrophic so that peristalsis may be seen in the underlying intestine. Vascular damage to skin may lead to dermatitis. Attacks of partial intestinal obstruction are common because there are usually coexisting internal adhesions. Strangulation is less frequent and most likely to occur when the fibrous defect is small and the sac is large. Most incisional hernias are broad-necked and carry a low risk. The contents of ventral incisional hernia are usually small bowel loops or omentum. (1)

CASE REPORT: Patient CH. Ramani aged 29yrs visited OPD of Aarogya Homoeo Care  Regd No:120 with Pain in the umbilical region mainly after exertion and mild swelling in the umbilicus with no prominent discharge. The swelling related to exertion for 6 months. Since then she didn’t consult any physician for the complaint. She did not report any major trouble associated with it. On further investigation, she revealed pain in umbilicus since delivery. As there was a suspicion of  Hernia I advised her to go for USG of abdomen and pelvis to rule out Incisional /Umbilical hernia.

All physical generals are good except Bowel movement which she complains alternate days or some times 2 to 3 times per day with incomplete evacuation. The stool is hard. She usually desires warm weather as cannot tolerate cold weather. Sleepy in the morning hours.she is Thirstless. Menses regular.2 children C section, one missed abortion at the 3rd month and one induced abortion.First USG report with which she consulted me:

USG of abdomen and pelvis:November 2016 On the basis of physical generals and Centre of action and Diagnosis, I have selected the Remedy

The weakness of the abdominal ring region(Nux Vomica)(3)

Pain in Abdominal ring, Abdominal muscles weak as if hernia would protrude. (3)

Repertory sheet with one Prominent  Physical general and diagnosis: Course and Progress of Treatment: 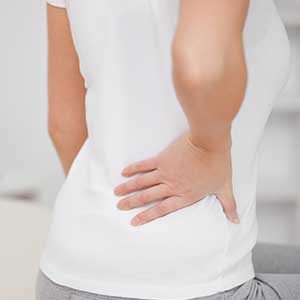 Risk of incisional hernia following midline vertical incision is much higher than in transverse Pfannenstiel incision or Joel C.Cohen incision. Diagnosis of incisional hernia is made within 12 months of index surgery in half of the patients while another 30% are diagnosed in the second and third year after caesarean section.

The occurrence of incisional hernia is likely in the presence of predisposing factors such as poor surgical suture technique especially with ‘absorbable catgut’. Interrupted fascial suturing is more likely to give way and result in an incisional hernia. Presence of obesity, sepsis, diabetes, anaemia, poor nutritional status, smoking and chronic cough are other demographic factors that increase the risk of incisional hernia. (5)

In my Initial practice, there was great inhibition for myself that Homoeopathy has many limitations and was afraid to take up some surgical cases and Emergencies. As Mrs CH. Ramani was not interested in surgery after being diagnosed with hernia visited me for medication. I have taken her consent regarding it and started treatment.

As U all have gone through the way I have prescribed might be not digestible to many but I have already stated that I was not confident enough to take up the case so repeated the remedy and even alternated with another remedy daily and given the other remedy as intercurrent also. My main aim was to however help the patient not to go for surgery.Initially, there was no change but the patient believed in me and had a long wait, then slowly change started which I provided evidence through Scans in the case report.

Of course, am indebted to the patient as she believed in me and continued to use medication with hope as it helped me to take a step forward to take many surgical and emergencies.

Patient with all interest gave her Reports and information for the Publication as she was very happy about the improvement.

I am grateful to the patient for her consent and co‑operation in continuing the follow‑up. I would also be thankful to my Family members who give me constant support.

Abstract: Pain is a sensation which leads patient to come to physician for relief which leads...

There is a Japanese proverb that says, “First the man takes a drink, then the drink takes a...