Homeopathy movie to screen; filmmaker to be on hand - homeopathy360 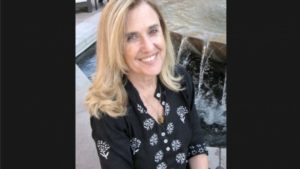 An evening watching a 67-minute documentary about medicine doesn’t sound like a typical night at the movies.
However, filmmaker Laurel Chiten’s movie, “Just One Drop,” set for a special one-night screening at the Movies at Cranberry isn’t just about medicine. It’s designed to be a thought-provoking journey into the world of a controversial system of good health and well-being.

It asks the viewer -in a time when both health care and a person’s right to choose are hot-button subjects -a question. Just how much choice should someone be allowed when making what could be a life-or-death decision?
It’s just one of the issues in which “Just One Drop” delves. In addition, Chiten, whose movie has appeared in more than 200 theaters in 33 countries and in various languages, will be on hand at the screening in Cranberry to meet attendees and answer questions.
An award-winning and Emmy-nominated filmmaker, Chiten has been in the business of making movies for more than 30 years. Her main focus is real-life, educational medical films that have been used at Harvard Medical School, UCLA and MIT, and she has seven celebrated documentaries that have been featured at film festivals worldwide.
So why make a movie about what some people perceive as an implausible form of medicine, as the mere mention of it can spark vehement debate?
“(As a child) I was one of the few Americans that actually knew what homeopathy was,” Chiten, who lives in Manhattan, said in a phone interview.
However, Chiten said she became skeptical of the practice and began to discredit and disbelieve it as she grew older.
That is until a friend experienced her own “homeopathic miracle cure.”
“I got really curious,” Chiten said.
Homeopathy, a form of medicine developed more than 200 years ago by German physician Samuel Hahnnemann, operates under the doctrine “like cures like.”
A homeopath will prescribe a minute dose of a substance that causes the same symptoms of the disease being treated, which “assists the body to heal itself, to overcome an illness,” according to a brochure of a local homeopath who worked in conjunction with Chiten to bring “Just One Drop” to Cranberry.
The process of creating a homeopathic remedy, as described in the film, is essentially taking a raw material – be it plant, mineral or sometimes even animal in nature – and making an extract of it. The extract is then diluted and taken through a process called succussion, or shaking with an impact.
At the end of the preparation, just one drop of the solution is put into a bottle of sugar pills, which is the finished remedy.
The glaring issue most critics take with these remedies, according to the film, is they are often so diluted there is not a single molecule left of the original substance. However, according to the film, on a physics level researchers are finding there is something that remains in the water.
Still, homeopathy has been labeled by some as a pseudo-science, and those against it claim homeopaths are taking advantage of their patients and selling them false products that guarantee miracle results.
However, in the film, physicist Dr. Alexander Tournier, executive director of the Homeopathy Research Institute, gives credence to homeopathy.
“If we have to rewrite part of science, fantastic, that is what research is all about,” Tournier said.
Chiten hopes the film will spur people to look at the whole story of homeopathy, rather than just what the critics say, and “understand it with an open mind.”
Although Chiten believes those who are decrying homeopathy are trying to protect people, she wants the world to step back and wonder if homeopathy has really been given a “fair shake.”
“It’s totally implausible, that makes it impossible,” she says is the mind-set of skeptics, and even most people who find themselves in a homeopath’s office.
So, is it possible that 200-million plus people who use homeopathy and swear by it are under a delusion?
“I would love to invite people who are skeptical,” Chiten said.