After a year’s delay, National Council for Homeopathy’s Elections will now be held - homeopathy360 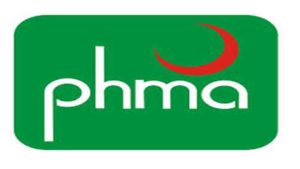 The National Council for Homeopathy is holding elections in which more than 48,000 doctors will exercise their right to vote to elect 13 office bearers across the country. More than 47 candidates are in run for the different slots from three panels – Pakistan Homeopathic Medical Association (PHMA), National Alliance (NA) and Society of Homeopathic (SOH) – are taking part in the elections.

Out of 13 office bearers, two teachers will be elected from all over the county, five from Punjab on general seats, three from Khyber Pakhtunkhwa, two from Sindh and one from Balochistan.

Javed Awan and Mahmoodul Haq are contesting on teacher seats from PHMA, while Rao Ghulam Murtaza, Irfan Wali, Faisal Salim, Naeem Hafeez and Tabassum Hussain are their candidates on general seats from Punjab.

Election of the National Council for Homeopathy is held after every five years, but due to the reservations on voter list, the elections are delayed for now another year.

Teachers of the Homeopathic Medical Colleges will cast their vote for the teacher seats while doctors and teachers will cast vote to elect members on general seats.

Dr Mahmoodul Haq who is contesting the election on teacher seats said, the current voter list is very fair, those who are still raising the allegations are basically want to run away from election.

Dr Nasir Ahmed Chaudhry who is a candidate of NA from general seats said, we have some reservation on the teachers’ voter list. The addresses of many voters are wrong, while many homeopathic colleges do not exist at the given addresses, but “we are hopeful that retorting officer will resolve these issues before elections”, he said.