The High Court has Rejected a Legal Challenge by the British Homeopathy Association to Block Plans to no Longer Routinely Fund Homeopathy on the NHS. - homeopathy360 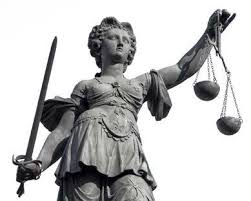 Under a bid to secure a more efficient service, NHS England published guidance late last year designed to curb prescriptions for 18 ineffective, unsafe or low clinical priority treatments, including some dietary supplements, herbal treatments and homeopathy, which it said would save up to £141 million a year.
But the BHA said it had identified “serious flaws in the way the health commissioning authority consulted the public on this issue” and so sought a judicial review of the guidelines.
The charity’s main claims were that NHS England’s consultation “misrepresented homeopathy and therefore was unfair; and a report used in the consultation to inform the public was so complicated it would deter rather than encourage people to respond”.
The judge found there were sufficient grounds for a judicial review, but after four days of legal arguments dismissed the claims, the BHA said.
“That NHS England attracted fewer than 3,000 responses from patients to a national consultation that ran for three months highlights its failure to genuinely engage with the public on important decisions about healthcare provision,” commented Margaret Wyllie, BHA Chair, arguing that the case “highlighted how health bosses were unfairly manipulating the consultation process and making decisions about healthcare services without genuine patient engagement”.
“The only information about homeopathy that NHS England provided was an outdated report that was critical of the therapy. And although it did contain the case for homeopathy as put by scientists, doctors and patients, it is preposterous to think the public were going to read a complex report of over 275 pages to help inform their response to the consultation,” she noted.
However, NHS chief Simon Stevens stressed: “There is no robust evidence to support homeopathy which is at best a placebo and a misuse of scarce NHS funds. So we strongly welcome the High Court’s clear cut decision to kick out this costly and spurious legal challenge.”